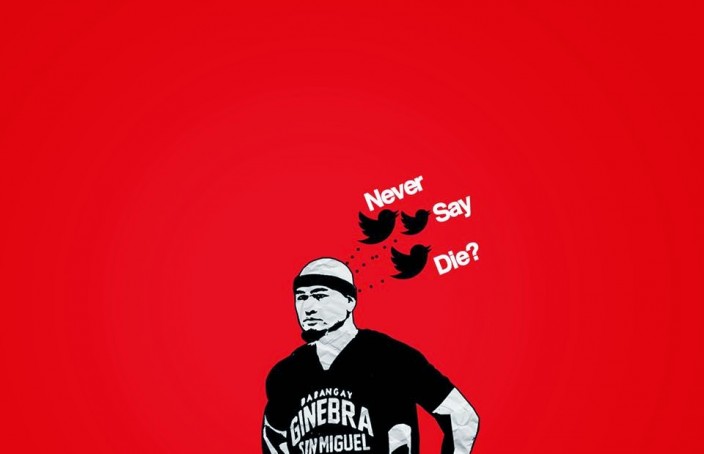 The sequence of events is pretty much predictable after every Japeth Aguilar throwdown: chest bumps, high fives, towel waves, and deafening chants of “GI-NE-BRA.”

But down 13 points to a mighty Talk ‘N Text squad in the fourth quarter of a do-or-die game in the quarterfinals, not a single teammate celebrated after Aguilar delivered a thunderous slam. There was only deafening silence from the “Ginebra faithful,” who were already back on the streets, trying to escape the mess that has become Barangay Ginebra.

The dunk gave the Kings their last two points in the Commissioner’s Cup. It was another disappointing exit despite having a heavily bankrolled, star-studded roster.

Yes, you win some, you lose some. But what pains fans the most is that it seemed Ginebra didn’t even bother to compete. Never-say-die? How about never-even-put-up-a-fight?

The Kings’ struggles have been highlighted not because of the longevity—their last title was in the 2008 Fiesta Conference —but by the manner of which they were losing. Predictably so, diehards blasted the team’s seemingly lack of effort in crucial games. But it would take a barrage of tweets from one of the players to shake things up at the barangay.

Caguioa could have stopped there, but more was to be said.

He wasn’t called The Spark for nothing, after all.

All this talk, obviously meant to fire up the team, did not sit well, presumably, with one of his teammates.

L.A. Tenorio reacted as well on Twitter but was more economical in his use of the 140-character limit.

While he never admitted that it was in response to Caguioa’s Twitter tirade, you don’t have to be an expert to deduce that it had to do something with it.

Aside from Tenorio, one of the Ginebra icons Caguioa mentioned was also put off by the interactive tantrum.

He wasn’t called The Destroyer for nothing, after all.

What he may have failed to see, however, is that the Ginebra of today is in no way shape or form, similar to the Jaworski-led team that championed the never-say-die spirit.

This Ginebra squad is no longer an underdog. When you bag a seven-foot rookie standout and pair him with a high-flying, rim-rattling 6’9” beanpole, plus boast of an All-Star backcourt, you’re supposed to win. With the Kings’ current lineup, a quarterfinals finish is simply unacceptable.

Of course, the usual scapegoat, albeit unfairly, is the coach. Why can’t he maximize the overflowing talent at his disposal? Why doesn’t he give this guy more minutes? Where are the adjustments? The complaints are endless.

Naturally, he’s expected to implement the famed Triangle. But in his coaching debut against GlobalPort, it was hustle and defense that stood out.

In one frantic sequence in the second quarter, Mac Baracael shot and missed an ill-advised transition three, but Caguioa grabbed the offensive rebound and passed it to Slaughter. He, however, missed his jump hook, resulting to a fastbreak at the other end. But four Ginebra players were able to sprint back to prevent an easy lay-up.

The next play, Baracael missed another three-point attempt, but Emman Monfort, all 5’6” of him, grabbed the offensive board and dished to Caguioa for a wide-open long range bomb.

There were chest bumps and high fives. In many instances during the game, the crowd chanted “GI-NE-BRA.” The Kings won by 18 points.

It’s too early to tell if Ginebra has indeed turned things around and if the players have heeded the wake-up call. After all, GlobalPort, which won a single game the previous conference, isn’t exactly a championship contender. But hours after the game, no tweets came from Caguioa. That’s a good start.

Mark Caguioa talks about one of his favorite Ginebra teammates

Can’t knock the hustle: Journey of an aspiring PBA player