The Spurs can count

We’ll just let this—what’s that cool word, swag?—championship shirt do the talking. We all know what the shirt’s referencing.

We’re just truly fascinated by this old photo of the French BFFs. FYI: Boris Diaw was Tony Parker’s best man during his wedding with Eva Longoria. 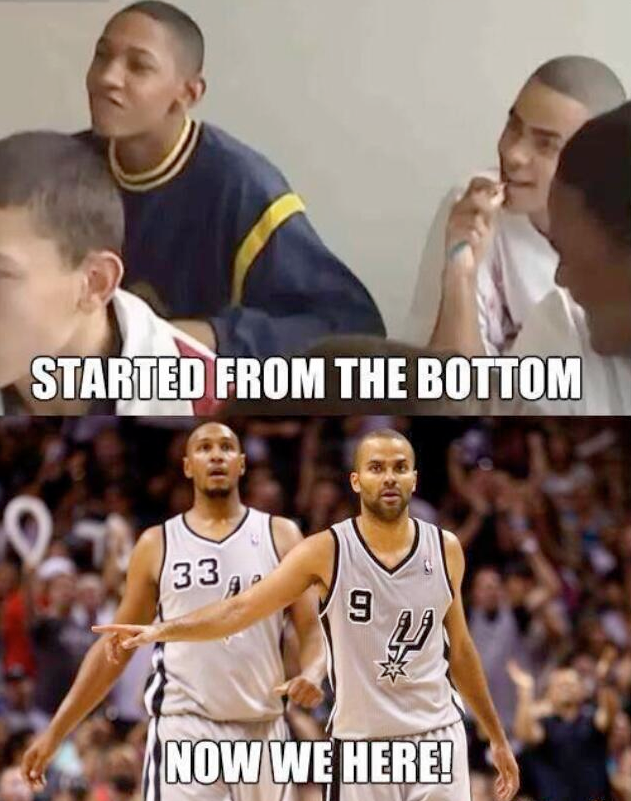 Now that the NBA season is over, the entire world is solely focused on the FIFA World Cup in Brazil. So naturally, Kobe Bryant had to be there. Well, to be fair, it was Nike’s idea to fly him there. Kobe dropped by a local Nike store in Rio de Janeiro and couldn’t resist playing some football with the locals.

His knee looks good. Also, he looks like he doesn’t age. He looks like a 2000 edition of Kobe in the video.

Over in the local college hoops front, Adamson’s 78th UAAP season campaign was dealt a big blow as go-to-guy Jericho Cruz has decided to forego his eligibility to join the PBA Draft. With new teams in the league, Cruz perhaps felt he could immediately get minutes and make an impact.

With hulking import Ingrid Sewa already being scratched off the lineup reportedly due to bad behavior, the Soaring Falcons will definitely have a tough season ahead. Celedonio Trollano, time to shine!

The utterly insipid UAAP Residency Rule has kidnapped another talented youngster in Hubert Cani. It looks like the former NU Bullpup and reigning Juniors Finals MVP will sit out his first two years with Ateneo after NU didn’t give him his release papers.

It’s extremely infuriating why a school would prevent a kid from picking his college. It doesn’t matter if his choice is entirely for his basketball career or for getting better education. It’s his choice! Let him decide. The schools don’t own the kids.

Out of sheer frustration, Cani’s mom penned an open letter to Rappler in hopes of finally getting release papers for his son, who is arguably the best guard coming out of the high school ranks this season.