Now that Blatche has arrived, the biggest question obviously is what’s next for Marcus Douthit? He’s been nothing but professional about the entire situation though. He even attended the Senate hearings for Blatche’s citizenship to vouch for him and the benefits of having a naturalized player for Gilas.

Douthit has been extremely dedicated to the national cause since he arrived in 2010 and it’s sad to see him lose his spot for the FIBA World Cup, which is the reason why he was acquired by Gilas in the first place. But as coach Chot Reyes says, he wants to put Gilas in the best position to win and right now, Blatche seems like a better choice, although Douthit is more familiar with the system and the other players.

Someone should really make a fitting, tug-on-your-heartstrings tribute to Douthit for all his contributions and for being one heck of a kababayan. He’s really set the bar high for Blatche.

The La Salle Green Archers added another hardware, although less shinier, to their ever expanding trophy case after beating NCAA kings San Beda Red Lions in the FilOil Preseason Cup finals. Of course, a celebratory photo is in order. 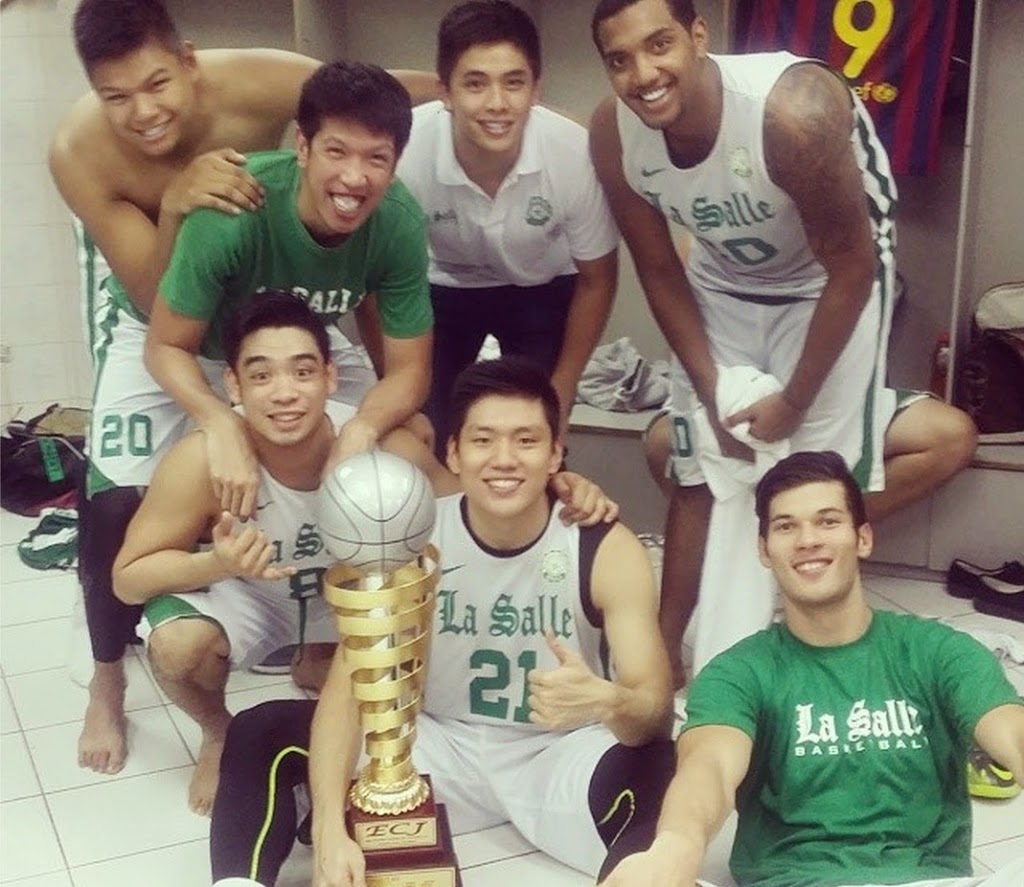 At the media availability press conference for Game 2 of the NBA Finals, Dwyane Wade had fun with LeBron James and asked him when he’ll end his Q&A and start practicing with the team. Quite wittily, LBJ responded with Allen Iverson’s infamous “practice” rant. Was it planned? Because the timing of the reference was perfect. It was A.I.’s birthday yesterday.

Stop speculating where Kevin Love will end up. We now know the answer. In the Philippines, where else?

Note: This is true. This is not just a Photoshopped joke. Hopefully, Jericho Rosales will teach Love how to properly apply Master Eskinol.