Now that the LeBron James frenzy has died down, USA Basketball announced its roster for the 2014 National Team training camp. These players will vie for slots in the 2016 Olympics.

We’re not surprised that LeBron, Kobe, Melo, Chris Paul, and Dwight Howard aren’t included anymore. Time to give chance to other younger players. But conspicuously missing are Russell Westbrook, LaMarcus Aldrige, and Finals MVP Kawhi Leonard. We understand Russ’ exclusion because of his me-me-me tendencies. But LA and Kawhi? They could’ve left out The Manimal and pogi boy Parsons.

LeBron James was one of the VIPs in the World Cup Finals between Argentina and Germany. It was a breath of fresh air for him after his stressful free agency. Judging by his and Anderson Varejao’s Instagram posts, it was obvious that LBJ had a good time. Going as far as saying that it was the greatest sporting event he has ever been to.

Witnessing a nude guy streak on the field was the cherry on top (here’s the link).

Adamson 6’7” rookie Matthew Aquino will never forget his UAAP debut. Of course, he has Kiefer Ravena to blame. Welcome to the UAAP, young blood! Here’s a poster as a remembrance.

Good thing, the Skyscraper’s son was sport and candid about it.

The Gilas boys didn’t break a sweat against Singapore in the FIBA-Asia Cup to capture their second straight win. In fact, they probably had a harder time doing their best “Haller” pose (copyright Ranidel de Ocampo) after their walloping win.

J-Swish must be more of a Nicki Minaj fan. 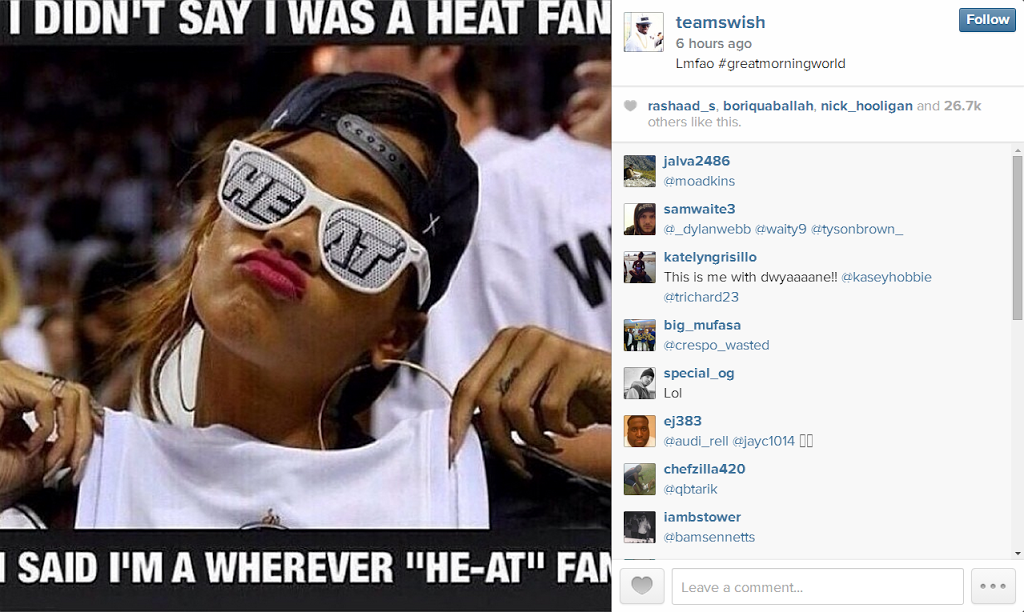