Season 77 of the UAAP will kick off in a couple of weeks. Here are the lineups of the eight teams competing for another season of school pride, hoops glory, and the monumental chance to guest on Gandang Gabi Vice.

On paper, who do you think will make it to the Final Four? If we’re a betting man, we’ll take, in order, La Salle, UST, Ateneo, and UE.

The tuna opts out

You know that “Gone Fishing” meme for teams that got eliminated in the NBA Playoffs? Well, LeBron took it literally and went fishing with his nine-year-old son, LeBron Jr. But while the four-time MVP is one of the more poised players in the NBA, he went bat-shit crazy when his son caught a tuna.

WHAT COLOR IS IT?

Speaking of LeBron, here’s a nice non-tuna-related story: Once upon a time, Joel Embiid tried to recruit LBJ to the Sixers with several tweets. LeBron didn’t respond. Embiid blocked him on Twitter. The end. 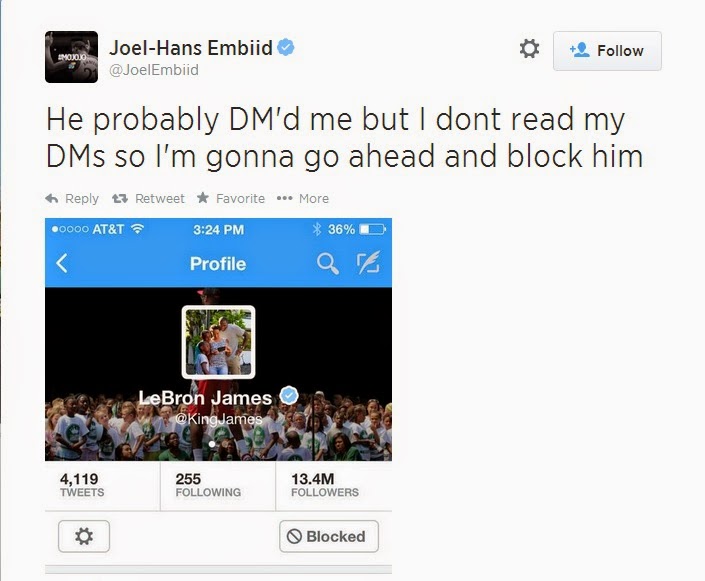 The 30 best NBA commercials of all time? Yes, please. YES! If we’re picking a favorite, we’re going with Blake Griffin and Dr. Drain by the slimmest of margins.

Here’s the link from dimemag.com.

This is a little late, but we guarantee you it’s still worth watching, especially Doug McDermott’s parts. Another gem from Funny or Die.