November 14, 2014
If watching the games live, catching the replays, highlights, and postgame shenanigans still can’t quite satisfy your basketball soul, here are 10 films, in no particular order, that BuhayBasket believes every basketball junkie should watch. Also, it seemed like a good excuse to discuss “Dobol Dribol” aka the best Filipino film ever made.

Duane Martin almost played in the NBA but never did. But at least he got to showcase his skills in what seemed like the longest basketball montage since forever. Tupac, playing a foul-mouthed thug, stole the film, of course. In the clip below, security guard Shep shows Kyle that he can actually, uhm, guard:

Ray “Jesus Shuttlesworth” Allen and Denzel Washington (in his brand new Jordan XIIIs) as son and father, playing one-on-one, and talking trash in a Spike Lee joint. If all that aren’t enough to convince you that this film is the ultimate basketball movie, perhaps cameos by Rick Fox and Travis Best should do the trick. Watch Jesus and his almighty father battle it out on the court:

Before Leonardo DiCaprio was Romeo and “the king of the world,” he was Jim Carroll—“a troubled kid in a crazy city.” There’s basketball, there’s drugs, and a sense of reality that the Robert Swifts of the world can probably relate to.

If you’re looking for the trashtalk bible, this film is it. Wesley Snipes and Woody Harrelson are definitely on top of their game on this one. Woody will dunk on you, and he will not shut up about it.

“I’ll tell you what. Why don’t we take all these bricks and build a shelter for the homeless, so maybe your mother will have a place to stay.”

Charles Barkley: I won’t go out with Madonna again.

If coach Norman Dale’s words haven’t inspired you yet at any point in your life—before a big game, an important meeting, or a dentist appointment—then you’re probably doing it wrong. This film has all the elements of an underdog story that Pinoys are suckers for (see: Gilas Pilipinas), just ignore the fact that the film is set in 1950s Indiana.

“Strap, God wants you on the floor.”

“The Jimmy Dolan Shake and Bake” is what the film was remembered for, overshadowing the more iconic, deeper “I play for Winabi.” This is a feel-good movie set in Africa that won’t have the highlights you’d probably look for in a basketball film. But that title though. 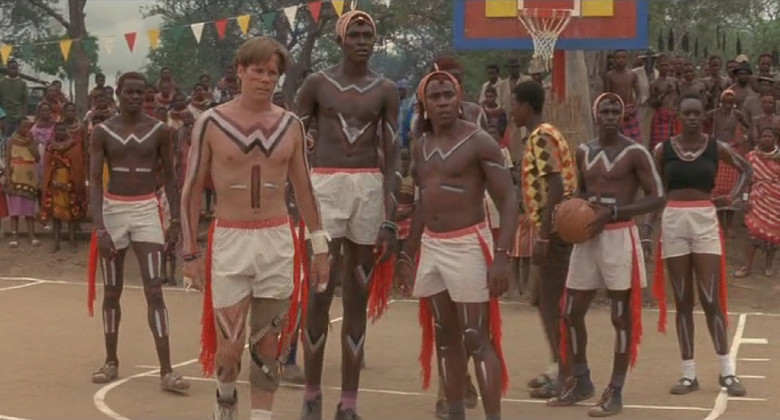 “You came halfway around the world to watch me play basketball?”

“When we step on the floor every second that clock is ticking, we are pedal to the metal, we run the ball, we pressure the ball, and most importantly we control the tempo of the game, we make them play Richmond Oiler ball.”

The Captain shows that not only can he get buckets, he can also, you know, memorize some lines. It’s also fitting that the most popular PBA star of his generation remakes the 1979 original, which starred the Living Legend Robert Jaworski and Nora Aunor. This film has copious amounts of basketball footage featuring Alvin Patrimonio and a bunch of unknowns as well as singing bits from a pre-tatted Aiza Seguerra.