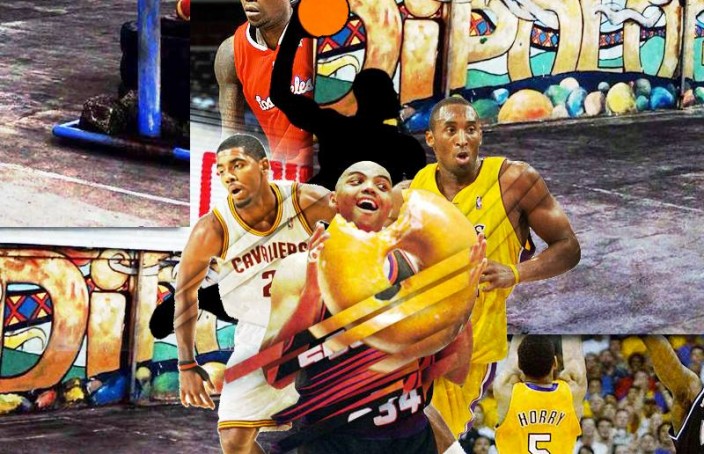 Tagged with NBA, PBA
Spread the love
Whenever you’re in a pick-up game, there will always be regular-looking fellows, guys who look like they don’t belong on the court. They’re either wearing a t-shirt instead of a jersey or sporting a bagong-gising look. But actually, they are the guys you need to watch out for aside from the obvious stud on the opposing team. If you disregard them, which you’ll likely do mainly because of their appearance, your team will probably lose.

Through our vast experience of getting embarrassed by these guys, we now perfectly know who they are. We have identified them and put them into six can’t-miss types. You need to check-ch-check-check-check-ch-check ‘em out if you don’t want your ass to get handed to you by these inconspicuous ballers. 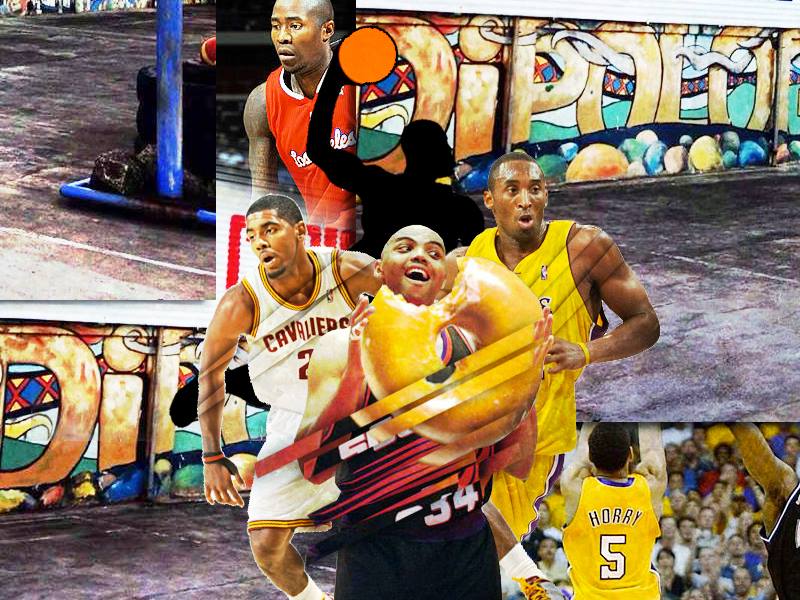 Don’t be fooled by the chunky guys. They may look slow, stamina-deprived, and have the leaping ability of a corpse, but in reality, they’re pretty good. Most of the time, they run fast for their size, got decent handles, and have the hang-time to do double pumps. Playing with them puts a bit of bitterness in your heart, seeing how they can easily do moves that even a strict dieter like you can’t pull off. They also sweat heavily, which will leave a bit of bitterness in your nose as well.

The next time you see an out-of-shape dude dribbling the basketball like a Milo Best alumnus, put one of your best defenders on him immediately. Don’t leave him—either sa kusina o sa court. The chubby guy is usually one of the top three players because he can throw his weight around. And when he’s done devouring you on the court, he’ll gorge on beef pares, three cups of rice, and a litro of RC Cola in the nearby eatery, satisfied with another good performance.

This guy is very annoying to play against, basically because he gets the easiest buckets in ways that’ll make you feel slighted. A split second after knocking down a hard-earned basket, you’ll see Mr. Fastbreak on the other end of the floor, dribbling like a maniac with a smirk on his face as he goes for an unmolested lay-up.

His favorite tactic? Playing defense without actually playing defense.  He pretends to guard the guy with the ball, halfheartedly flailing his arms. Then as soon as the ball leaves the shooter, he’ll channel his inner Usain Bolt towards the goal, shout “PRE!” or “WHOO!” or “BATOOOO!” and wait for an outlet pass. This play has been done since Addoin was neck and neck with Nike in the #shoegame.

Always lock down Mr. Fastbreak, especially when his team is on set point. If you forget about him, you can also forget about winning the game. Or just wait for his teammates to get irritated by his purely offense instincts.

It’s very hard to beat a team with a terrific outside shooter. And there a lot of them out there so beware. If you’re playing against someone who has swished five in a row or if his teammates immediately raise their hands when he hoists a shot, that dude is the pick-up game sniper.

Don’t focus on his tito-quality set shot and don’t judge him by his non-existent athleticism, if he’s making it rain, he’s your mark. The best thing to do with this type of player is to go tight man-to-man or just challenge the heck out of his every shot. Because as Mark Jackson says, hand down, man down! Remember, all these accurate outside gunners can knock it down from anywhere in the perimeter so make sure you don’t give them any room to pull the trigger.

The guy with the old man’s game is the craftiest player on the floor or in Tagalog, pinakamagulang. You’ll scratch your head thinking how he scores and rebounds against taller and faster guys. He makes his presence felt not through athletic gifts but through smarts and physicality. Because he’s got high basketball IQ, he makes the right plays, makes good passes, and always gets a quality shot.

He also maximizes the use of his forearms and hips in defending people, pushing them out of their comfort zones. He likes to slap the ball off a driving opponent and almost always gets it clean. And when he doesn’t, he makes sure you’re not getting an and-one. So, how do you deal with a clever player who likes to play physical basketball? It’s simple: just suck it up.

How to spot The OMG Guy:

Take notice of the guy who’s missing his shots all game long. If his teammates continue to set him up despite the piles and piles of bricks he’s chucked like Dwight Howard with a blindfold, he’s a dangerous man. In a crucial defensive possession, make sure to cover him. Because if he’s able to stroke it, chances are, he’ll drain it.

The reason behind his team’s unwavering trust despite his horrible shooting performance is because he’s got a knack for hitting clutch baskets. He’s always been the Big Shot Bob of his crew. Perhaps even in picking up (slightly drunk) girls. Don’t leave him open. More importantly, don’t tap the ball towards him when battling for a crucial rebound (see Divac, Vlade).

After winning a game and the guys you just defeated are overly competitive, they’ll probably ask for an immediate rematch. They’ll say “REBANSE!” with an obviously irked tone. Just like when you say “OKAY!” when your beh says she wants to visit one more shop before you go home.

The thing is, with their Kobe-like desire to win, they’ll replace one of their weaker teammates with someone who’s waaaaaaaaaay better. It doesn’t matter if he’s still at home wearing boxers, eating leftover adobo, while laughing his ass off to Eat Bulaga!, they’ll call him up just to exact revenge. And you’ll feel cheated.

When this happens, brace yourselves for a much higher level of competition. You got to step your game up or you’ll get destroyed. Although facing a super sub sounds daunting, it doesn’t mean automatic defeat. You can still prevail against your souped-up opponents. All you need is the proverbial PUSO! even if it’s just pick-up basketball. After all, no one likes to lose.

So, who are you? The Chubby Dude? Mr. Fastbreak? The Unbelievably Great Shooter? The OMG Guy? The Robert Horry? The Super Sub? Or the heckler on the sidelines?

Mark Caguioa talks about one of his favorite Ginebra teammates