Skip to content
Home
Features
2015 NBA Draft Review: Bridging the Past and Future

2015 NBA Draft Review: Bridging the Past and Future

Draft day is in the books! For the fans of the lottery teams, the draft packed the drama and pressure of a seven-game playoff series in a three-hour event. Just like past editions, there were on-the-money picks and absolute head-scratchers. There weren’t a lot of blockbuster trades this year, but there’s definitely no shortage of bold decisions that have already sparked intense debates.

The Internet’s already abound with draft reviews (let’s-grade-the-team articles seem like the most popular). So let’s change things a bit, just like Steve Kerr did in Game 4 of the Finals, and try an unorthodox way to analyze D-Day 2k15 by bridging the past and the future. Let’s take a look at how fate and history have treated the first five selections of the NBA Draft.

There’s no greater amount of pressure on anyone than being the No. 1 pick. Simply put, he’s deemed to be the best. To be fair with this particular selection, history has been particularly good with numero uno, with all-time greats such as Kareem, Magic, and LeBron. 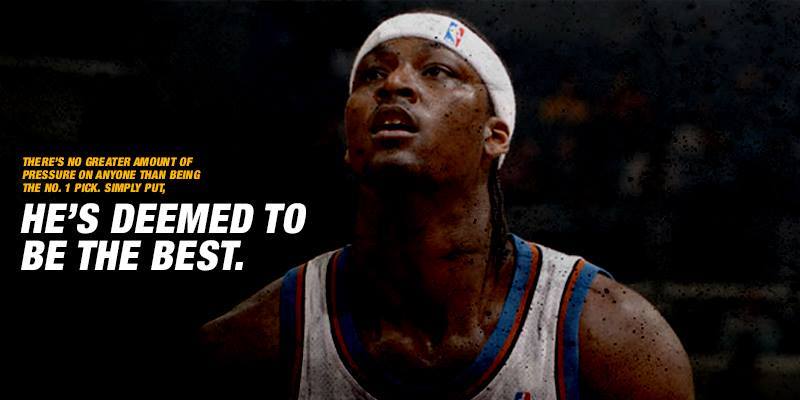 It’s also quite interesting that Pick No. 1 has landed most of the best big men in NBA history. Aside from Kareem, there’s Shaq, The Dream, Tim Duncan, Patrick Ewing, David Robinson, Elgin Baylor, and Bill Walton. If you want to go way back, there’s the dominant Walt Bellamy and the original Mr. 30 and 10, Elvin Hayes.

Towns’ versatility and work ethic make him a star in the making. He’s part of basketball’s new breed of big men, who can extend the floor on offense, while protecting the rim on defense. With that kind of skill set, success is inevitable for the guy.

Lala Land hogged the sports headlines during Draft Day as they surprised everybody by not picking the “Mock Draft-approved” Jahlil Okafor. Instead, the LA Lakers went with D‘Angelo Russell, who many believe has the best chance to be a superstar out of all the 2015 rookies.

I’m sure Purple and Gold fans will find comfort with this tiny coincidence: The winningest player in NBA history was also drafted No. 2 overall and how fitting that they share the same surname. Yes, in 1956, the St. Louis Hawks chose Bill Russell with the second overall pick but traded him to the Boston Celtics for Cliff Hagan and Ed Macauley. Russell won 11 championships in 13 years. A feat so great, we’re betting everyone’s salaries that nobody will ever match that record. 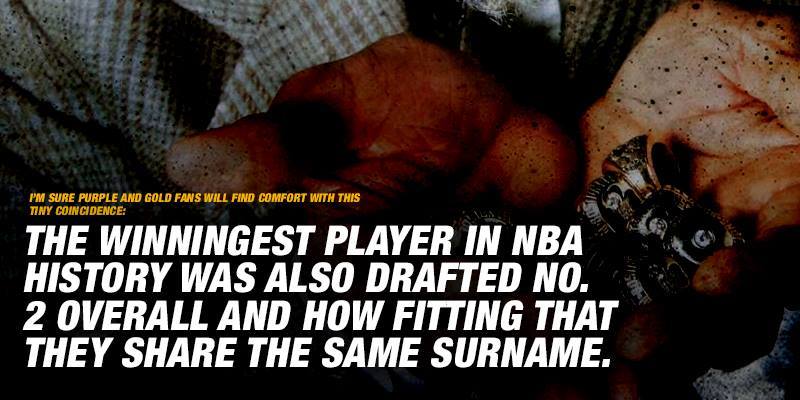 To counter that, however, we also have another big man, Hasheem Thabeet, the No. 2 pick in 2009 (over James Harden and Steph Curry!). Today, he’s just 11 titles shy of tying Old Man Bill’s record. At a towering 7’3”, the former Georgetown pillar has only averaged 0.8 blocks in his on-and-off NBA career. In case you’re wondering, he’s now in the D-League bouncing from one team to another. In all fairness to 2003 second overall pick Darko Milicic, Thabeet has a significantly worse NBA stint.

While D’Angelo truly has the potential to be a bona fide superstar (unlike the RnB singer with the same name), that comes equipped with the danger of falling below expectations. The existence of Thabeet definitely legitimizes that scare. Luckily for D’Angelo, he’s way more agile and athletic.

If you watched him play during his lone season in the NCAA, LA fans are surely in for something special. Scouts have raved about the Ohio State product’s court vision and natural feel for the game. He’s a terrific passer and an accurate shooter, two requisites for any point guard wanting to succeed in the NBA.

Historically speaking, things are looking good for Philly, at least with the way fate has treated the third overall selection. Some notable names include Kevin McHale, Dominique Wilkins, Grant Hill, Penny Hardaway, Pau Gasol, and Melo. Oh, there’s also the GOAT, the dude who saved Looney Tune Land from the Monstars (not you, Daffy Duck), the one and only Michael Jordan. 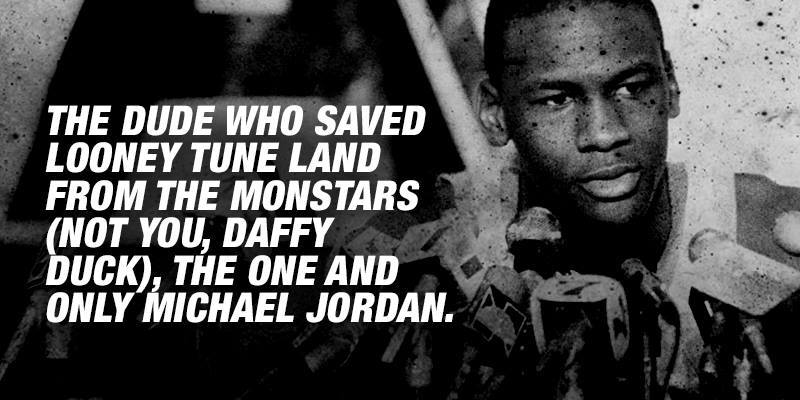 The connection, however, between the best 3rd overall pick ever and arguably the worst 3rd overall pick ever is also quite fascinating. Thirteen days after MJ became Charlotte’s partial owner and chairman, he made Adam Morrison the third overall pick in 2006. It seemed Jordan was grifted into thinking that the former high-scoring Gonzaga star will be the next Larry Bird. To be totally fair, I think Morrison’s hairdo outduels Larry Legend’s, let’s give him that.

Despite the impressive track record for the #3 pick, the immediate future’s looking bleak for the Sixers and their choice at No. 3, Jahlil Okafor. Don’t get us wrong, he is an absolute beast!  His skill set on the low block is astonishing. His footwork and good decision-making make him one of the most polished big men to ever enter the NBA Draft. But there’s always something to be said about the 76ers and their plans (if there are any). They now have a trio of young pivots in Okafor, Joel Embiid, and Nerlens Noel. How the team will balance them is anybody’s guess right now.

Barring any injuries or long stretches of benching for Tankapalooza 2016, Okafor should have a terrific season. He may even win Rookie of the Year for being the best player in a bad team. But the situation in the City of Brotherly Love is something Okafor shouldn’t fall in love with. My guess: Okafor finishes out his rookie contract and bolts to another team.

Poor New York Knicks fans. After enduring their worst season ever, replete with Shaqtin’ A Fool-worthy plays from Lance Thomas, Cleanthony Early, and Alexey Shved, their beloved team ended up dropping down the draft board to the No. 4 selection. The reaction of general manager Steve Mills during the lottery sums up the Knicks’ atrocious year. His head sunk noticeably and his face went blank when the Knicks were called out for the fourth spot. Poor guy. 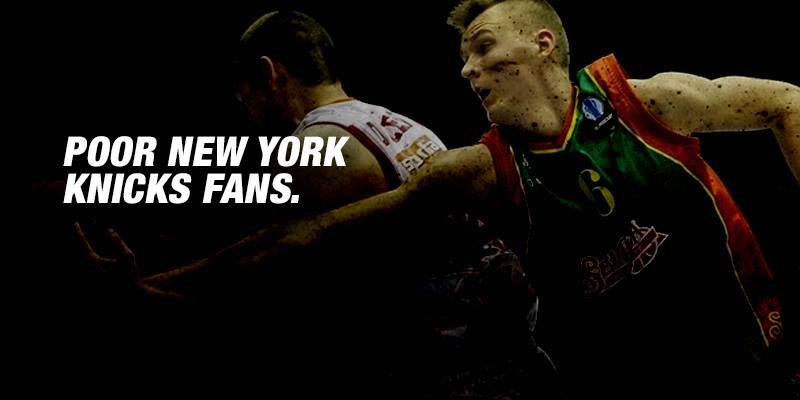 What could possibly top that, right? Well, it happened on Draft Day when Phil Jackson went with an unknown 7-foot prospect from Latvia named Kristaps Porzingis. I felt the agony of the Knicks fans with all those boos when the pick was announced. They aren’t known to be a patient bunch. They want and they need a complete turn-around soon, but with Kristaps in the Big Apple, a long-term rebuild is now to be expected. He will need time to build his strength—I mean just look at his body frame! He has good size, but he’s so skinny. Can you imagine him guarding Dwight Howard or Deandre Jordan? Or even Big Baby in the paint? Scary stuff.

History isn’t on the side of the Knicks as well since the fourth pick has few to boast of in the history of the Draft. Three of the best PGs in the NBA today were No. 4 picks: Chris Paul in 2005, Mike Conley in 2007, and Wild Wild Russell Westbrook in 2008. The finger-waving, sex-inviting Dikembe Mutombo also sweetens number cuatro, along with two-time NBA champion Chris Bosh.

But after those names, you have a slew of glorified role players in Lamar Odom and Jamal Mashburn, players who didn’t fulfil their superstar potential in Rasheed Wallace and Glen Rice, and a player who ate Vaseline in Stephon Marbury.

The 4th pick definitely needs more star-power. Could Porzingis provide that? Knicks fans surely hope so. But one thing’s for sure, don’t expect those boos to die down anytime soon at The Garden.

Finally, a little advice for Melo: GET OUTTA THERE!

If Orlando’s top honchos were to look at the 5th pick’s track record over the years, there’ll definitely be smiles all over. Here’s a partial list: Charles Barkley, Scottie Pippen, KG, Vinsanity, Ray Allen, and D-Wade. Two of them are already in the Hall of Fame, while the remaining four are all but certain to be inducted in the future.

Impressive, right? This further proves that the best talents can be obtained outside the most coveted picks. Although, not to rain on the parade of the 5th pick after all those praises, Pick No. 5 also happens to have one of the most known draft busts in league history: A 7-footer from Georgia named Nikoloz Tscki…wait, it’s Nikoloz Tshkitis…Nikoloz Tskitzchi…I give up! Picked by the Denver Nuggets in 2002, he averaged just 2.9 points and 1.8 rebounds before washing out of the NBA after six seasons. He’s also the guy who probably has the hardest name to spell in all of sports. 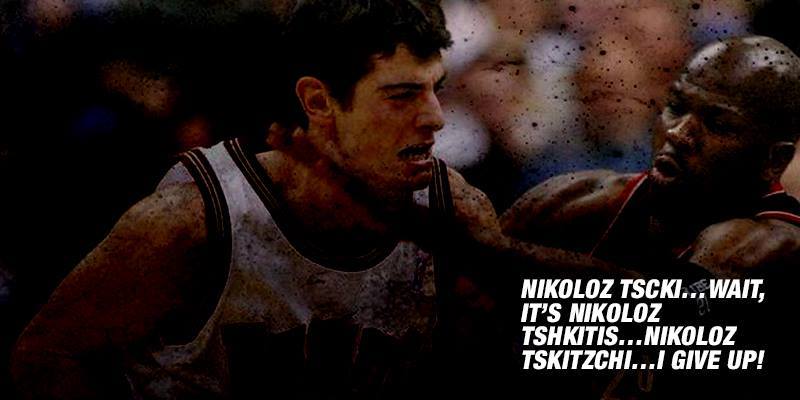 Now on to the 5th pick of 2015. With Tobias Harris most likely to move to another zip code, Croatian shooter Mario Hezonja immediately fills a need while also fortifying the Magic’s young core. He can come to Orlando and open the floor more for Victor Oladipo and Elfrid Payton to do their work. Hezonja is oozing with confidence and competitiveness, so expect him to make an immediate impact for new coach Scott Skiles and the Magic.

Following the footsteps of Hall of Famers mentioned earlier may be a reach for the 20-year-old, but I can see him being a serviceable wing that can knock down shots. If you want a comparison to a current NBA player, he’s a Kevin Martin with more athleticism and more swag.

As with the past, the 2015 NBA Draft is a hit-or-miss. In time, we’ll find out who among the teams struck gold and who got scraps. Some players will fail miserably, while other players will fit in beautifully. But that’s exactly what makes D-Day so exciting.

One thing’s for sure, we’re definitely going to keep our eyes peeled for these rookies. The next season just got more compelling.