July 17, 2015
So far, the local films released this year include a Manny Pacquiao biopic and a bunch of tween films. Sadly, still no basketball movie, which is why we had to resort to this. Here are five films that Filipino producers should seriously look into remaking. (Call us!)

THE AIR UP THERE 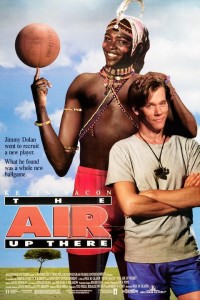 The plot of this 1994 film is simple: a college coach looking for untapped talent in a faraway village. Looking at the poster alone, Janno Gibbs is a perfect fit as Kevin Bacon’s Jimmy Dolan. But if the 45-year-old actor (yes, we had to Google that) no longer has the legs for the job, perhaps Marvin Agustin or Coco Martin can pull it off.

Assigning the role of African Saleh is a bit tricky. The safe bets are UE’s Charles Mammie or NU’s Alfred Aroga, but since this is the Pinoy version, why not Arwind Santos? Picture Coco Martin taking a long, sweaty bus ride to Angeles City, where he will meet a shirtless Santos in basketball shorts and slippers, dunking on everyone half his size at the gym/evacuation center.

Plus, casting the former MVP will open the door for a mid-film montage with this song in the background: 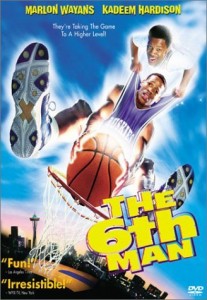 After that hair gel ad, we all know it’s only a matter of time before Jeric and Jeron Teng get their own TV show. But looking at the bigger picture, how about the Pinoy version of “A and K…all the way” featuring the Teng brothers?

Jeric plays the serious, toned down Antoine Tyler while Jeron is the more animated Kenny Tyler. Big shoes to fill for Jeron (Kenny Tyler is Marlon Wayans), but if he can work on his free throws, then he sure as hell can work on his comedic timing. 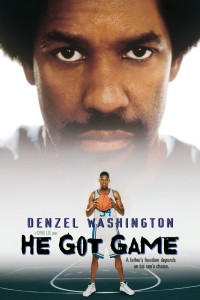 If you saw OTJ, then you’ll understand why Gerald Anderson as Jesus Shuttlesworth and Joel Torre as Jake Shuttlesworth make so much sense.

OK, so Joel Torre playing hoops may be a bit of a stretch, but if he can convincingly play a hired killer/mentor to a newbie assassin, and be a respectable Crisostomo Ibarra, then he can do this. Just let him watch tapes of 90s Jawo, put him on a pair of Jordan 13s, and he’s got another acting trophy in the bag. What he lacks in basketball moves, he can surely make up for in playing the part of prison inmate and absentee father (again).

Gerald Anderson, on the other hand, will only have to do this:

Do you see it now? Look! Here’s a photo of Hesus and his Tatay Jake about to do that epic one-on-one scene. 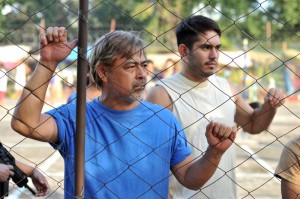 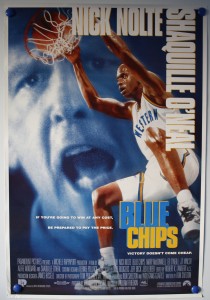 PBA MVP Junemar Fajardo as Shaq’s Neon Boudeaux is a no-brainer. Throw in a probinsyano Marc Pingris as Ricky Roe, and a streetsmart Paul Lee as Butch McRae, and we have ourselves 90-plus minutes of pure basketball bliss.

Not convinced? Here’s the Big 3’s first jab at comedy:

An athletic and stern Richard Gomez can do a decent coach Pete Bell and Bell’s wife can be played by Dawn Zulueta because, you know, love team reasons. The sleazy and conniving “friend of the program” Happy Kuykendahl is a role tailor-fit for John Regala. 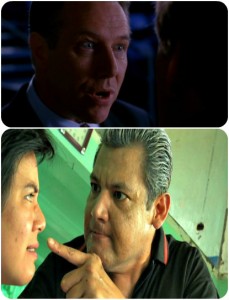 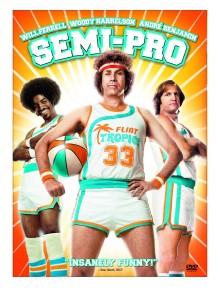 Benjie Paras deserves at least a cameo in the Pinoy version of this film, but the trifecta of Jackie Moon, Monix, and Clarence should work with Jose Manalo, sidekick Wally Bayola and make-up transformation MVP Paolo Ballesteros.

Guaranteed scene-stealer and instant highlight will be the casting of standup comedian Ryan Rems Sarita as the dirty hippie.

Rock and roll to the world! Whoooo 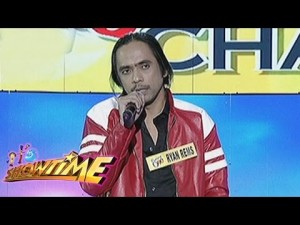 Can you add other films/actors to this list? Let us know in the comments or tweet us @BuhayBasket!