July 7, 2015
Mark Cuban went shopping, the Portland Trail Blazers disbanded, and the Spurs are going to win another title in the next three years, probably. Let’s start the season now, please!

What to expect: A very, very lonely Damian Lillard. 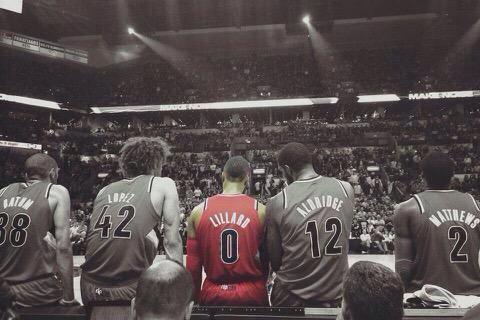 It was a sad day for Clippers fans when Deandre Jordan agreed to a four-year, $80 million deal with the Dallas Mavericks. But it was a sadder day for non-Clips fans who will never see this sight again:

What to expect: The Mavs lose to the Clippers in Game 7 in the first round of the playoffs. Deandre offers to high-five CP3 as a sign of sportsmanship, but is again–as expected–snubbed.

David West took a massive P11 million-pay cut to join San Antonio for a veteran minimum deal of about $1.5 million. He will join a frontline of Tim Duncan, LaMarcus Aldridge, Boris Diaw, and Kawhi Leonard. And, oh, the Spurs kept Manu and Danny Green too. Take notes, Neil Olshey.

Whenever someone says, it's not about the money, it's about one thing: THE MONEY. Unless David West says it.

What to expect: More non-Spurs fans jumping on the hate bandwagon while Pop and Duncan be like…

Afflalo agreed to a two-year, $16 million contract with New York. With a starting five of Melo, Calderon, Robin Lopez, Porzingis and Afflalo, the Knicks are now in a position to win at least 15 more games compared to last season. So that’s a 32-50 record. As a Knicks fan in this cruel world run by the Spurs front office staff, that’s really all you can hope for.

What to expect: It’s the Knicks in the Phil Jackson era, so…best to expect good things.

After gunning for LMA and DMC, the Lakers ended up with last season’s Sixth Man of the Year Lou Williams (three years, $21 million), Brandon Bass and Roy Hibbert. This is very promising and exciting, and we can’t wait to see Hibbs botch his first alley-oop from Kobe.

When Kobe found out Hibbert was coming to LA https://t.co/oO4knNWdx3

What to expect: It’s the Lakers in the post-Phil Jackson era, so…best not to expect anything. 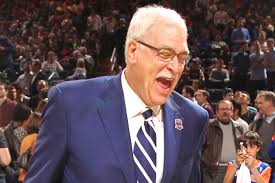 To be continued…When the Spurs get JR Smith. Check out Part 1 here.