At first I couldn’t believe it was possible. Then he made a lay-up. Then he attempted a three. Then he swatted away my floater.

That was the point when I almost forgot that I was playing ball with someone who’s using only one arm.

“Na-aksidente ako noon sa trabaho, kaya eto,” said del Mundo, who I played against in a pick-up game in Muntinlupa. Like me, he was new in the group and was introduced to the weekly games by a friend. 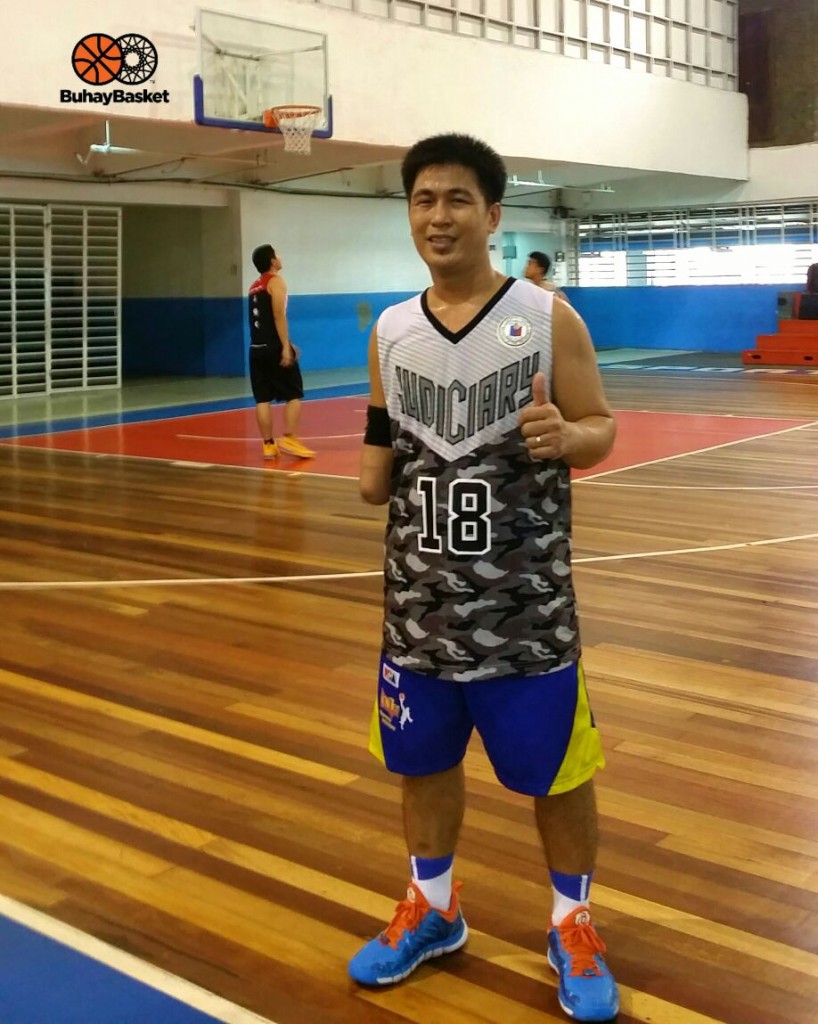 The mishap happened in 1998, del Mundo shared, and the work-related accident cost him his right arm. In what was probably done in poor taste, I tried to be clever and said it’s a good thing he’s a leftie.

It may have taken del Mundo years to get used to switching to his left, and I have to give it to him for playing competitively despite the handicap, and not losing his cool with my leftie remark.

It’s quite disorienting. He still crosses his defenders using his left hand. He boxes out. He covers the weak side. He spaces correctly during fast breaks. He’s no different than the usual teammate in a local run. He’s actually better than most guys I’ve played with.

While I was caught in a moment pondering about del Mundo’s one-armed elite game, he was left open 15-feet away from the basket.

He used his right elbow with his left hand to catch the ball and set up his shot, with legs squared to his shoulders, he cocked the ball, released it, and followed through. The net then made a familiar sound: “swish.”