August 11, 2015
On some days, he’s Kobe Bryant. On others, he’s JaVale McGee. Today, BuhayBasket spoke to Brandon “BdotAdot” Armstrong, the man behind the spot-on NBA impersonations that have sent the internet finger rolling in laughter.

Brandon Armstrong once played in the NBA D-League and professional ball overseas. These days, he is mastering another aspect of his game: NBA signature moves.

“I’ve always impersonated players my whole life. Whether that was in practice or playing pick-up ball with the boys. We’d always say before the game who we were going to be today, NBA player-wise,” Armstrong told BuhayBasket in an exclusive interview. 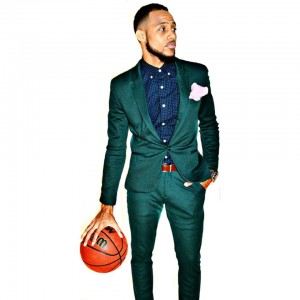 His 30-seconder videos posted on Facebook have been watched by hundreds of thousands, with his hilarious take on James Harden’s step back J getting more than 3 million views.

But before becoming the internet sensation he is today, Armstrong put on the serious moves as a guard for the Reno Bighorns and a Spanish ball club. The question is, did he try his All-Star caliber impersonations on an actual game?

“Haha! I’ve never done that. I may have taken some of their moves and different tactics but nothing exact!” Armstrong said.

Armstrong also shot a video of himself doing Russell Westbrook things that was so hilariously accurate, the Oklahoma guard himself took notice.

He also did renditions of Tim Duncan, LeBron James, and, of course, Shaqtin’ A Fool MVP JaVale McGee. Check out the videos:

Armstrong has seen all the moves, and he said the funniest move he has seen on the court was the ear-blowing defense on The King.

“Had to be when Lance Stephenson blew in LeBron’s ear. That was pretty hilarious!” he said.

Armstrong added that he has no immediate plans of playing in the pros, which means more player impersonations to nail.

“Just going with the flow as of now, so I’d say more videos, commercials and player impersonations,” he said.

Who do you want BdotAdot to impersonate next?  Let us know in the comments or tweet us @BuhayBasket!