December 16, 2015
This year’s All-Star Game jersey is keeping the classic look, making sleeve jerseys a thing of the past. Sources familiar with the matter said LeBron is happy with that decision. Here’s a look at the All-Star Game jerseys of the 90s, a time when some bold choices (that didn’t involve sleeves) were made. 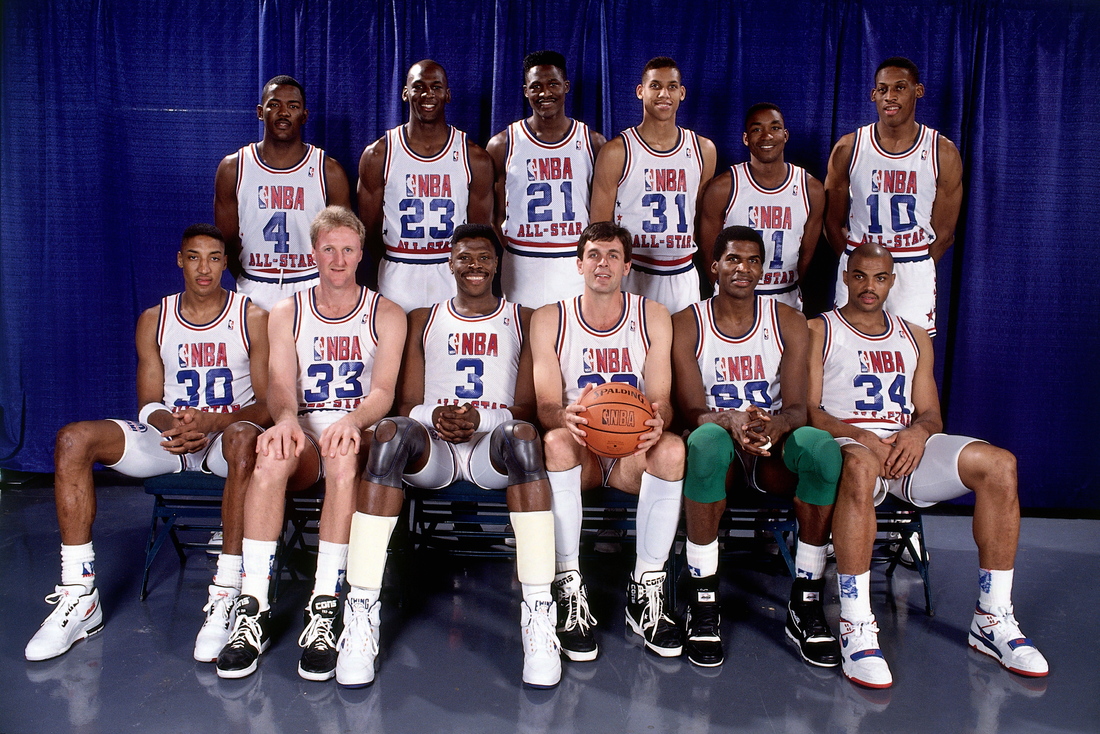 Jerseys in the early 90s were kept simple and classy: red, white and blue, and a bunch of stars. We could go on in detail about the desizzzzzzzzzzzz 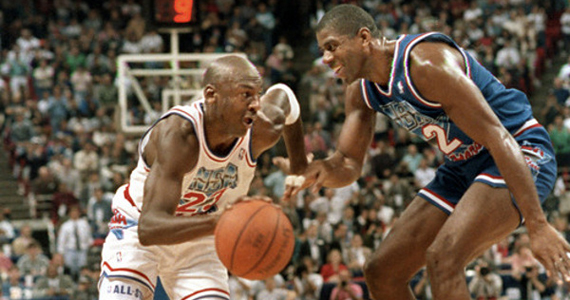 A bigger “NBA,” cursive “All Stars,” the red, white and blue, and an epic MJ vs Magic duel. 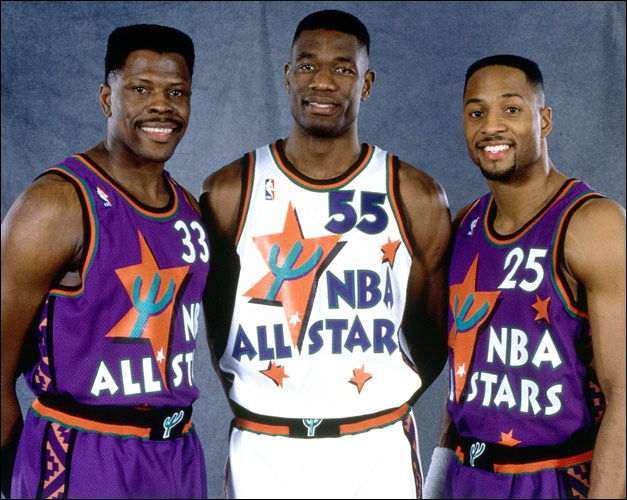 1995 was the start of a (very) short-lived venture into the cartoonish. The All-Star Game was held in Phoenix so the cacti was somewhat forgivable, but the purple? It wasn’t a very good look on Ewing.

1996 marked the first year of MJ’s return to the All-Star Game, so it was predictable that the NBA was in a festive mood that year. 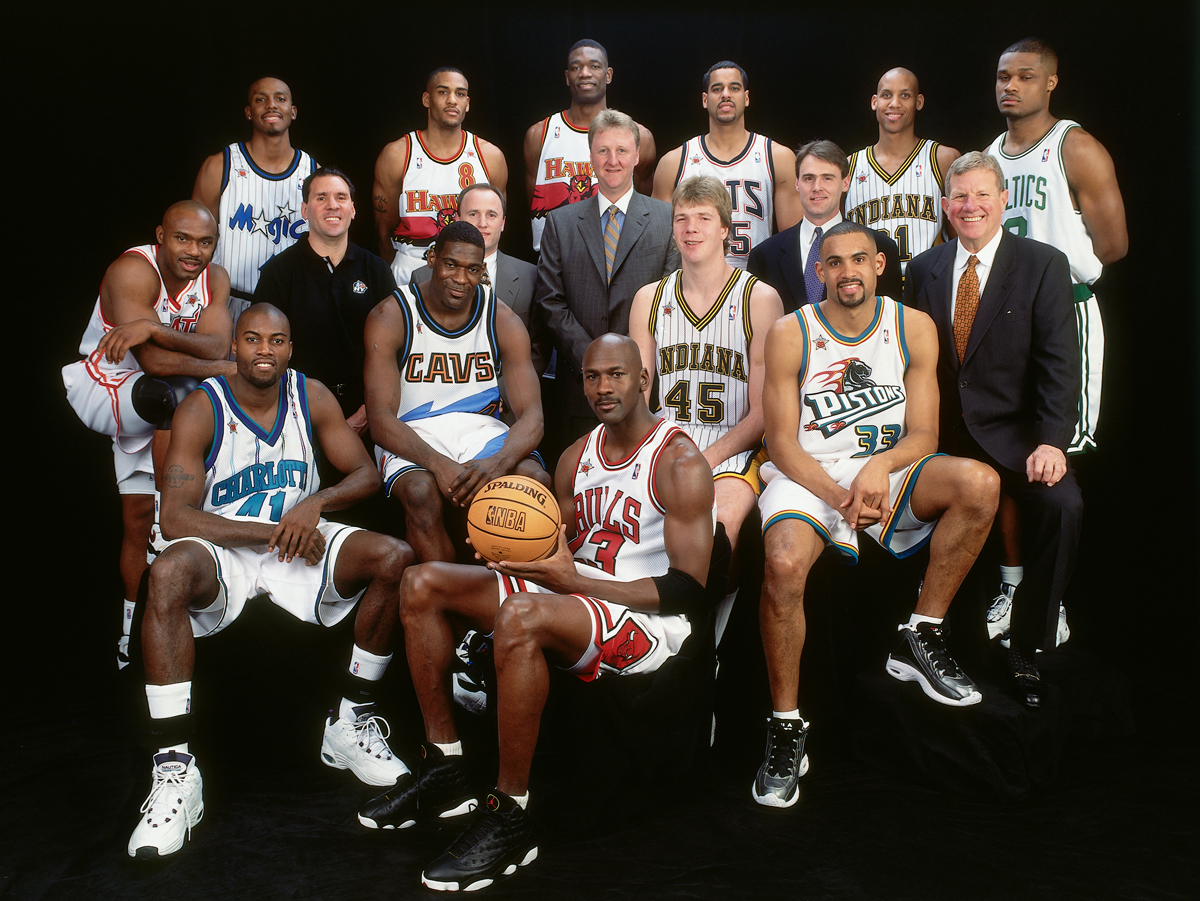 After experimenting with purple, teal, and Tex-Mex, the NBA just said, “F*ck it, let them wear their own uniforms.” And it was one of the best decisions they ever made, All-Star Game jersey-wise.

To mark the first time the All-Star Game is held outside the US, the NBA will pay homage to the history of Toronto basketball with the uniforms incorporating elements indigenous to Canada for this season’s All-Star weekend.

The adidas red-and-white West and white-and-blue East uniforms feature a maple leaf overlay on the front and Toronto’s cityscape across the back. 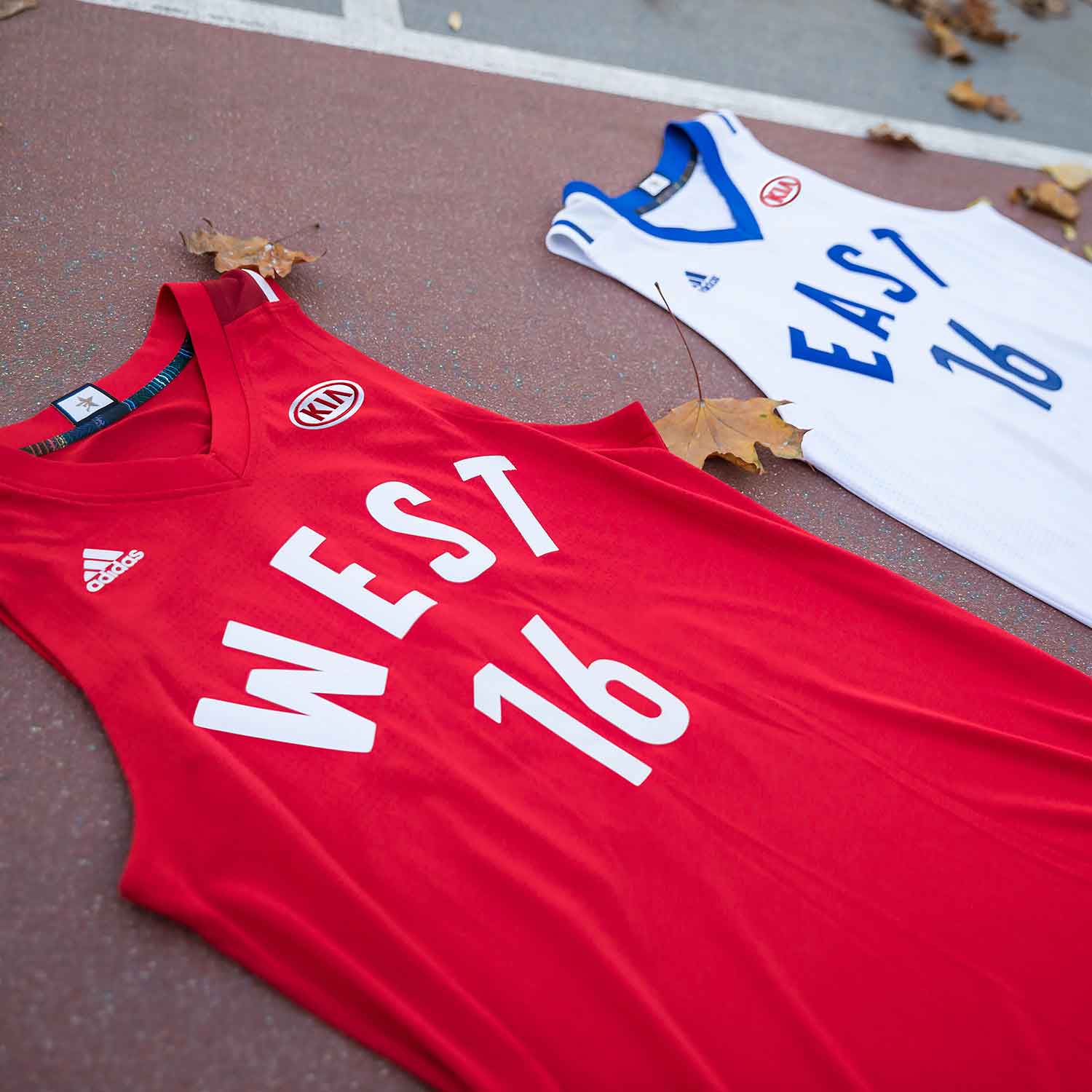 “To honor this global celebration and pay tribute to Toronto–the site of the NBA’s first game–we’ve incorporated design elements that are inspired by the city’s basketball history, sports culture and unique fashion scene to make an All-Star collection that players and fans will love,” said Chris Grancio, adidas global basketball general manager.