Skip to content
Home
Features
Lessons from The Fantasy Dean

Lessons from The Fantasy Dean

 Blake Griffin can break his hand, but can he break your fantasy season, too? BuhayBasket’s resident fantasy expert, Chinito Henson aka The Fantasy Dean, has the answers.

The Fantasy Dean won’t bore you with the FAQs on how to play, because you’re no fantasy noob, right? Chances are, the only reason you’re reading this article is either a) You’re already an NBA Fantasy manager; b) You just read anything we write about basketball (which is good) or c) You’re one of our girlfriends and you’re trying to check how to stop NBA Fantasy from happening. Spoiler alert: It won’t stop. Never. Never, ever.

The fantasy season is almost over and we’re here to guide you in this most important stretch in the NBA Fantasy timeline. It’s about this time waiver wires across fantasy leagues are the busiest since the time everyone dropped, added, then dropped the Ilyasovas, the Boguts and the Fourniers. 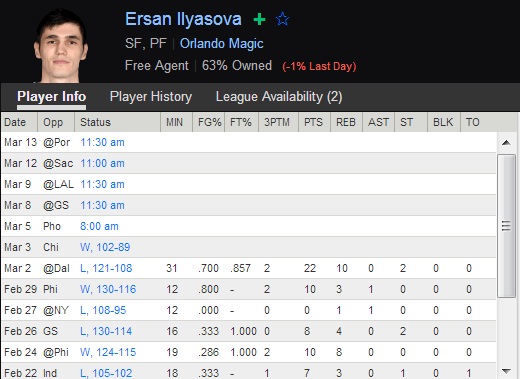 There are only three more fantasy weeks before the playoffs start and everyone’s on their toes thinking whether to replace an injured player on their roster, to drop a stud that’s known to rest (hi, Tim Duncan)–or worse, to keep a superstar of a lottery-bound team who is likely to shut it down for the rest of the season (hello, Melo).

In this first class from The Fantasy Dean, here are three lessons that may help you with your NBA Fantasy team and hopefully bring you the title come April. (Note: These are based on a standard 9-cat, head-to-head format, with at least 12 teams)

Lesson 1: Blake Griffin will make or break your team

Blake Griffin was a fantasy stud, turning in first to second-round value, before he broke his hand by punching his trainer-friend’s face. Here they were in better times: 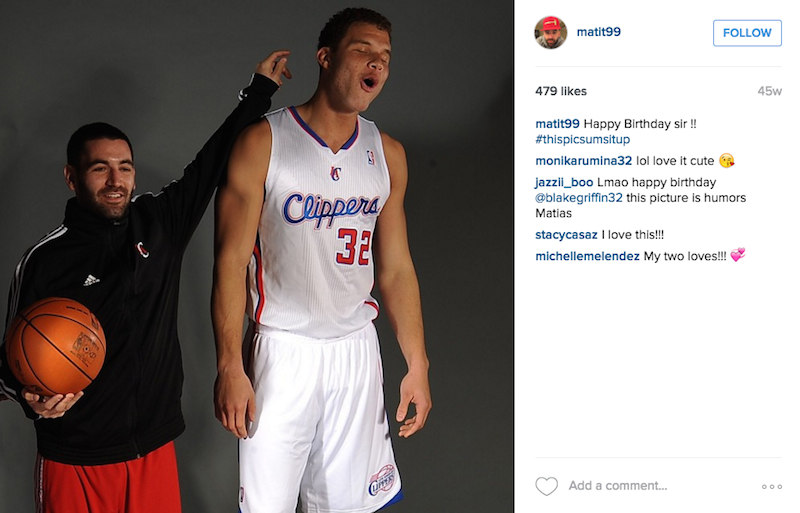 For a guy drafted in the late second/early third rounds and was mostly in every league’s waiver wires, everyone suddenly got excited when news broke out that Griffin will be back by next week.

You may take a flyer on him and keep him stashed for your second or third round playoff matchup but for those clinging or reaching for a playoff spot, you have to consider that this news came from Griffin himself.

The team has no official timetable for him so he has to deal with doing a full scrimmage first, then shed off rust, and then serve his four-game suspension. Apart from that, you have to hope his hand has fully healed before he steps on the court, or else you will be dealing with a bad FG%/FT% version of BG32.

Lesson 2: The Jazz studs are going to work it.

Studs? In Utah? In 2016? Yes, these studs The Fantasy Dean are talking about are Gordon Hayward, Derrick Favors and Rodney Hood. Yup, that Rodney Hood. He’s been averaging 15ppg, 3.3rpg, 4.3apg with 1.3 steals the past two weeks and that’s good enough to return top-50 value. 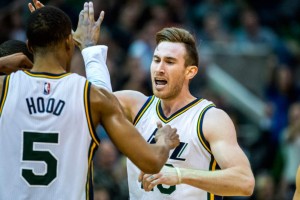 The Jazz are fighting for a playoff spot in the West and should be grinding it out with the Houston Rockets and the Lillard Trailblazers.

Then there’s Rudy Gobert, too–he’s been doing stuff under the radar and has returned unimpressive stats lately, but he’s definitely going to breakout soon.

If your league has a limit on number of moves per week and a total number of moves for the entire season, make sure that you reserve some towards the next couple of weeks.

Superstars will rest, and some will have “shutdown injuries,” which will open up a lot of opportunities for guys that are irrelevant for now.

Guys like David Lee is now (sort of) thriving with Coach Carlisle resting Zaza Pachulia for the real playoffs. Or imagine if Tyreke Evans just got injured now and you saw Eric Gordon flying around your waiver wire? Is Kobe a fantasy asset to end the season? 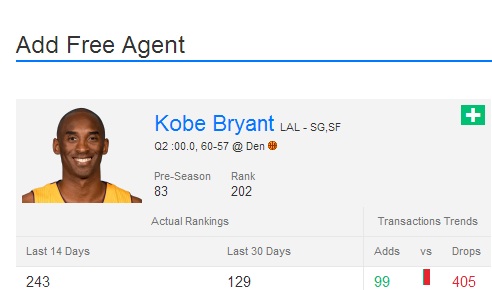 The moves you make for the next couple of weeks will make or break your fantasy team’s championship chances. Drop wisely.

That’s it, class dismissed! The Fantasy Dean will be coming back next week, but if something big happens this week (e.g. The Ersan Breakout Game), we’ll make sure to hold an unannounced class.