The Lakers will not get 20 wins, and Kobe is down to his last two games in the NBA. Peejay Ruiz, a die-hard Lakers and Kobe fan based in Australia, is not happy about this.

We all remember that game. It was against the Utah Jazz in the 1997 Western Conference semifinals, and 18-year-old Kobe Bryant took the biggest shots at the dying seconds of regulation and overtime. Four shots to be exact. Four shots that hit nothing but air.

We all remember that game for reasons that Kobe doesn’t like. Those who have joined the Kobe hate parade frequently use this game as Exhibit A of “Why Kobe Sucks.” But Ruiz, a Filipino based in Australia, took the “Airball Game” as something else. It was the game that turned him into a legit fan.

“It was an amazing experience because from that game, I realized that Kobe would become a phenomenal player. He had the guts and the fire to live in the heat of the moment and take over. It was just an unfortunate event that they lost,” he told BuhayBasket.

Ruiz said he has been a Laker fan since the Magic Johnson era, and the Kobe-Vlade draft day trade immediately got his stamp of approval.

“I knew already that he would play a big part in the success of the Lakers in the long run. A big part of me liking him was his persona and how he loves to challenge himself. His mission was simple: Destroy all foes on the court. And he went about it with extraordinary intensity throughout his 20 years in the league,” he said.

Ruiz followed Kobe’s career with similar extraordinary intensity, getting his hands on anything purple and gold, and anything Kobe Bryant. On his 45th birthday last year, he celebrated with a Black Mamba-themed cake. 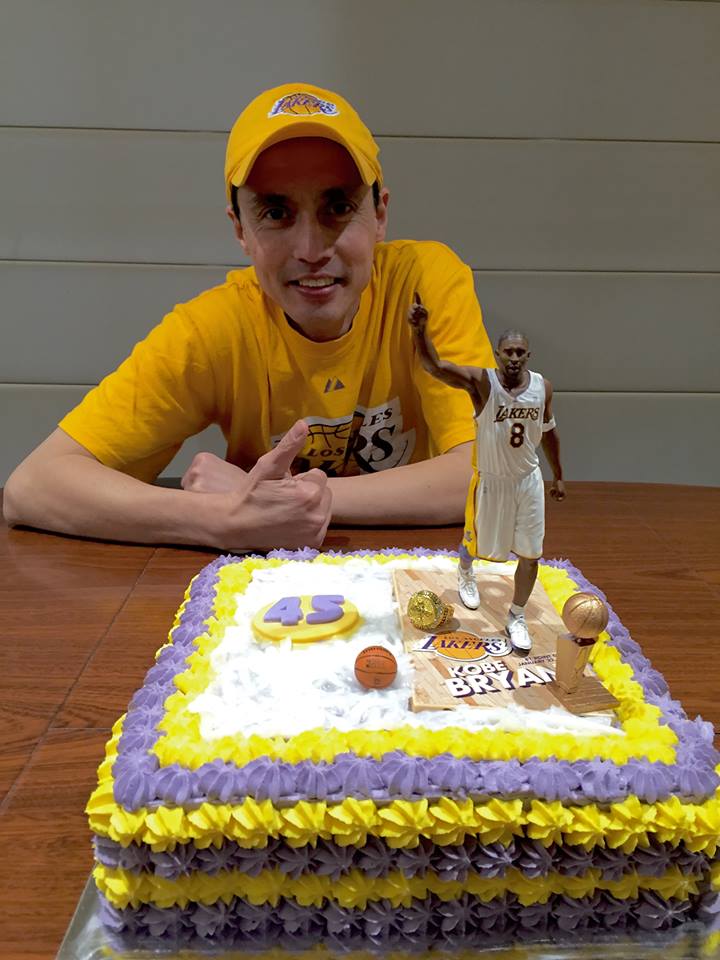 His shoe collection, which he aptly calls his “Lakers Limousines,” is made up mostly of Kobe’s signature shoes.

“I also have the 2K4 Huaraches, and Hyperdunks that he also used,” he said. 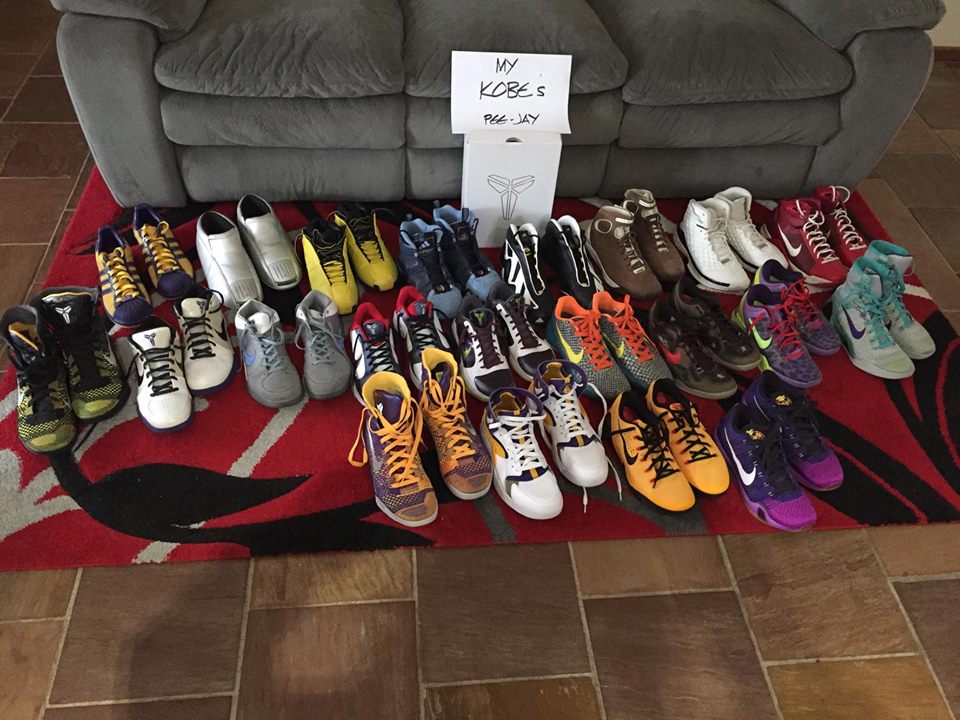 The Kobe fandom has become a family thing in the Ruiz household, with his son starting with jerseys and McFarlane action figures. Ruiz said his brother in the Philippines, PeeWee, gave him a basketball signed by Kobe as a present. He now keeps it in a glass case in his home. 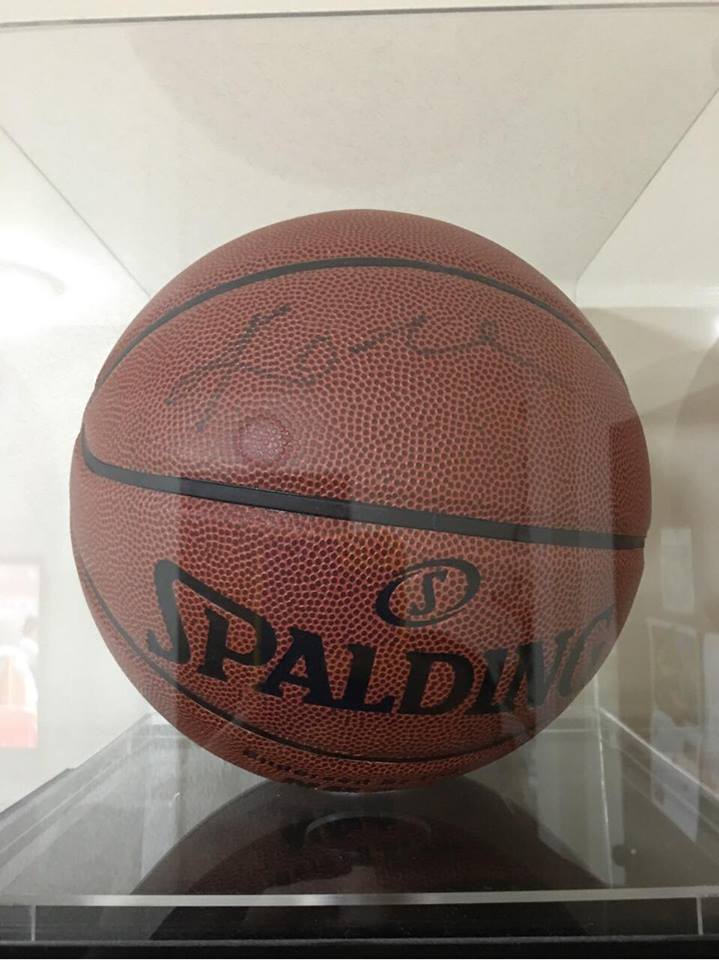 The season is winding down, and Kobe is down to his last two games of his career–an away game in Oklahoma and one final home game versus the team that started it all for Ruiz’ Kobe fandom, the Utah Jazz.

“I am having this bittersweet feeling about him retiring. I am sad because the NBA–and the Lakers community as well–will never be the same without him around. But I am also happy because Kobe has proven to everyone that through hard work and determination, anything is possible,” he said.

Kobe may shoot another four airballs against the new-look Jazz in his last game as an NBA player, but at this point, does it even matter?

All eyes will be on that game.

“I would do anything imaginable, even unimaginable, just to be able to watch Kobe in his last game in Staples,” said Ruiz.

After 20 years in the NBA, five championships, zero f*cks about whether you like him or not, 18 All-Star Games and 33,000 points, Kobe made sure: we will all talk about his final game in the NBA.

It’s guaranteed, regardless if he shoots four, maybe even five airballs, we will all remember this game. 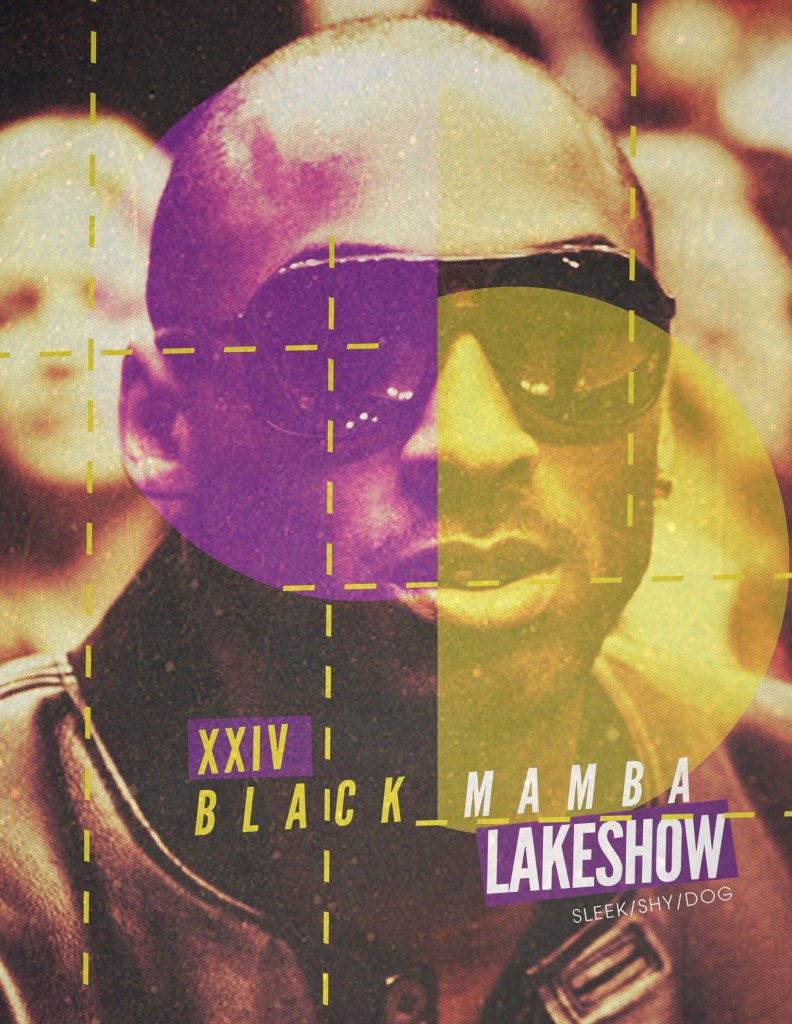