The country’s top 24 high school players, representing Team Punks and Team Hype, showed us a glimpse of what the future of Philippine basketball looks like at the 2016 SLAM Rising Stars Classic. As the final buzzer sounded, it was clear that there were no punks on the court, and there is no hype needed.

This high school kid is no punk. He had the ball, and his team was up 3 with less than a minute left.

With the ball in his left hand, he faked right, then stepped back, and swished a three-pointer over the outstretched arms of his defender, Tyler Tio.

Unless your name is Steph Curry or Terrence Romeo, this is probably a shot your coach doesn’t want you to take. For titos, this is a punk move. But for someone named Aljun Melecio, it’s a shot he takes–and makes–on a regular basis. He’s not trying to punk anyone.

The 17-year-old Melecio, a senior from De La Salle Zobel, is the reigning MVP of the UAAP Season 78 juniors basketball.

He opened the season by scoring 42 points against rival Ateneo, and led his team to the finals with averages of 23pts, 7rebs, and 3 assts.

At the recent SLAM Rising Stars Classic, he scored 12pts, including the game’s biggest shot–just to make sure everyone will remember the name at back of his jersey.

Next year, Melecio will be playing for the De La Salle University Green Archers. This move sets up a rivalry between him and Xavier’s Tyler Tio, who has committed to play for the Ateneo Blue Eagles. There’s no hype needed for this Teng-Ravena 2.0 matchup.

Save for being posterized by Melecio Steph-style, Tio showed those present at the Gatorade Hoops Center why is a future UAAP star, scoring 16 points for Team Hype.

“Tyler was awesome, I think he played well for the other team,” said Jeffrey Cariaso, basketball operations director at SLAM Philippines.

Team Punks, led by Melecio, Juan Gomez de Llaño and Evan Nelle, defeated Team Hype, 101-95, in a game that had its fair share of run-and-gun highlights and well-executed set plays.

“They went out there and played hard, they played together, and that was really my challenge for them pregame. Sabi ko sa kanila na ayokong maging All-Star Game ‘to. I want this to be a game where you give your best, you show your talent, but you play basketball the right way, and I think they did that,” said Cariaso.

MVP honors went to the kid with the step back dagger 3. His name is Aljun Melecio. But you should know that by now. 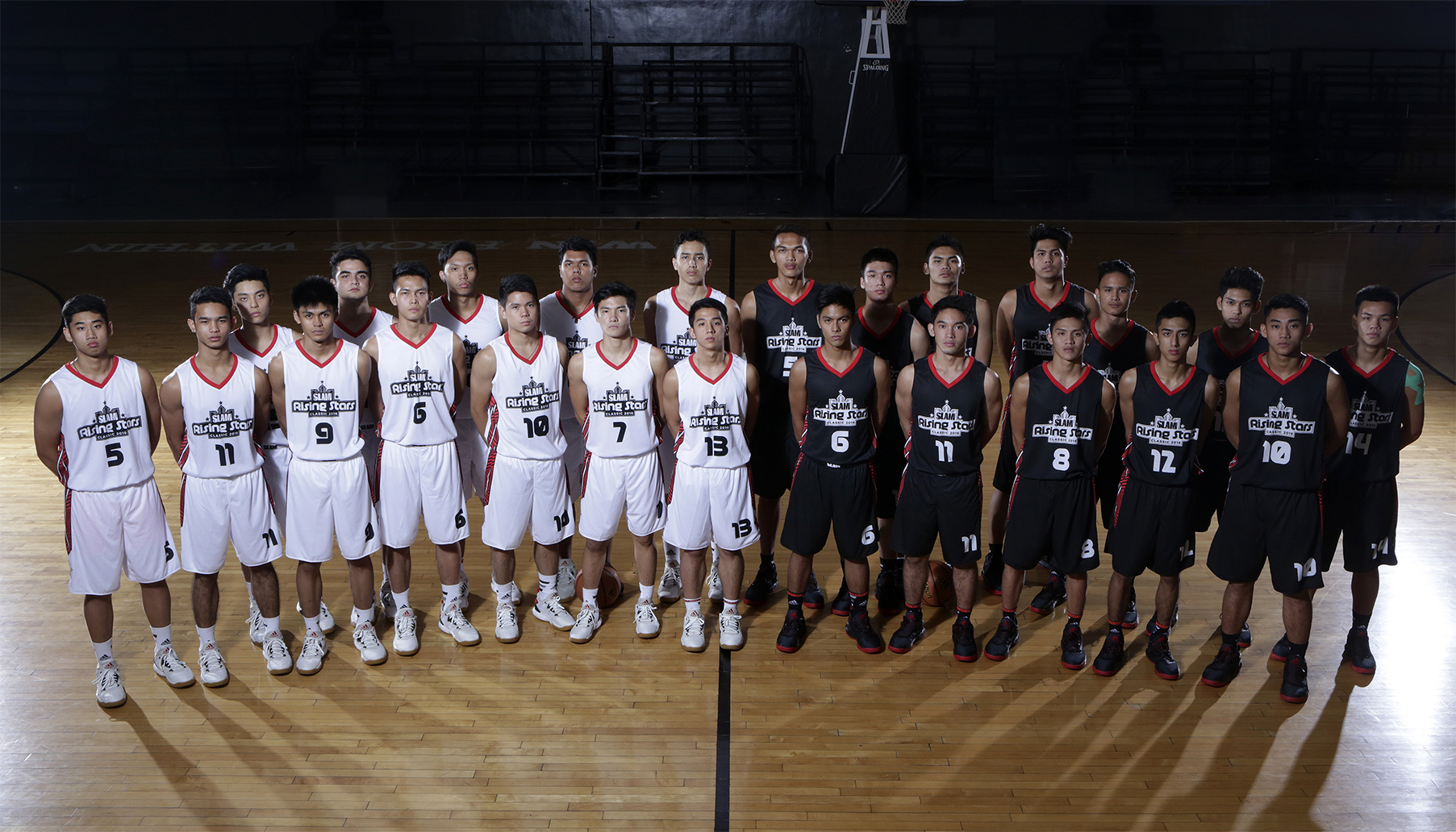 Starting 5ive: Who to watch out for in SLAM Rising Stars