Sixth Man: The story of a Pinoy fan in Thailand

Thailand-based Dion Timbang relies on YouTube highlights and live streaming to watch Philippine basketball. So when the Gilas cadets came to Bangkok for the SEABA games, he knew what to do.

It was a Sunday in Bangkok, Thailand, and the Gilas Pilipinas cadet team faced Malaysia for their first game in the 2016 SEABA Stankovic Cup.

Before tip-off, Dion Timbang and a number of fans in “Pilipinas” shirts gathered outside, hoping to catch a glimpse of the young Gilas stars. 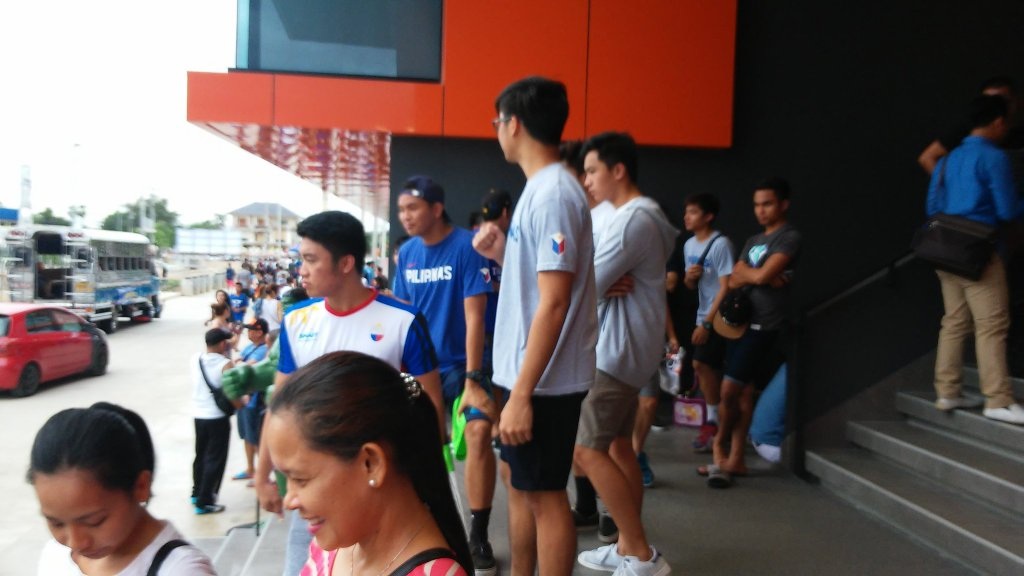 Some of the fans were friends of Timbang, the others were strangers. But that changed midway in the third quarter–specifically at the 5:50 mark.

Gilas was already up 14 at that point, but wily guard Mike Tolomia pushed the ball like his PBA playing time depended on it. He flung a wild floater (or a precise lob, depending on your POV) , and a trailing Troy Rosario cleaned it up with a dunk that would make Arwind proud.

If the Pinoys in the crowd were looking for a connection with each other, that was the play that triggered it.

“The Rosario slam made the whole crowd roar. That slam made us jump off on our seats, everyone shouted and roared,” Timbang tells BuhayBasket. “Some of us don’t even know each other, but as long as we cheered for the country, that thing made us one inside the arena.” 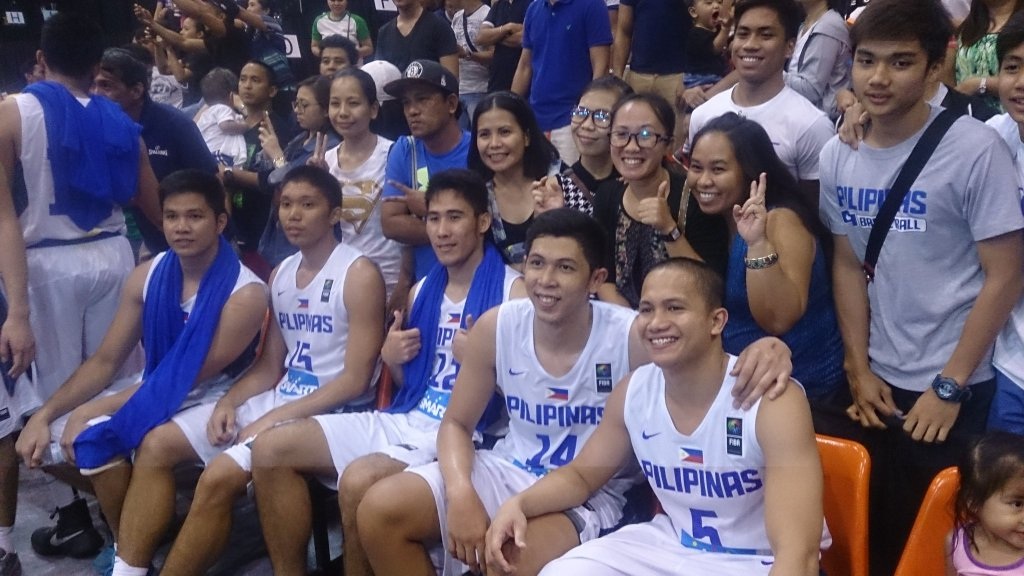 Born and raised in Davao City, Timbang, 29, started watching basketball when he was 10 years old, not by choice, but because his father and brothers were big PBA fans.

He roots for Team Never Say Die, Barangay Ginebra. (“Even though it’s been eight years since their last trophy,” he says.)

In 2013, Timbang flew to Thailand to pursue a career teaching English to grade school kids. He hasn’t been home since.

Aside from tuna and durian, Timbang says what he misses most from his hometown is basketball.

“When I was new here, it was so hard because you can’t even find a basketball court near my place. It’s not the same in the Philippines, where almost every corner has a court. I need to travel five to 10 kilometers just to play,” he says.

Watching PBA games has also been difficult, and Timbang has turned to online content to help him survive. When he’s not watching the games, Timbang used to binge-watch episodes of FTW, The Bro Show, and Upper B.

“Sad to say, we don’t have any direct channels from the Philippines, so I just depend on live streams and YouTube,” he says. “Nananawagan po ako na sana i-open nila ‘yung mga links ng PBA, NCAA at UAAP abroad.”

But on Sunday, Timbang didn’t need a URL and his laptop to have a piece of home in Thailand, he only needed a ticket. 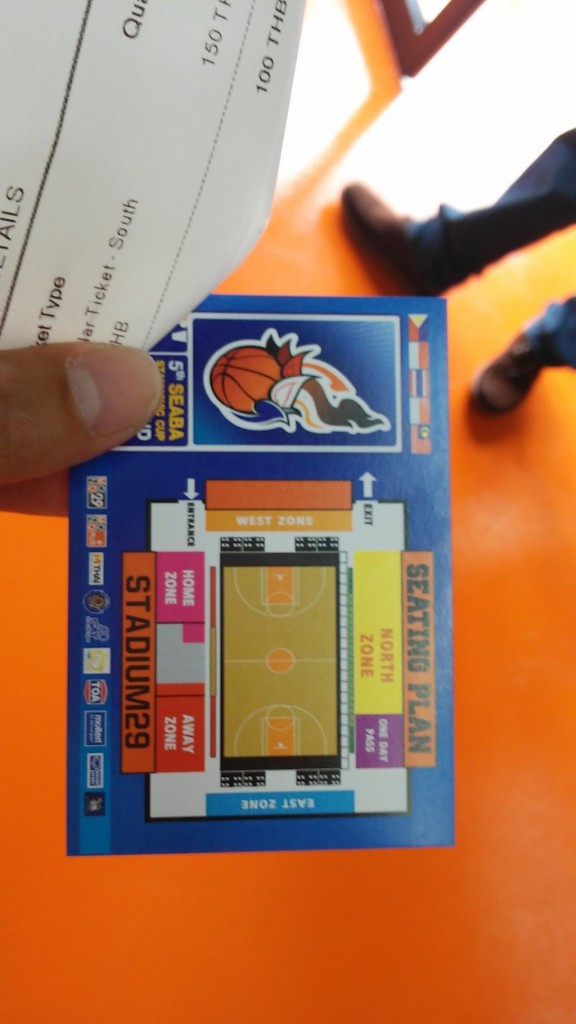 “It felt exciting and was an honor to watch and see the players and coaches who represented our colors. I saw fellow OFWs supporting and cheering for our team. Some traveled far just so they can show their support for the team,” he says.

After a 24-point win over Malaysia, the Gilas cadets and coach Nash Racela stayed a bit for selfies and autographs with their Filipino fans. 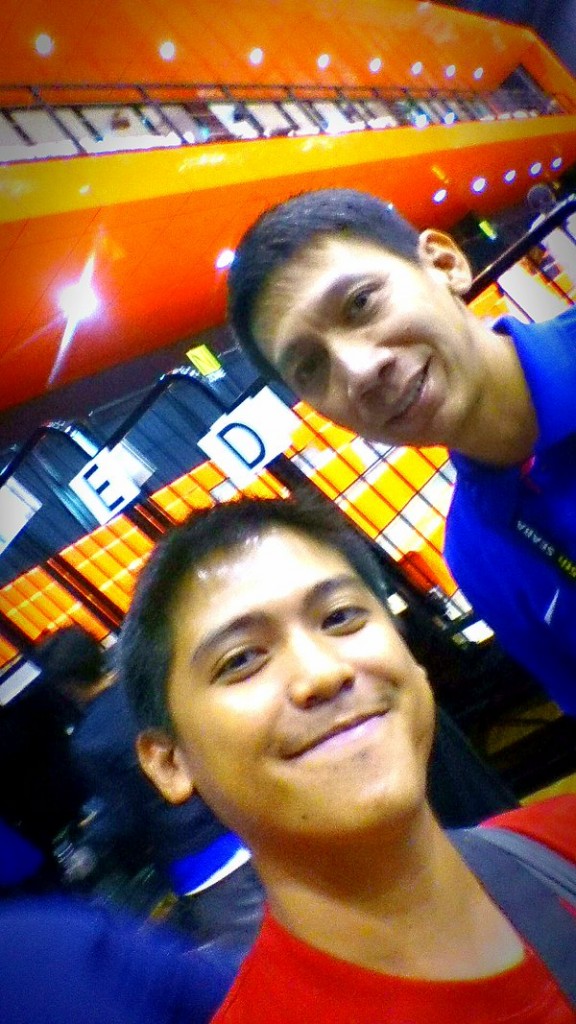 Timbang says he always wanted to watch a Ginebra game in Araneta. He never had a chance to do so.

Instead, there he was on Sunday, watching a game that featured future PBA stars in Bangkok. It almost felt like home.

“It was like I was watching in the Philippines because of the audience. That feeling, with fellow Filipinos watching the game, you easily connect with each other,” he says.