Skip to content
Home
Features
Sixth Man
Sixth Man: The story of a Pinoy in the NBA

Sixth Man: The story of a Pinoy in the NBA

He gets to travel with the New York Knicks, sit courtside at Madison Square Garden, and learn from an 11-time champion coach. But as Dr. Erwin Benedict Valencia tells BuhayBasket, these aren’t the only things that make his job a dream come true.

Erwin Valencia starts his day by meditating with Yo-Yo Ma playing in the background.

This morning ritual, he says, keeps him calm before starting another day as training and conditioning head of the New York Knicks–from cello to Melo.

Valencia, who grew up in the Philippines, has been working in the NBA for two full seasons. He is still in awe of how everything came together.

“Up to this day, I still don’t know how that intention really manifested itself,” he tells BuhayBasket.

His long and colorful journey to the big league started in the classrooms of De La Salle Zobel, where he was “not a very serious student, but very intelligent,” recalls one of his former high school teachers, Ditas Vallespin-Flores.

“He smiles most of the time in my class and was very respectful,” she says. 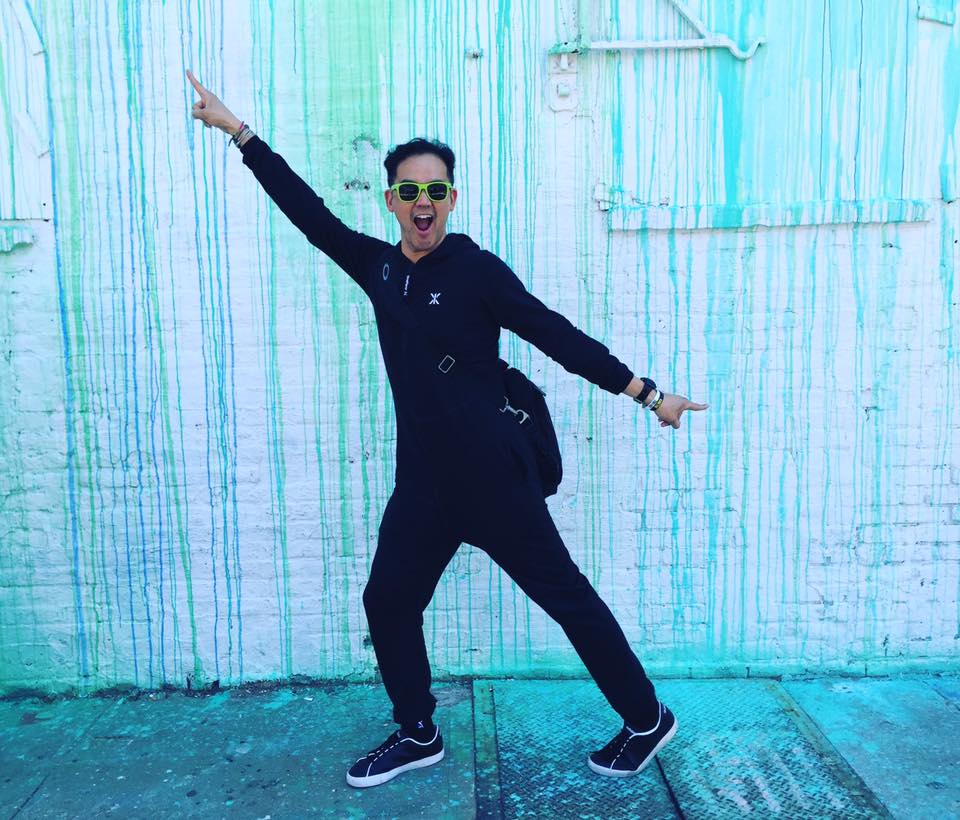 While some of his 18-year-old peers were deciding on which college can provide the most fun, Valencia’s intelligence was already at work. At that time, he had already decided that he was going to be the first Filipino medical professional to work full-time in the NBA.

“My goal was to find a way to be the person behind the person. I played all sort of sports and did so many things when I was in Zobel, but I knew I could be a master of none, except for maybe being the person that helps athletes get to the next level,” he says.

He took this goal seriously, and knew that education would be the proverbial ticket to his success. After getting a degree in physical therapy from the University of the Philippines, he traveled around the world to learn, be inspired, then learn some more.

At 28, Valencia suddenly found himself a stone’s throw away–or in his case, a pitch away–from his NBA dreams.

He became head of rehabilitation for the Major League Baseball team Pittsburgh Pirates for seven years, before moving on to form his own company, KinetIQ.

“As I reached 35, I realized there was so much more to do, and it was at that time I left the Pirates and started my own company,” he says.

He again traveled the world, but this time it was to inspire others and share his knowledge in the world of sports medicine and wellness. His dream of making it to the NBA was still alive, and he wasn’t going to let it die a natural death.

On his 37th birthday, he gave free hugs to strangers, and whispered to the universe the dream that eluded him for nearly two decades.

The universe listened, and hugged him back.

“A few days later and for the preceding three weeks, I got calls from teams in the NBA—five, actually. It was such a humbling experience to know that I didn’t send my CV out to anybody. I had conversations with NBA teams that brought me one step closer to my dream, which is to be in the NBA,” he says.

Valencia went from being a guy who holds Hug-A-Thons in Prague to a guy who had five NBA cities to choose from.

He eventually picked New York because in his words, “Why not?”

“New York is the biggest market in the world and to have an opportunity to make a change here, particularly in the development stage of things and be part of that growth to success is not only a challenge but a gift to me,” he explains.

He joined the Knicks in the Phil Jackson era as the team’s physical therapist and assistant athletic trainer. After one season, he was promoted to director of training and conditioning.

“I get a chance to work with Phil Jackson. There’s only a handful of people that is on a first-name basis with the Zen Master and I’m glad to be one of them. It’s truly an honor to work with the greatest coach of all time and to see how he works and the wonders that he does is something that I am constantly learning about,” he says.

It was an easy choice to make: if you’re offered a chance to spend your days in one of the world’s greatest cities, and work with one of the game’s legends, it would be a mistake to say no. 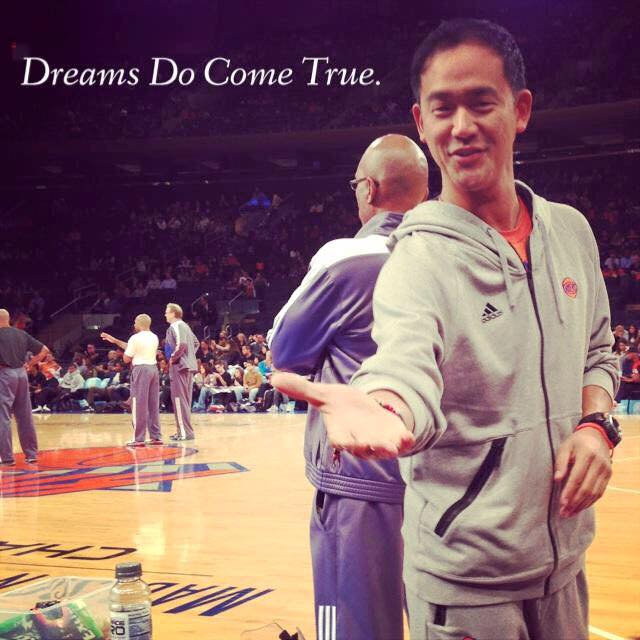 “The day I found myself standing at Madison Square Garden during opening day with the crowd behind me, just hearing the buzz, smelling a little bit of the fireworks that were going on, it was a dream come true and I will always be grateful for the opportunities that have led me to this situation,” says Valencia.

Now that his dream is a reality, Valencia knows this is when the real work begins.

The hardest part of being in the NBA, he says, is the travel that comes with an 82-game season.

To keep his spirits up as he dances from one city to another, Valencia cranks up house, salsa, bachata, and kizomba music on his earphones.

He still smiles most of the time, he gives thanks everyday. Yo-Yo Ma also helps. “It’s soothing yet manages to make you think,” Valencia says.

Amid his busy lifestyle, traveling here and there giving speeches to remind people to live beyond the mediocre, he never forgets what working in the NBA really means to him:

“It allows me not only to be close to the idols that I once had when I was playing basketball in the Philippines, but also it would be a source of inspiration to millions of Filipinos to realize that an actual Pinoy who went to school in Zobel, and UP, found himself in the NBA.”

Once in a while, Valencia makes unannounced visits to Manila. There are no heroes’ welcome, no motorcade. No media coverage of the work he does with the PBA and the Philippine national team.

“I like to share my skills with those who truly want it. Not just for publicity sake, but for actual improvement in themselves,” he says.

He slips in and out of Manila unnoticed, but the mark he has left on people stays–on the athletes who get game-ready; on his high school teacher who’s beaming with pride; and on this writer, who now has Yo-Yo Ma on repeat.