A delivery guy from Pampanga has a total of three tattoos on his body: one is of a scorpion, another says “Yapsters,” and the freshest one is the portrait of his PBA idol.

He describes himself as an “ultimate fan” on his Instagram profile. When you call yourself that, you should be the owner of either one of two things: a) an impressive collection of the most useless stuff money can buy, or b) 100MB worth of awkward selfies with your idol.

Christoper Talili, 24, has neither of those. What he has, is a tattoo of his favorite PBA player’s face on his chest. That should move him up two weight classes above the “ultimate fan” division. 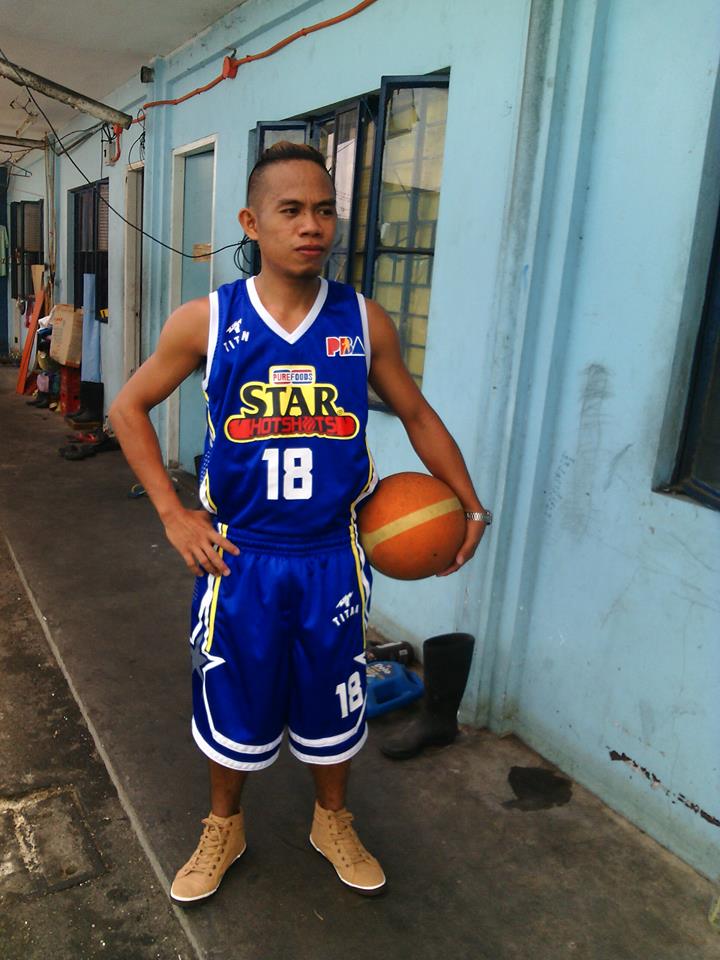 Talili hails from Bohol and is now a resident of San Pablo Propio, San Simon, Pampanga. Once in a while, he braves the two-hour commute to Manila to catch a glimpse of Yap.

He is a member of the “Yapsters,” a group–or to use the archaic term: fans’ club–supporting the 7-time PBA champion. On Instagram, the group has about 9,000 followers. 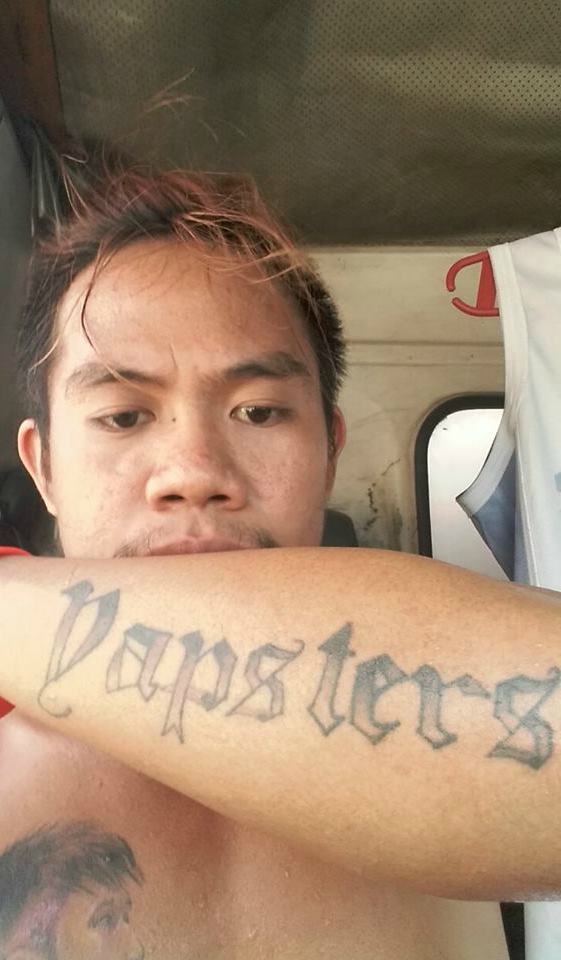 Yap, a 2-time MVP, takes his fans seriously. He addresses them on social media, and bonds with them over bowling and sisig on Father’s Day.

“He’s my idol because not only is he a great basketball player, he’s also very humble and down to earth,” Talili tells BuhayBasket.

Talili has been a Yapster for six years, but he has only met The Man with a Million Moves once at a practice session in San Juan. From that rare encounter, he got an autograph and a bad photo. 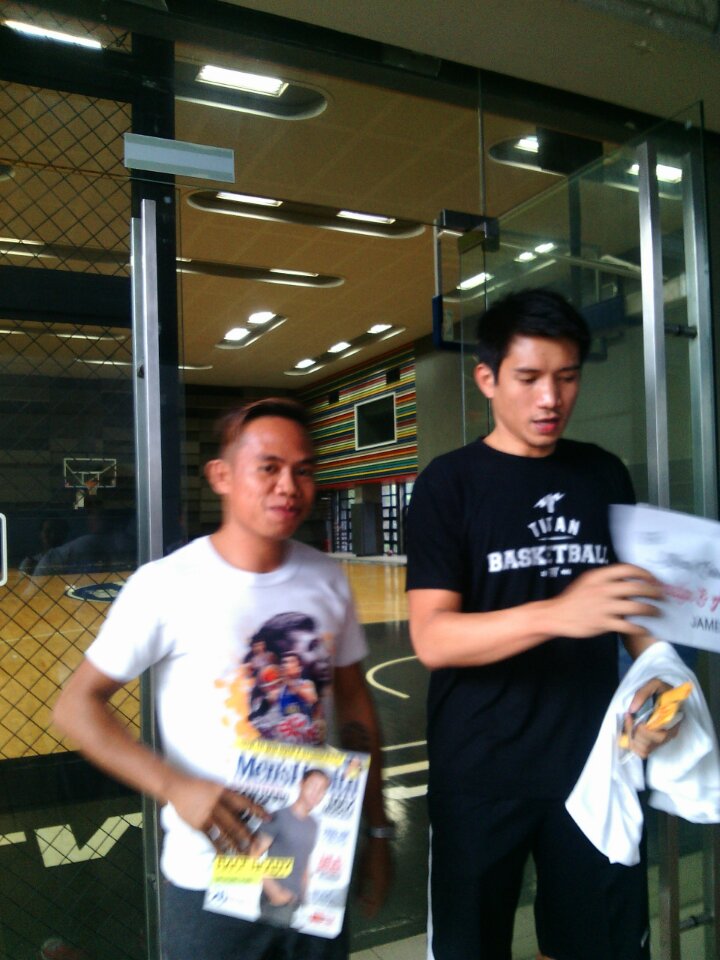 Talili says his tattoo artist, Grey Michael Avila, was lost for words when he showed him the design he wanted: a portrait of Yap’s chiseled face during a PBA game.

“I decided to have his face tattooed on my chest because I want everybody to know how I love James,” Talili says. 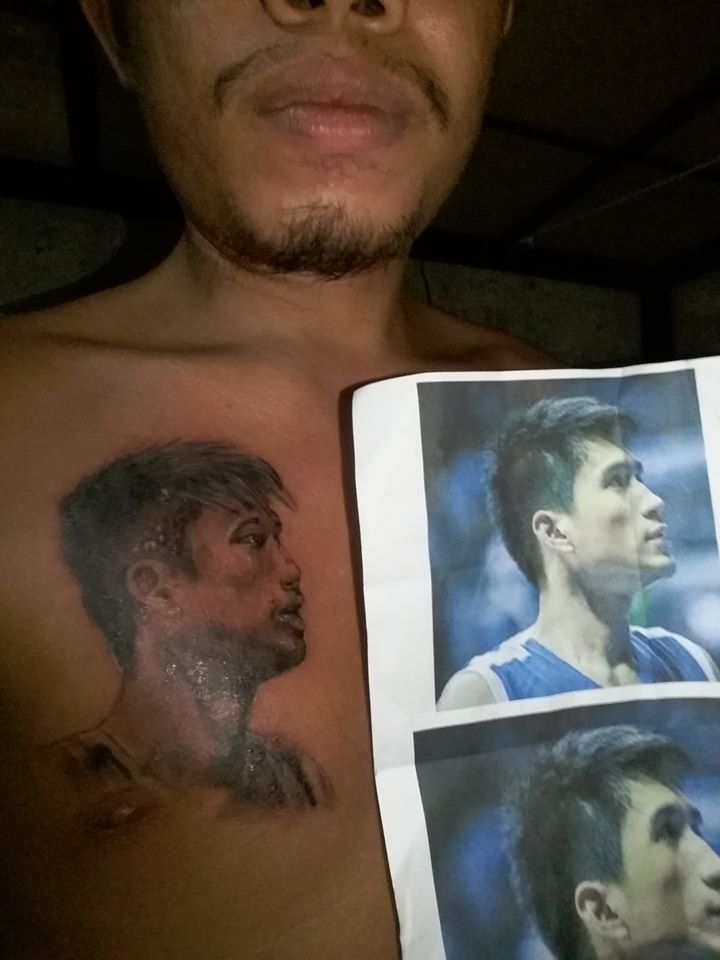 This decision cost him P2,500, and it’s something he doesn’t regret at all. Talili has lofty plans for his left chest–a blank canvas that is begging to be adorned by another James Yap portrait.

Talili says his calendar is marked with another visit to a Hotshots practice with the Yapsters. This time, wearing his “ultimate fan” badge, he is hoping to get more than a blurry photograph. 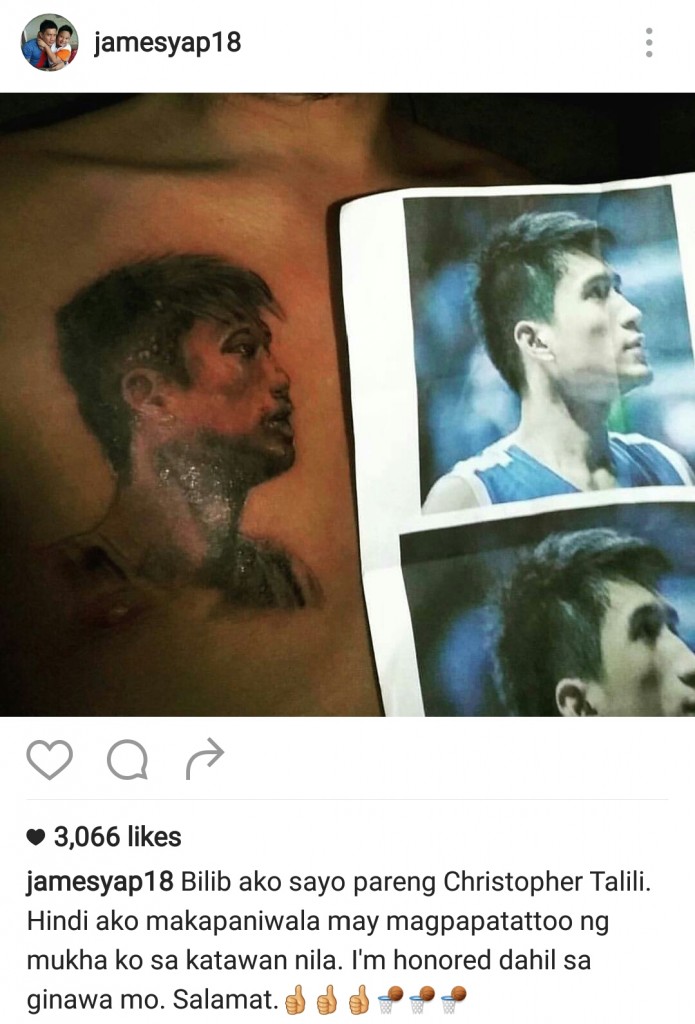