Sixth Man: The story of a father and son trainer

Tembong is a legendary boxing and basketball trainer. Closely following in his footsteps is his son, Bobot.

Rodney ‘Bobot’ del Rosario was born and raised in Biñan, Laguna. He was exposed to sports at a young age because his father, Artemio or ‘Tembong’ to most, was a basketball and boxing physical therapist.

Mang Tembong would bring a young Bot to practices, and if circumstance permits, the younger del Rosario got to watch the games from the stands.

Tembong started his career in sports as a physical therapist for boxing in 1969, and moved to basketball in 1975. He was really into basketball, but with height as a major requirement to play the sport, he switched his attention to boxing.

He was hired by Mimi Itchon, nephew of the PBA’s second president, and the team manager of the 1972 men’s national team–the team that last qualified to the Olympics. 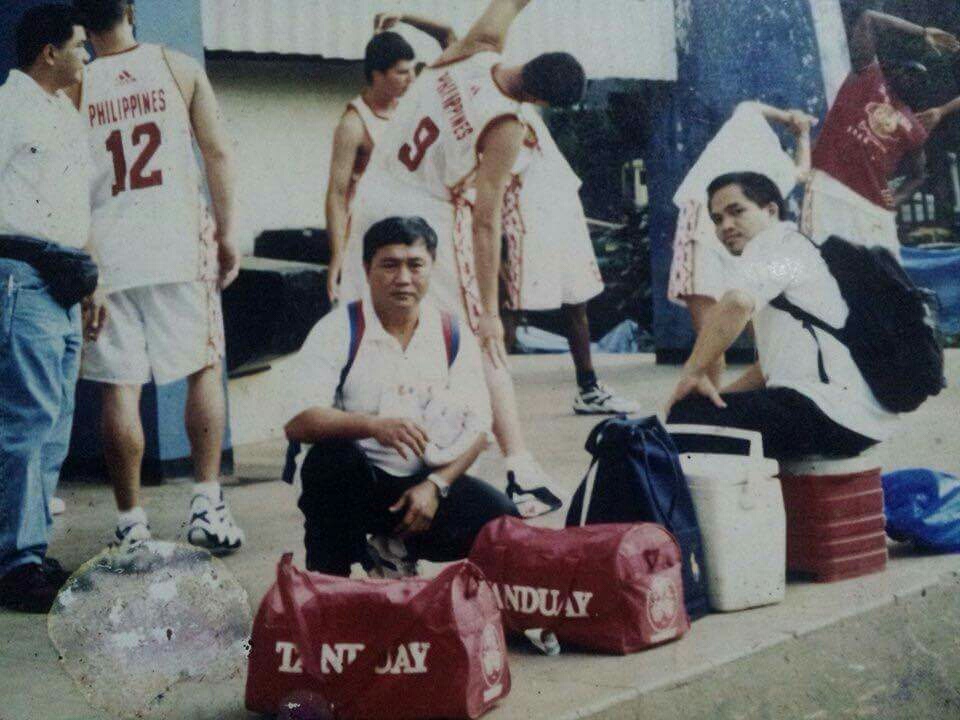 Bobot was the physical therapist of the UST Growling Tigers in the UAAP. He also had a stint with the GlobalPort Batang Pier in the PBA and he’s currently doing some work in amateur leagues, known to most as “ ligang labas.” Before he developed his passion for basketball, he was into boxing first, like his father.

He says this was also the same time when his father would bring him to his basketball practices. According to Bobot, his family was supported by boxing and basketball.

Since PTs back then weren’t as celebrated and compensated as basketball players, Mang Tembong had to survive with a meager P350 monthly salary. But according to him, the most difficult part of being a PT was working while sick and not seeing his family as often as he would want to, as his work demanded a lot of hours.

Mang Tembong said apart from these, he also enjoyed the perks of his line of work–he gets to travel with teams to not only out-of-town games, but to international events as well.

His encounters during this time were mostly pleasant regardless of what team or which player. 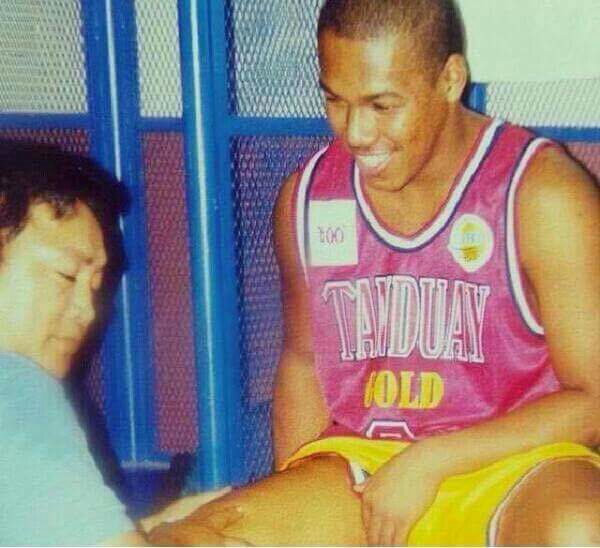 When asked what was the most memorable moment for him, he says a specific championship campaign in the PABL was unforgettable.

For Bobot, the difficult part of his work is really its day-to-day struggles. The long commute from Laguna to Manila and back, and the time apart from the family.

But the bad is always being offset by the positives–meeting a lot of personalities, and developing friendships with the players.

Mang Tembong never imagined that he would be succeeded by Bobot. He didn’t even want any of his kids to follow his footsteps as a physical therapist (“Mataas kasi ang pangarap ko sa kanila.”)

But it seems that Bot’s exposure to his work made him choose the same career path, as he eventually developed a liking to his father’s work.

This connection is very obvious to Bobot, who is also already a father of two girls. Does he want any or both of them to continue his and his father’s legacy?