Bye, KD: What OKC is saying about Durant’s exit

July 5, 2016
Just like that, the rich get richer. Or in this case, the golden, gets, um, what’s the word, golden-er? Golden State should change its moniker to Ultimate Warriors because the NBA’s bout to get gorilla press dropped. Okay, that was a bit lame. It sounded cooler before actually typing it.

By now, you all know that Kevin Durant just went to the Golden State Warriors. In case you’re still unaware, you have no business being here. Unless of course, you literally have a business being here and you want to sponsor us, so by all means.

Also by now, you’ve read, dissected, and dissed all the analyses and reports about the most galactic NBA free agent signing since LeBron James counted not one, not two, not three, not four, not five, not six, not seven in South Beach. Which by the way he accomplished since he only won two titles in Miami.

OKC fans are going through the five stages of grief right now:

Dub Nation fans, on the other hand, are going through all sorts of stages of ejaculation. To paraphrase Jaws: they gonna need a bigger bandwagon.

Seriously though, you have to feel for OKC fans, especially since they only have one major sports team, a good one at that (no, the Oklahoma City Snipers of the National Squirrel-Hunting Association doesn’t count).

You also have to feel for the Thunder, obviously. They were just a few (okay, many) Klay Thompson Game 6 missed shots away from returning to the Last Dance this season, then all of a sudden, they’re a pedestrian team in the wildly competitive Western Conference. Sam Presti must be asking for the Orlando, FL area code right now, while staring at Serge Ibaka’s 2×2 photo on his wallet.

So to put the OK back in OKC, here are Top 10 Quotes from the Thunder, which may or may not be true (in the form of all-encompassing, greatly profound memes of course): 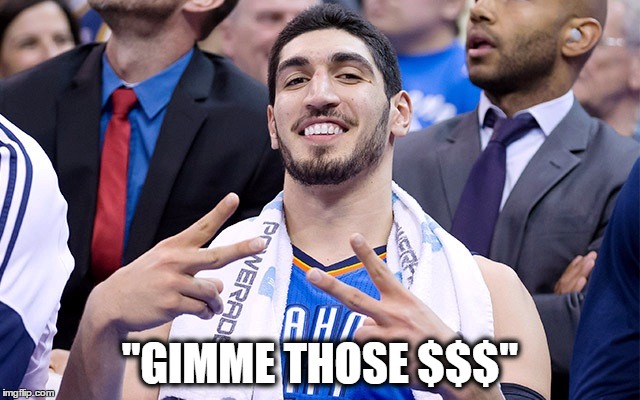 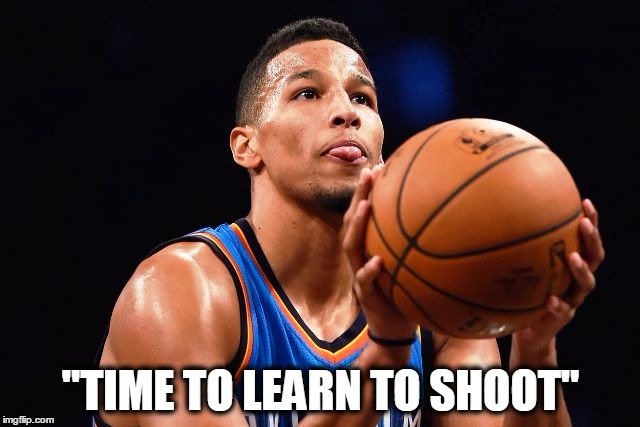 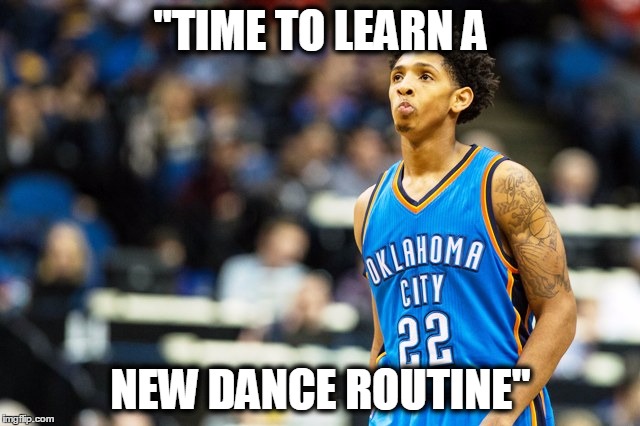 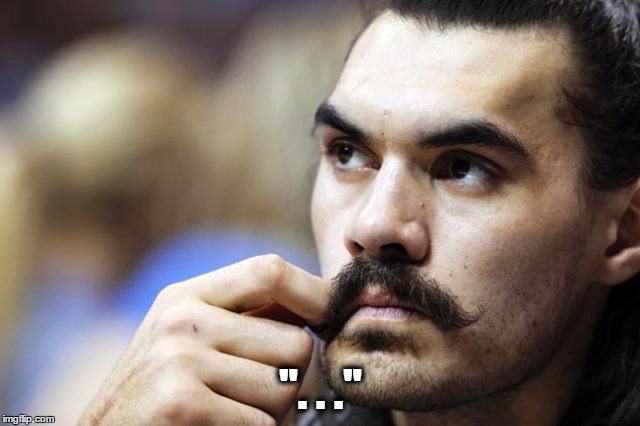 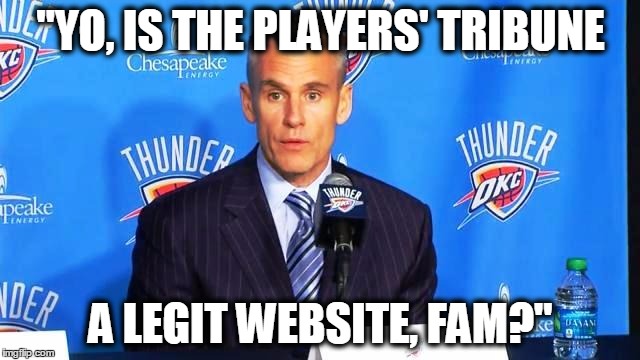 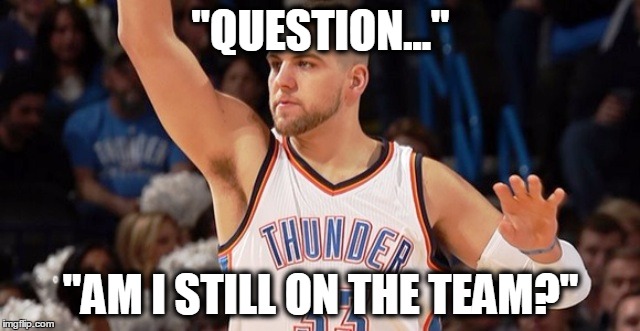 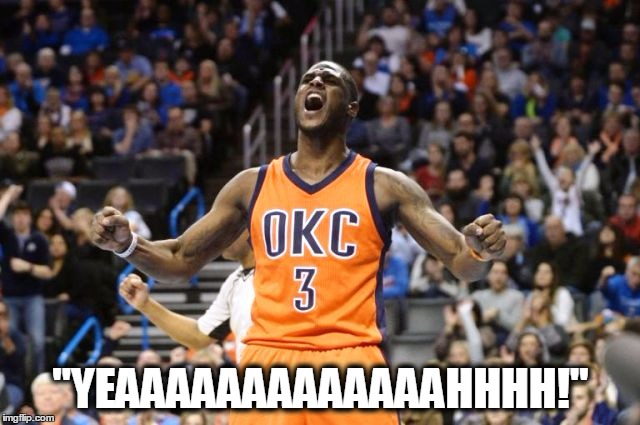 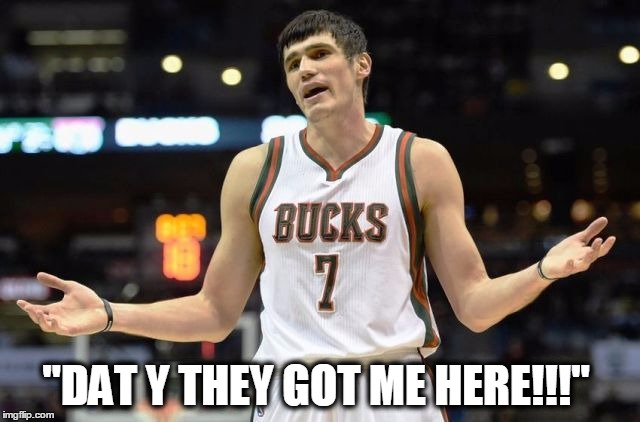 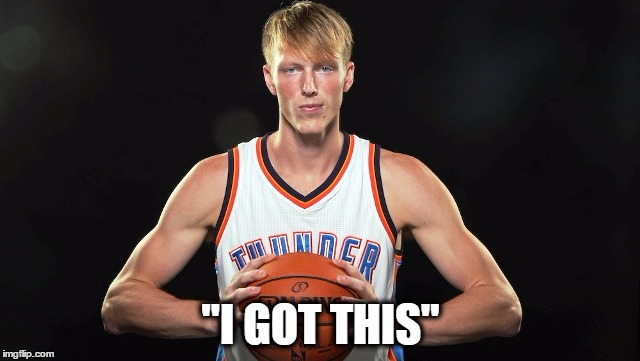 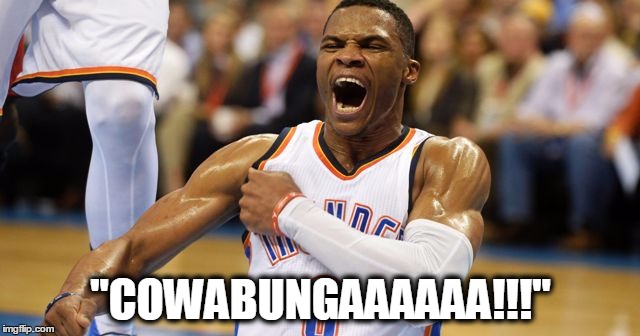