July 20, 2016
The team representing the Philippines in this year’s Jones Cup is a ragtag group composed of journeymen, ex-PBA players, and the older Teng brother. They just might win it all.

The last time the Philippines won gold at the Jones Cup, LA Tenorio went full-on Keyser Söze. He obliterated everyone not wearing a Pilipinas jersey, hit the game-winning shot, lit a cigarette, and vanished. Like poor old Dave Kujan, Team USA didn’t know what hit them.

Someone from Team USA must’ve mistaken Tenorio for a ballboy before tip off. Because in that gold medal game, he played like he was offended by something and wanted to return the favor, like he had something to prove.

He dribbled like a madman and pulled up for 3s like a criminal. He damn near ended Scott Vandermeer’s career with his patented pambansang reverse.

This year’s Philippine roster doesn’t have LA Tenorio–it has TY Tang and Edrick Ferrer, the only holdovers from the Mighty Sports squad that finished second at the recent Pilipinas Commercial Basketball League (PCBL) Chairman’s Cup.

Jeric Teng is the only active PBA player in the lineup. With the season ongoing, Mighty Sports had to look elsewhere for talent. They had no other choice.

Tiu, of course, is talking about Al Thornton, who once dropped 69 points on San Miguel. He’s talking about ASEAN Basketball League (ABL) Finals MVP Jason Brickman, a Fil-Am who hopes to play in the PBA someday.

Gillenwater is KBL’s version of Carmelo Anthony, an inside-outside threat who led the league in scoring last season.

“The weakness is to get the team to play together…If we don’t play together, it doesn’t matter how talented we are,” Tiu said. 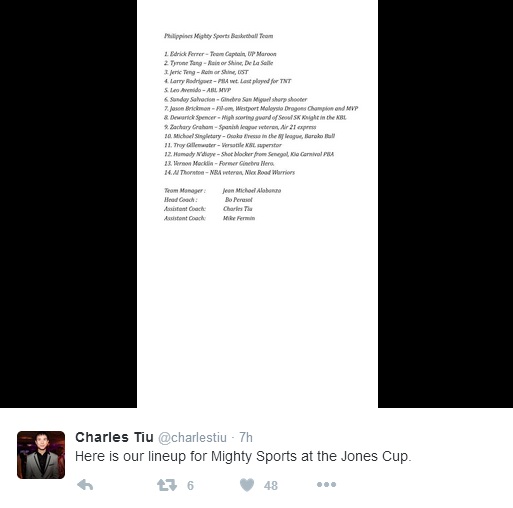 Salvacion is a PCBL gun-for-hire after moving on from the PBA. Avenido did it in the ABL.

Macklin flew to Qatar after the Ginebra gig. Singletary went to Japan after carrying Barako Bull in 2013. N’diaye threw a block party for Senegal at the recent FIBA Olympic Qualifying Tournament.

They are the usual suspects, collecting jerseys from various leagues, jumping from one team to another (or one country to another) to perform basketball duties for those who require it.

Their next job has them pulled out of obscurity to perform an odd task: regain the lost glory of Team Philippines.

To succeed, they will have to play like Tenorio did four years ago, like madmen, like they have something to prove. They have to. They have no other choice.

“We want to regain the glory and bring home the championship to the Philippines,” said Tiu. 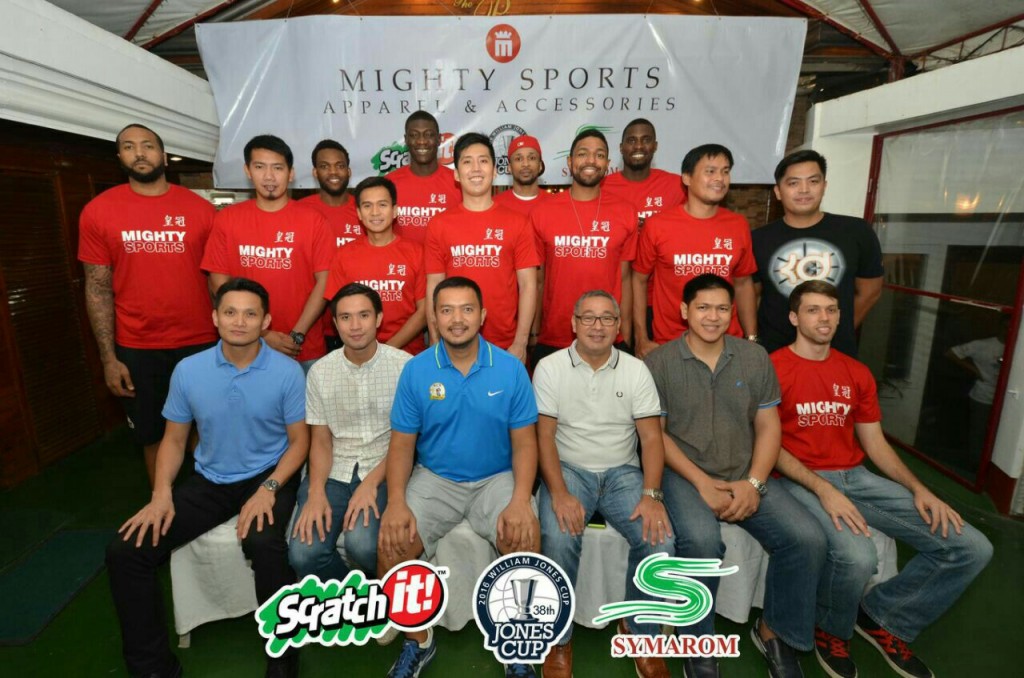 In case you’ve forgotten who some of these players are, let’s refresh your memory: