Where do Starting Lineup action figures, 90s PBA tickets, and Benjie Paras sharpeners go? They end up in the hands of The Filipino Picker.

The dream of the 80s all the way to the 90s is alive within the walls of a small space in Boni Ave., the home of Mark Anthony Gianan. A Space Jam Talking MJ and an FPJ movie poster share this space, where nostalgia runs deep and remains in mint condition. 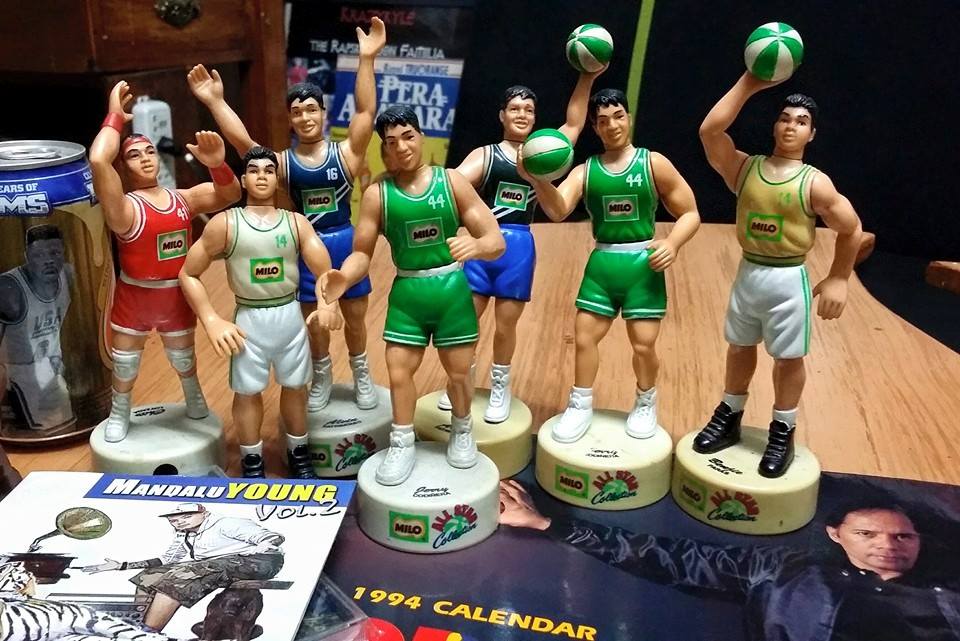 “I’ve always been sentimental. I’ve kept all my toys, my old IDs, my old report cards, and medals from school. I only realized it’s called collecting when I grew up,” Gianan tells BuhayBasket.

It is this flirtation with the past that gave birth to Gianan’s alter ego: The Filipino Picker.

From something as small as a Glico’s token to something as life-sized as a Jollibee statue, The Filipino Picker has it in his collection of 80s and 90s memorabilia. He’s got enough vintage pieces to design the set of Stranger Things‘ second season.

As an 80s kid, Gianan grew up with Ginebra’s never-say-die spirit, but the first basketball item he added to his collection was a basketball autographed by players of Presto Tivoli. He scored it thanks to a supportive aunt who was friends with Presto’s top pick in ’92, Vergel Meneses.

“I wasn’t a fan of Tivoli then because I was a die-hard Ginebra fan, but that ball signed by the entire team was a keeper,” he says.

Gianan’s basketball fandom found its identity in the mid-90s when he saw Blue Chips, particularly at the point when Anfernee Hardaway made his onscreen debut as the fictional point god Butch McRae. Another Gianan alter ego was born. 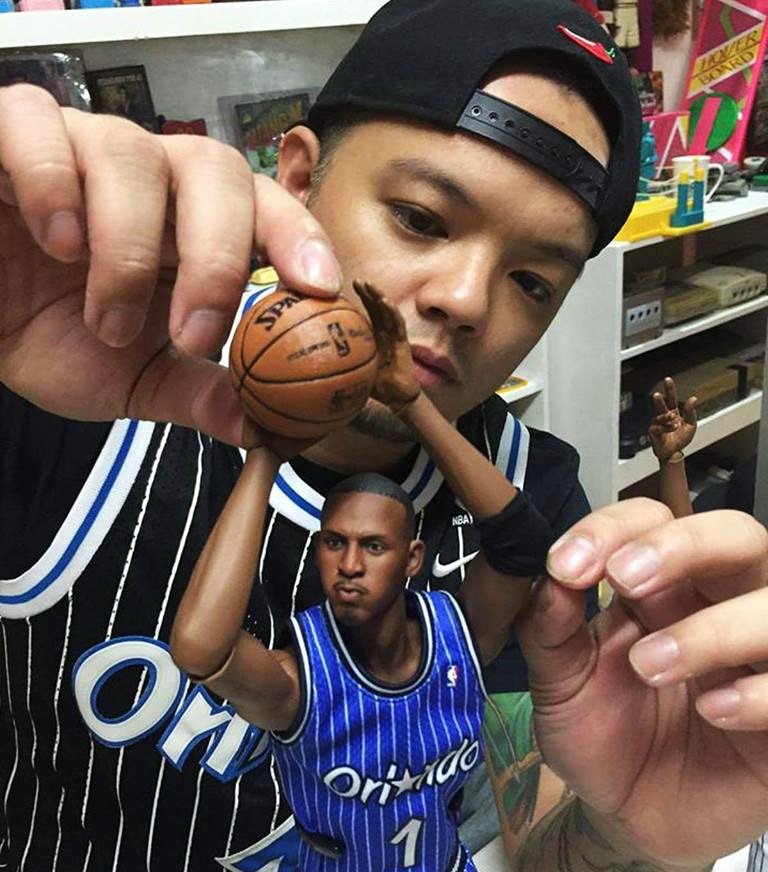 “Penny was my hero. In high school, I played varsity and I wore number 1. I wanted people to call me ‘Pinoy Hardaway,'” he says.

He has a rare ‘Lil Penny talking doll, Penny action figures, Penny jerseys, and a $200 ticket to an Orlando Magic home game he kept from the 90s. 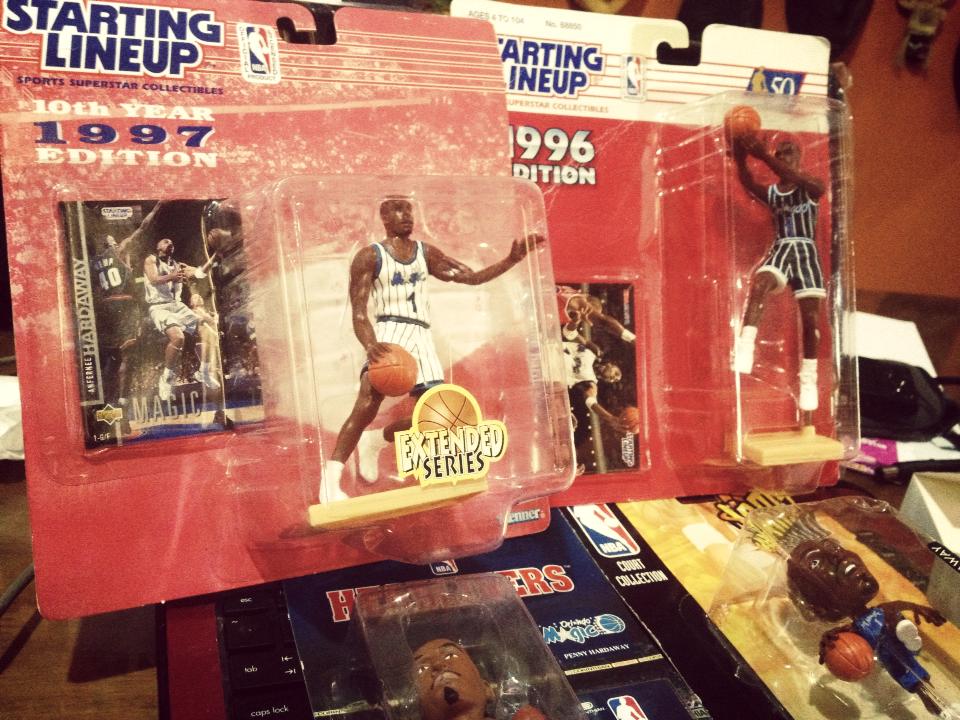 Some of what he keeps on the shelves are from his childhood while others he acquired from other collectors. His biggest find is a pair of Kaypee Futuras–the shoe endorsed by PBA legends Alvin Patrimonio and Ramon Fernandez.

“I had these in elementary…After 20 years of searching, I finally found a pair,” he says. 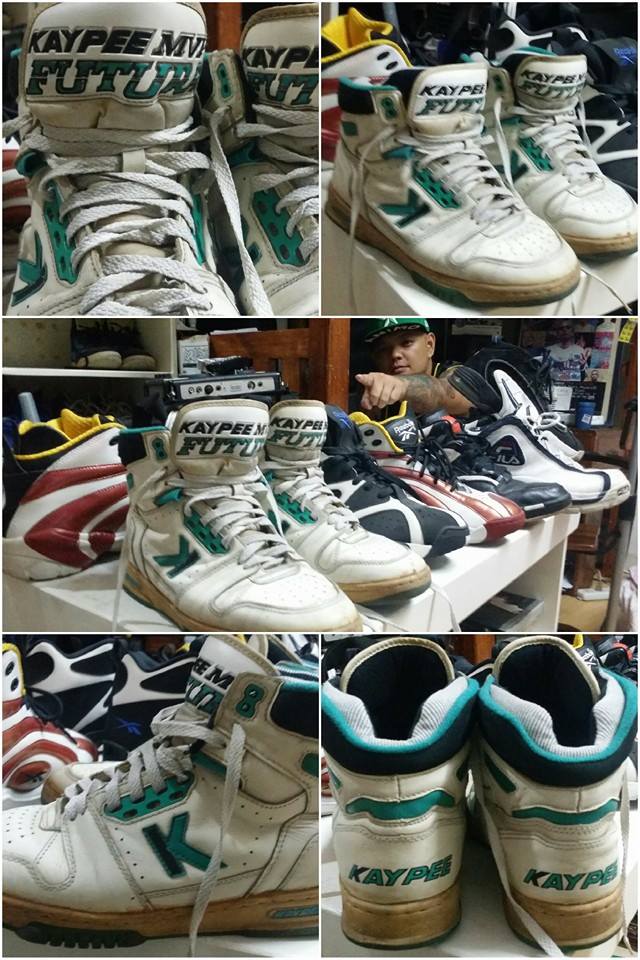 Gianan has no plans of selling the pair despite getting tons of offers (one collector offered to pay P9,000), and that is what separates him from the typical picker.

“I think I won’t sell the pair ever. I need Patrimonio to sign it…I’ll see him soon in one of my shows, I know it,” he says.

One more thing that stops Gianan from being just a guy who collects old stuff is the other alter ego who has stayed with him the longest: Krazykyle.

Krazykyle, who has been around the music scene since the early 90s, now raps for a TV network and writes the soundtrack for Vic Sotto’s Metro Manila Film Fest entries. His life has come full circle. So, yeah, Gianan aka The Filipino Picker aka Pinoy Hardaway aka Krazykyle has pretty much everything he needs. Except one thing.

“Only thing missing is a meet and greet with Penny. If he signs a tissue paper or my shirt or my cap or anything…then that will be it.”