August 23, 2016
The best nicknames in the history of the PBA came from one ’80s team, led by Philippine basketball’s greatest coach: a fierce competitor who went by the name ‘Baby.’

The Coffee Makers were less a basketball team and more a multi-hero team-up adventure. At the center of it all was the late legendary coach Virgilio ‘Baby’ Dalupan, also known as The Maestro.

Dalupan was given a Nick Furyean task of assembling a powerful group to achieve one goal in 1987. That year, former Crispa players Philip Cezar (Tapal King), Bernie Fabiosa (Sultan of Swipe), and Atoy Co (Fortune Cookie) jumped ship to Great Taste, which already had Abe King (Chairman of the Boards), Ricardo Brown (Quick Brown Fox), and Arnie Tuadles in its roster. A left-handed rookie named Allan Caidic (The Triggerman) played Hawkeye in this stacked lineup.

At the All-Filipino Conference, the Coffee Makers swept the Coffee Kings (coffee was huge that year) to win its fifth title in the PBA. It was Dalupan’s 14th championship.

CHAIRMAN OF THE BOARDS

King, a prolific rebounder with well-developed business acumen, was #blessed with one of the most creative monickers in hoops.

TAPAL KING AKA THE SCHOLAR

Cezar was a blocker extraordinaire with high-IQ.

On Dalupan: “As a father, as a mentor, a friend. You can also talk to him like you’re joking…And that’s why we’re sad, we will miss him.”

On Dalupan: “When I became afraid of him, I became disciplined enough to follow him. And that’s what coaches do. I realized that after I began coaching as well. Coach Baby was doing the right thing.” 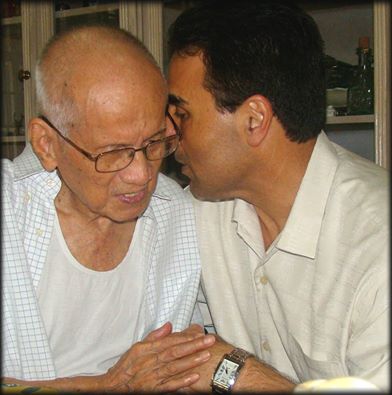 On Dalupan: “A true iconic, Philippine basketball legend like no other.”

Dalupan passed away on August 17, 2016 due to complications from pneumonia. He was 92 years old.