August 10, 2016
In the pre-Jay-Z era, the Nets had a group of guys with so much promise and potential. The fun lasted for one season.

A new look, new logo, and a 6-foot-10 rookie who can shoot. The New Jersey Nets had all these going for them in the 1997-1998 season, when they made the playoffs for the first time after three years of not. 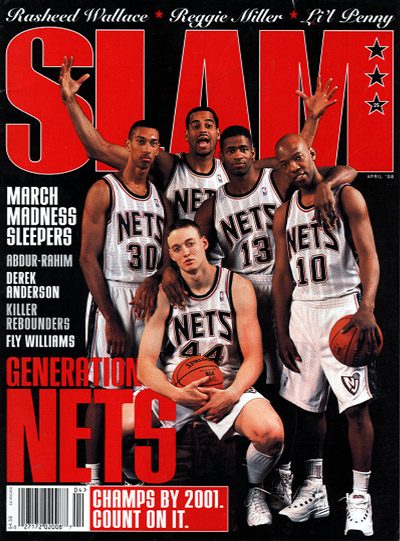 The Nets exited the playoffs Coach Carter-style after being swept by the 62-20 Bulls. This team would not win any titles, but they kicked ass in NBA Live ’98. They also had Yinka Dare.

They only managed 16 wins in the lockout season the following year, losing Sam Cassell to a trade and Williams to a career-ending injury–signaling the abrupt end to the good days. A rehashed Nets lineup with Jason Kidd, Richard Jefferson, and Kenyon Martin did make it to the finals twice in 2002 and 2003.