For a brief time in his wildly successful amateur career, he thought he was invincible. It became a minor blip in a near-perfect run. It paved the way for the rise of Dino Aldeguer.

He was on a roll. Coming off a title run in the Philippine Basketball League (PBL), where he was named Finals Most Valuable Player and Mythical Five member, Dino Aldeguer barged into the 1998 UAAP season with the swagger of a champ.

Franz Pumaren made his coaching debut with La Salle that same season. The Green Archers–led by PBL Mythical Five members Aldeguer, Don Allado, and Renren Ritualo–were heavy favorites to win a title. All they needed was a push. Pumaren, who launched the pilot season of the dreaded and horrifying “La Salle Press” that year, provided that push.

On the back of Pumaren’s stern coaching and Aldeguer’s deft playmaking, the Green Archers finally delivered a trophy to Taft Avenue after a long eight-year wait.

During the offseason, Aldeguer’s winning ways flourished–snagging another title with Welcoat in the PBL, and another Mythical Five honor.

“After winning with La Salle and Welcoat, and getting individual awards, I really thought I was invincible, but somehow the 1999 season didn’t go as expected,” Aldeguer recalls. 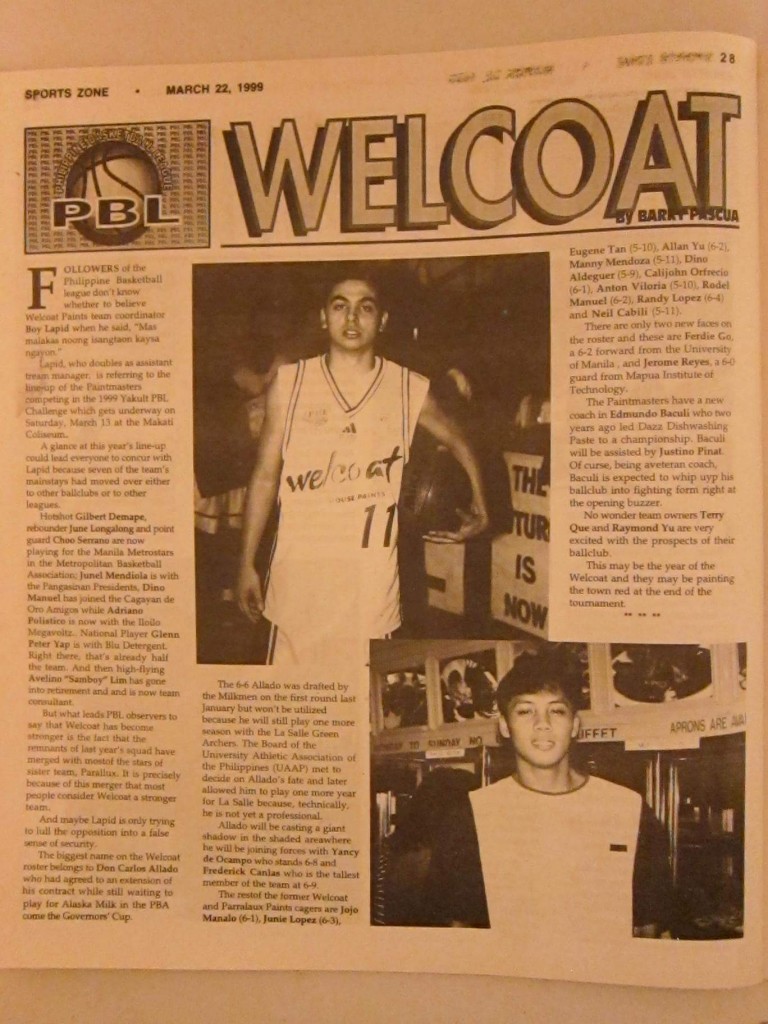 The 1999 season was Aldeguer’s final year of playing in college hoops. The 62nd season of the UAAP. The Year of The Shot.

“Many people talk about ‘the shot,’ but many did not know that I struggled big time, and I didn’t even know if I was going to make it through that season,” Aldeguer tells BuhayBasket.

Just like many defending champs before them, the hungover Green Archers started the fresh season on a sluggish note. After an impressive run just a year prior, they were on track to becoming a really bad sequel, like Speed 2: Cruise Control.

It was Aldeguer’s early struggles that were in clear view of a La Salle crowd hungry for back-to-back titles. He was under the microscope, an unwitting victim of his own coach’s brand of suffocating full-court pressure.

Aldeguer lost his starting job. Then his playing time. His confidence soon followed him to the end of the La Salle bench. Dino Aldeguer was no longer the star point guard he used to be. He was no longer invincible.

“After I got an average of 5 to 8 minutes a game for probably 10 games or more, it just shattered whatever confidence I had,” he says.

The Aldeguer stock plummeted, but La Salle still managed to book a date with the UST Growling Tigers at the UAAP Men’s Basketball Finals. In Game 1, Aldeguer had a chance at redemption in the dying seconds. The play was originally designed for Ritualo, the team’s best shooter, but it was Aldeguer who took the game-tying shot.

He shot an airball. And just like that, La Salle’s hopes of a repeat went dim. They had to claw their way back to steal Game 2, and set up a climactic Game 3. It would be Aldeguer’s final game as a Green Archer.

“Game 3 was an all or nothing mindset for me. I asked myself that night, ‘How would I want the Lasallian community to remember me after this one last game?'” he says. “I was already down and almost out, but I knew that there was still a shot and there was still hope.”

The odds weren’t in La Salle’s favor because a) they’ve never beaten UST in a finals series, and b) they’ve never won a championship at the Cuneta Astrodome.

Aldeguer didn’t care about the odds. There was a sense that he had to rise above everything.

“I don’t want to brag or be proud, but I knew that we were going to win Game 3. I knew God was preparing something special,” he says.

The shot that forced overtime in Game 3 was the biggest moment in his basketball career, Aldeguer admits. It gave him hope, something he desperately needed at that time.

“Nothing is impossible in life. If you keep going, you will get through, you will make it,” he says. 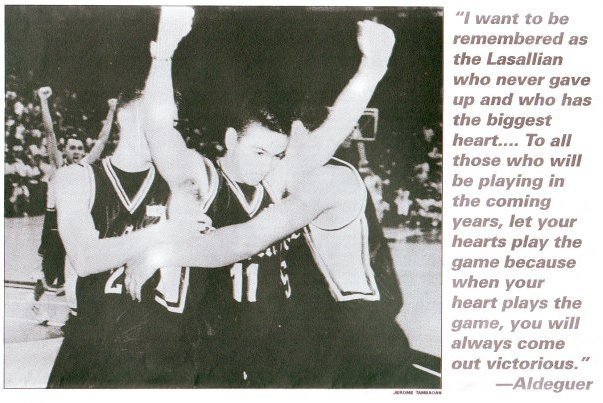 Aldeguer unceremoniously stepped away from the game after stints in the PBA and the MBA, where he won a championship as a member of the Negros Slashers.

He plays in throwback-themed La Salle games every now and then, reliving the days when it was still his job to take the biggest shots of the game–regardless of the result. Aldeguer was that dude. 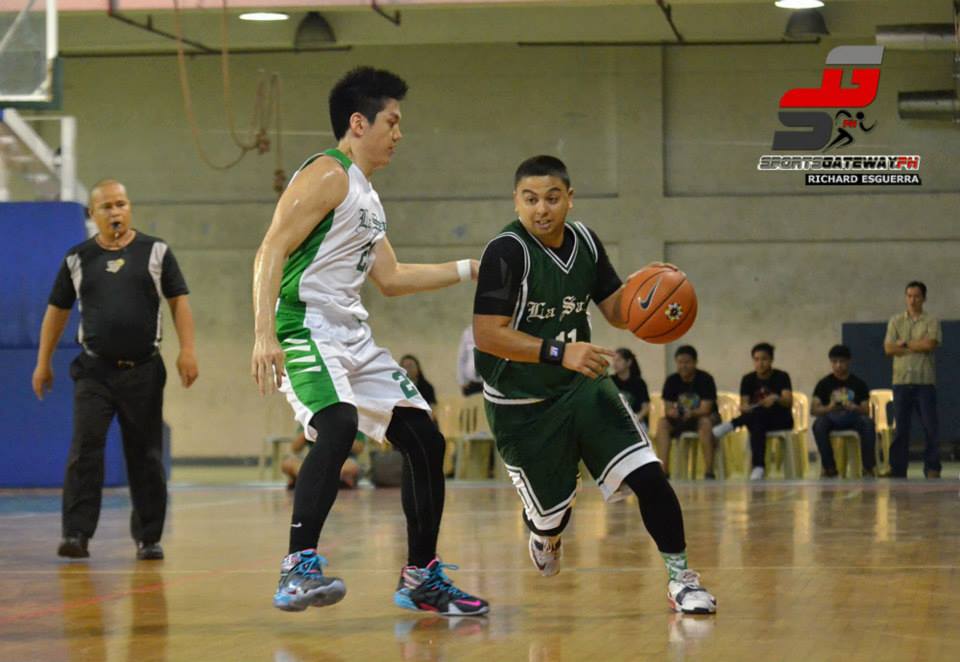 “Kids are so scared to fail nowadays because probably of media and everything else…But in life, we never lose. We just learn. But only a few will have the heart to believe in that,” he says.

Now 40, Aldeguer is on a different path as a father of three and a top executive of a construction company.

It’s been more than a decade since he rocked Cuneta Astrodome with that heroic 3-pointer. The drums have long stopped beating for number 11. There are no more chants of “Di-no!” “Di-no!” Seventeen years later after that big moment, his life continues to be on the rise, albeit set in a more hushed tone, away from the limelight.

“There are times you miss the noise and the attention, but many times I just want to be at home with my family, talking about anything and everything,” he says. “My family is my life.”

The Filipino Picker aka Pinoy Hardaway

The Man with the Whistle