September 13, 2016
At the 65th season of the UAAP, the Ateneo de Manila University Blue Eagles said “no” to a lot of things. It worked out well for them in the end.

When Mark Cardona got the ball in the backcourt with 9 seconds left in Game 1 of the finals, there was no doubt that he would take the big shot. It was either going to be a shaky pull-up 3 at the top of the arc to win the game, or the patented running hook shot in the painted area to tie.

Cardona went with the latter. Larry Fonacier said, “No.” Cardona tried again with the clock down to 2 seconds. Fonacier, like a baby-faced pitbull locking his jaws on his prey, stressed, “No nga!” Game over.

The first game belonged to Ateneo, and Wesley Gonzales, who probably waited for this exact moment his whole life, made sure Cardona knew it. 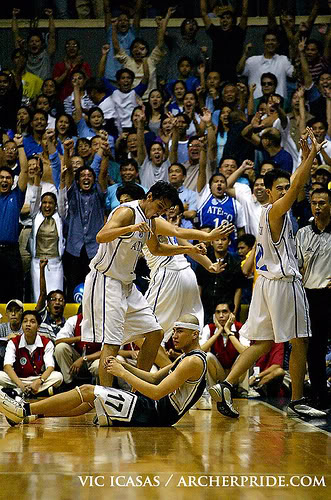 2002 shouldn’t have been Ateneo’s year. The De La Salle University Green Archers were bound to sweep the eliminations. The boys from Taft were about to make history by winning five straight titles. They were supposed to face the UE Red Warriors, a team that was a win away from its first UAAP Finals appearance in 12 years.

The Blue Eagles shook their heads and wouldn’t allow any of these things to happen. But they did allow this to happen: 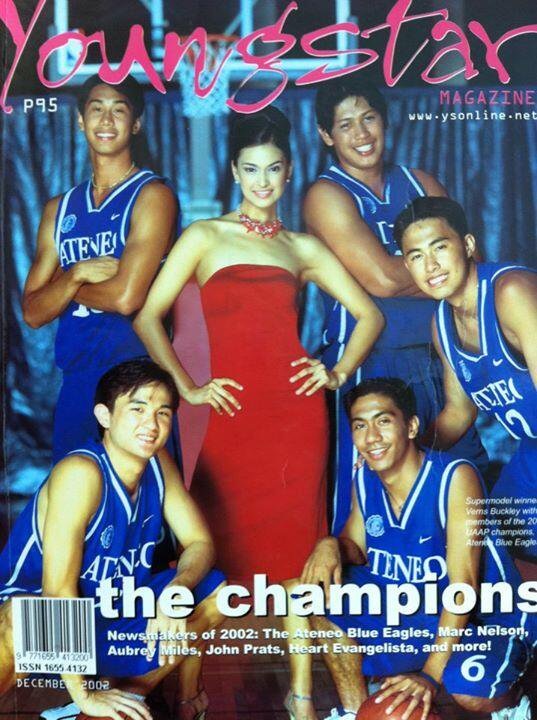 As the third seed in the Final Four, the Blue Eagles had to beat UE twice. A James Yap Off Night gave them Game 1; a Gec Chia Miracle sent them to the finals. Chia, a bona fide liga legend before joining varsity, said “no” to the championship dreams of Yap, Paul Artadi, and Ronald Tubid.

An Ateneo-La Salle finals rematch at the peak of the rivalry was everything. Ateneo lost to their rivals a year prior, and a back-to-back loss would add another failed season to a 14-year title drought. They said no to that as well. It was a hard no.

In the finals, a different Ateneo team showed up, matching the intensity and poise of a La Salle team on the verge of history. The Blue Eagles won Games 1 and 3; Fonacier and Gonzales were named Finals co-MVPs; Joseph Yeo and Enrico Villanueva continued to hate each other. Everything went according to plan.

If this team had a Blue Chips-style epilogue, it would read like this:

After denying La Salle’s shot at history, the Ateneo Blue Eagles would later succeed in winning five straight titles from 2008 to 2012.

Half of the 2002 roster would go on to the play for the PBA.

LA Tenorio and Larry Fonacier found success in international competition, and were key pieces in the Philippine team that ended the “Korea curse.”

Rich Alvarez tried acting. He now has his own IMDb page.

Gec Chia retired from basketball after a stint in the PBA. He now manages an Italian furniture company. His game-winner is still awesome.