October 25, 2016
Spectators at the imaginary Bora Cup won’t get to taste gin this year after Barangay Ginebra, the 8-time favorites at the fictitious event, withdrew sponsorship.

Tied at 88, 5.5 seconds left. Mobile phones are raised into the air like stars, illuminating nobody in particular, quite possibly a desperate attempt to ward off evil forces that haunted the team for eight long years. 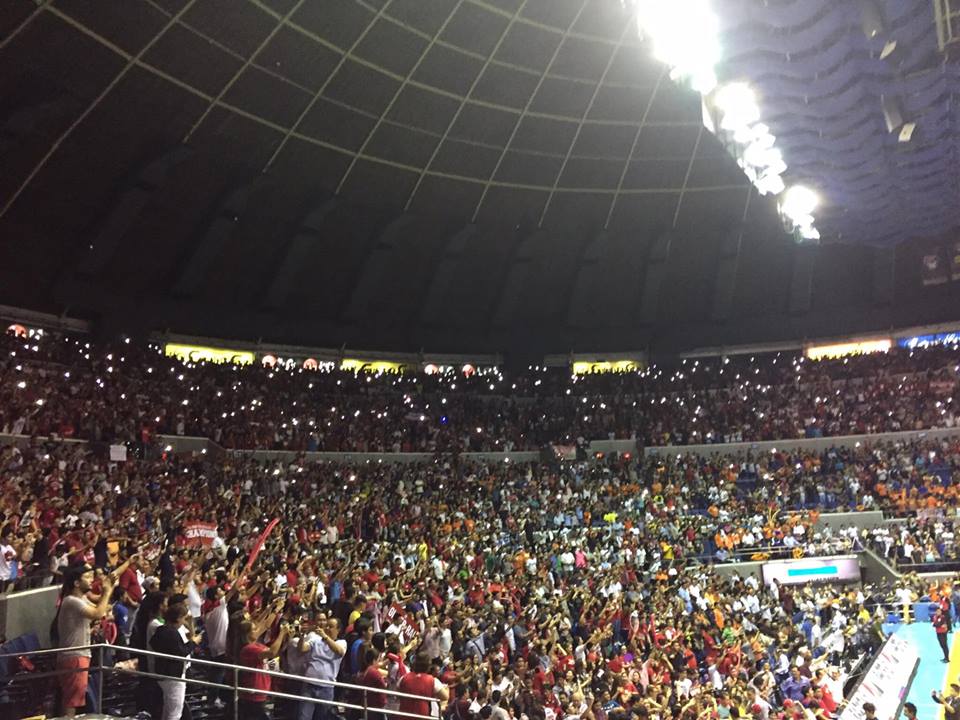 Sol Mercado is tasked to bring the ball in. The Ginebra chant threatening to shatter glass. The chant fades away a bit as Mercado takes three excruciating seconds to find Justin Brownlee.

Then there was eerie silence, as if everyone’s collective breathing stopped. “Brownlee ang tumanggap…” With 2.3 seconds left, Brownlee lets it fly over the outstretched arms of Allen Durham. LA Tenorio crouches in prayer. Scottie Thompson tries to sneak in the lane for a potential follow up.

Bang. Splash. Kaboom. Or whatever sound a title-clinching 3 makes. A high-pitched “wow” was all that Alex Compton could muster. Tim Cone could only put his arms up. He had just won his 19th championship. The “Brownlee Wins It for Barangay Ginebra!” video had just been viewed 428,794 times.

The smoke has cleared. Everyone has said their piece. And Mark Caguioa has finally gotten “Sinong kangkong ngayon?” off his chest. Stephanie Magno, a die-hard Ginebra fan who watched the last three games of the finals at the Smart Araneta Coliseum, has left the country.

Stephanie is an English teacher based in Japan for almost four years now. Her favorite color is green, “like pitted olives, Master Yoda, and kangkong.” She was in the Philippines for an event, and braved crippling EDSA traffic to watch Games 4, 5, and 6–games Ginebra won.

If the Meralco Bolts forced a Game 7, Stephanie would’ve still been here. She fixed her flight schedule to guarantee it. But Ginebra didn’t need a Game 7, so there she was, on October 19, 2016, at the Upper Box A section of Araneta with her GSM Panatiko family. She was there when Brownlee ended the Bora Cup streak in front of more than 20,000 people. At that moment, Stephanie froze. 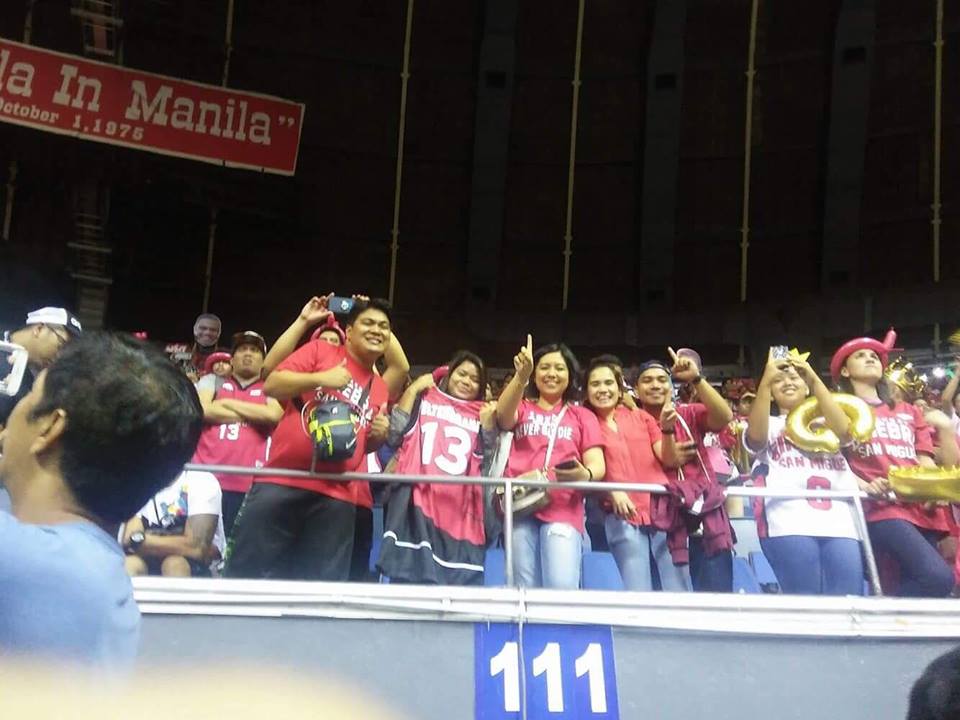 Stephanie said she became a fan of Ginebra in early 2006–a time when Caguioa and Jayjay Helterbrand were peaking.

“I became a Ginebra fan because of them. And, it wasn’t a scintillating ‘The Fast and the Furious’ play that got me cheering for Ginebra. Para silang salesman. Si Mark ‘yung kumatok sa pinto aggressively, tapos si JJ was the one who eagerly presented the product,” she explained.

Caguioa is now 37 years old and Helterbrand is 40. They went through eight years of starting strong then coming up short. Their bodies aged, but their “never-say-die” spirit didn’t waver. Caguioa always said this championship was for the fans. Fans like Stephanie, who, for eight years, endured Twitter rants, coaching rigodon, memes, and kangkong jokes. And, of course, losing.

“Kahit araw-araw pa siguro matalo ang Ginebra, aminin man ng ibang fans o hindi, you won’t really get used to the pain. Walang sanay-sanay when it comes to the hurt you feel when you lose. Masakit matalo. Period,” she said.

That pain makes her the die-hard fan that she is. Stephanie doesn’t have a tattoo of the Big J on her leg nor does she write songs that go viral. She doesn’t even drink gin–in the same way old school, hardcore Purefoods fans aren’t exactly hotdog connoisseurs.

She should rethink taking a sip, just this once, to celebrate the big win. After a long wait, Ginebra’s championship, the way it was won, probably tastes funny: bittersweet and a bit salty–like gin and juice mixed with the tears of those who doubted them. 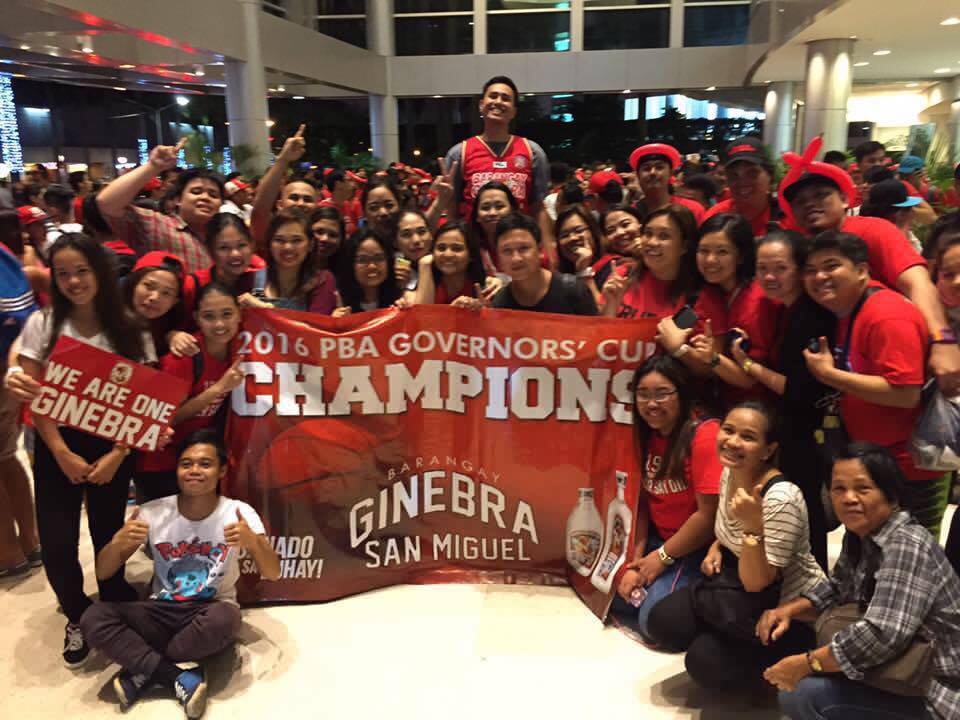