In an alternate universe where Gec Chia didn’t exist, the second-seed UE Red Warriors made it to the finals of UAAP Season 65, outclassed top-seed DLSU Green Archers in three close games, and ended a title drought that goes back all the way to the 80s via buzzer-beating 3 from James Yap.

Some teams have all the luck: they have the luxury of deploying pro-ready troops to wage war against unsuspecting civilians. The 2002 UE Red Warriors team is the opposite of that. Despite fielding a lineup that was meticulously collected to build a basketball dynasty worthy of instructional “How To Beat…” articles, UE found themselves on the losing end of an upset. 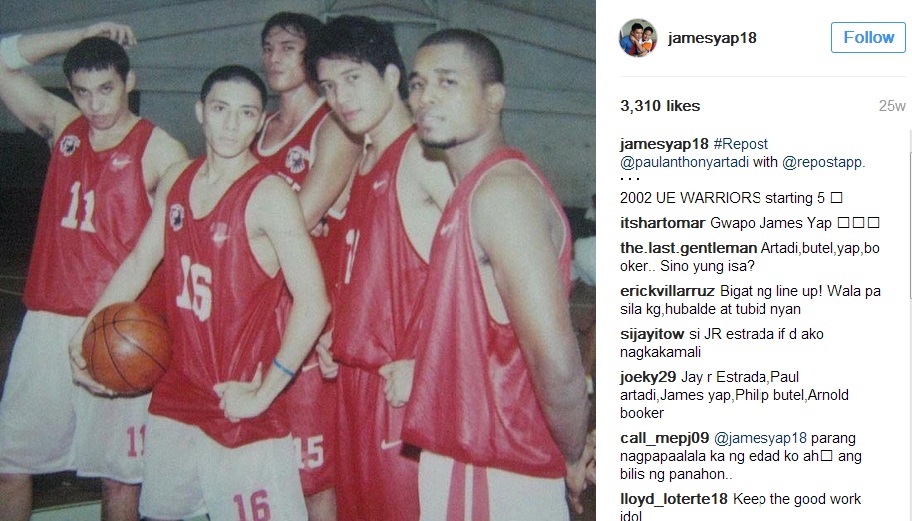 They had the star power of Yap, who at that time was a few moves away from breaching the million mark; the frenetic leadership of Paul Artadi; the athleticism of Nino Canaleta; and Ronald Tubid’s raw intensity. But in a UAAP universe where superteams don’t guarantee championships, this UE Red Warriors team didn’t even make the finals. In this same universe, Gec Chia exists.

After dropping the first game of the semifinal series against the Ateneo Blue Eagles, UE was still in a good position to eke out a win in the closing seconds. Those final seconds were the closest that Yap, Artadi, Canaleta, and Tubid ever got to making the UAAP Finals.

All four never did win a collegiate title, but the blessings, they came in droves once they all made the inevitable jump to the PBA. (Basketball) God works in mysterious ways, indeed. Just ask Gec Chia.