November 24, 2016
The 2001-2002 LA Clippers was the basketball equivalent of Cheddar Jalapeño-flavored Cheetos. You know they’re bad for you, but they’re highly addictive, spicy, and fun.

A video game called NBA Street came out in 2001 and it was awesome. The concept wasn’t groundbreaking: arcade-style, full court 3-on-3 basketball featuring NBA stars. The NBA Jam series got there years ago. But NBA Street made it interesting by implementing a point system that rewarded streetball moves like reel2reel and the slip and slide as well as unethical blocks and soul-crushing dunks. Alley-oops are also strongly encouraged. If you accumulate sufficient trick points, you can power up for a gamebreaker attempt–if it goes in, points are subtracted from your opponent. It was awesome.

But the fun begins in picking teams. The 3-on-3 format makes it simple. To win, you’d need a shot blocker, a high-flier, and a shooter. Easy picks are the Lakers with Shaq, Kobe, and Fish or the Sixers with Mutombo, Iverson, and McKie. Pick the Knicks (Spree, Houston, Camby) and the Kings (Webber, JWill, Peja) for entertainment value or pick the Spurs (Timmy, Robinson, Elliott) and the Jazz (Malone, Stockton, Russell) if you have a big day the next day and need to sleep early.

If pure video game bliss is your thing, you would pick the Los Angeles Clippers. The Clippers lineup had Lamar Odom, Darius Miles, Michael Olowokandi, Corey Maggette, and Keyon Dooling. Hours and hours of Odom throwing lobs to Miles as Olowokandi swats shot after shot is why the game was created. Now add, in real life, peaking Elton Brand, peak Quentin Richardson, a healthy Jeff McInnis, and–okay–Eric Piatkowski into the mix, and you’ve got yourself a party. 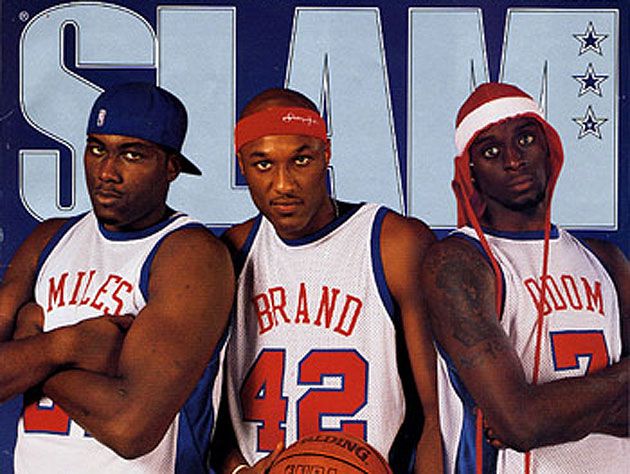 Outside of the video game universe, the 2001-2002 Clippers played in the same frenetic pace under Alvin Gentry. Brand and Olowokandi did crimes inside the paint. Odom did his thing (i.e. everything). Maggette, Dooling, and McInnis chucked 3s. Richardson and Miles head-bumped their way to an Air Jordan commercial. It was awesome.

The run-and-gun (side note: Run and Gun was another awesome video game in the 90s) style caught up with the young Clippers, unfortunately, and they missed the playoffs after dropping 10 of their last 13 games. Miles was traded to Cleveland the next season for Andre Miller, which was the Clippers management’s way of saying we’re too old for Cheetos and video games. They’re wrong. More than a decade later, the Clippers, under a new owner, are still throwing lobs like it was 2001. They’re winning, too.