November 22, 2016
As the Adamson Soaring Falcons barge into the UAAP Final Four for the first time in five years, let’s take an in-depth look at one of the school’s biggest stars–through his own Instagram captions.

His photo on a magazine ad that describes him as the “leading scorer for Adamson Soaring Falcons”:

“Always do whatever it takes to be the best, even if it means defeating your own weaknesses” #ThatsG #regram

A Gatorade infographic after he scored 19 points in a win vs the UP Fighting Maroons:

A highlight photo of himself, driving against two DLSU defenders:

Good, better, best. Never let it rest. Until your good is better and your better is best. – Tim Duncan

A photo of a Gilas jersey:

Another photo of a Gilas jersey:

It’s not about how bad you want it. It’s about how HARD you’re willing to WORK for it! #realtalk

A photo of his Adamson jersey:

Success begins with dreams, that turn into desires, which become actions that don’t stop until they bring results.

A photo of the Adamson Falcons:

Goodluck to my boys! You got my full support all the way. #TeamADU #uaap77 #SoarForTheWin 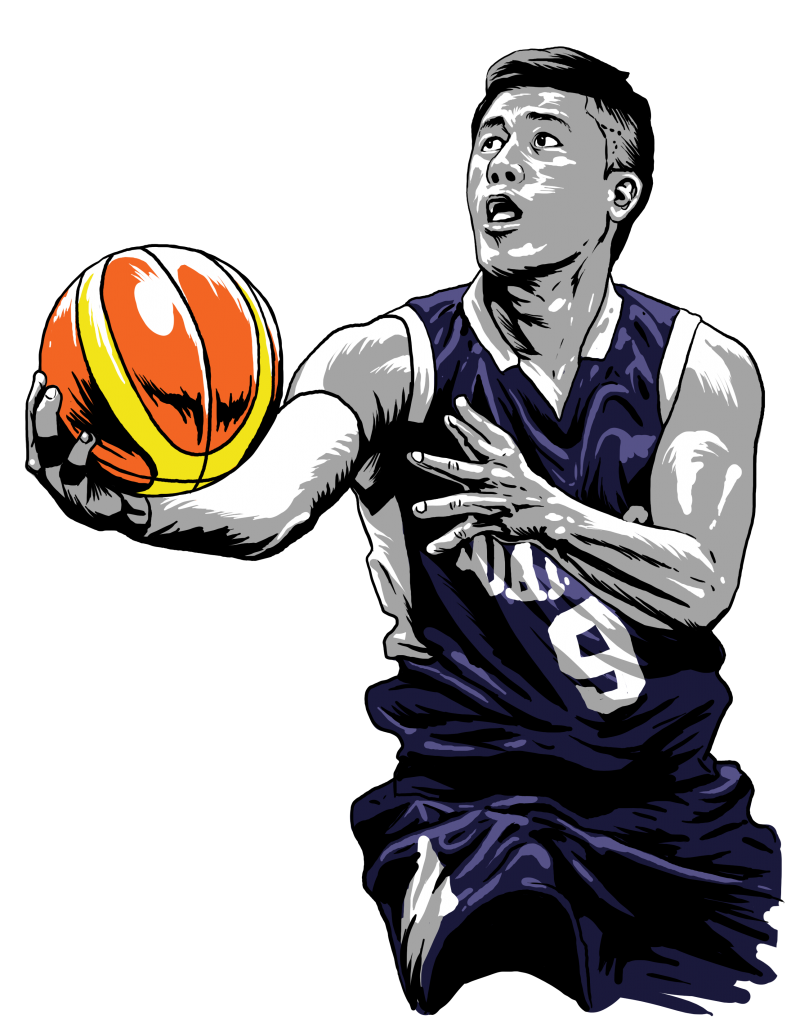 confident about draft chances: August 24 it is! Lord God please guide us

God please turn my dreams into reality as i enter the Draft today. All Glory goes to you! #2014 #PBA #DraftDay

So blessed to be a part of the ROS family. Dreams do really come true! Thank You Lord #9

His first PBA game against the San Miguel Beermen:

His first PBA win against Blackwater:

Happy to finally have our first win. #BayanNgRos #blessed #ontothenextone

Welcome to the ROS FAMILY! #BayanNgRos

Man time flies by so fast! I can’t believe I’m on my 2nd year now, it feels like it was just yesterday. Really blessed to be able to play the sport that I love. Btw, see y’all later at Moa Arena for the PBA opening and our first game of the season against Purefoods. #BayanNgRos #TYL

Black and white photo of himself, stepping on a basketball at center court:

I started playing basketball in Saipan in 5th grade. When I was a lot younger, I was torn between playing basketball and doing MMA. But because of an unfortunate incident, I had to choose between the two. I chose Basketball. #DLillard2 #NeverDoubt

People tell me that I can’t make it here. I used that as my motivation, my inspiration. If they can do it, then I can. I’ll prove them wrong. #NeverDoubt #DLillard2

Throwback photo from his days in Adamson:

A photo of himself, kissing the championship trophy:

Winning his first holding trpohy, kiss? Commissioners Cup: My first ever championship! Thank you to the man above! This is all because of you! Thank you to my @adidasph , @thechosenoneclothing and @fitnessgourmetph families and @dustinmarasigan for my promatrix supply! To my mom @arlenecruzspn33 and brothers @realthrill712 @jomartumaquip and most of all my wife @moshcarlos! I wouldn’t be in this position right now without your support! Thank you everyone! Thank you #BayanNgRos for always believing in us! This is the best feeling! And we wouldn’t stop here! Thank you

A photo of himself and his daughter, his shirt says: CHAMPIONS:

With his family, celebrating after winning the PBA Commissioner’s Cup championship:

Just won the Championship in PBA & in Life

Throwback photo from his Adamson days:

Oh how I miss playing for Adamson in the UAAP. Those were the days! Now I can’t wait to see the new faces of Adamson players. Goodluck on your game today and keep fighting for our school. #ADU #adamsonbasketball #soarhighfalcons #dreambig

Winning the Most Improved Player award:

“There maybe people that have more talent than you, but there’s no excuse for anyone to work harder than you do” – Derek Jeter ; my deepest gratitude to those who believed in my skills, thanks to all who never stopped supporting me and my team. To my Adidas family who supported me since my rookie year, my agent/ninong boss Danny and to Coach Yeng, coaching staff and ROS management who gave me the chance to show what I got and molded me to be a tough player, to my loving and very supportive wife @moshccruz thank you for being my inspiration.. this is for you and our little princess @pristinealtheacruz Much love! #MIP #BayanNgRos #RespectAllFearNone

What a year this has been for me! I couldn’t be more happier and blessed. I just want to thank PRESS CORPS for giving me the honor to have this award. And also, everyone who’s been with me since day one. Family, friends, coaching staffs, teammates, and of course the ROS fans. Without y’all I won’t be having this award. #BayanNgRos #RespectAllFearNone #MRQualityMinutes #Blessed

Relaxing with his Rain or Shine teammates during offseason:

PBA Opening Day with his old teammates and new teammates: 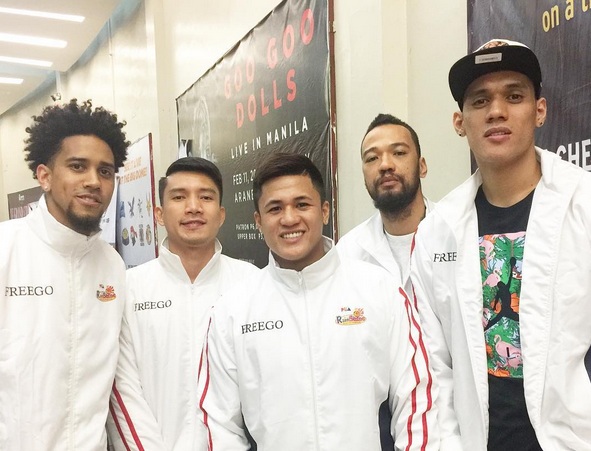