From GameBoys to Glass Cases: The Bizarre Injury All-Stars

January 27, 2017
Injuries are bad. Injuries off the court are the worst. But a self-inflicted injury involving a Nintendo GameBoy deserves an All-Star spot.

On Friday, Oklahoma City’s Enes Kanter showed his disdain for chairs, fracturing his forearm in the process.

The mustachioed forward may miss six to eight weeks, which means he will skip the All-Star festivities next month. Luckily for him, he is not part of any All-Star team–but he should be. Here are his teammates: 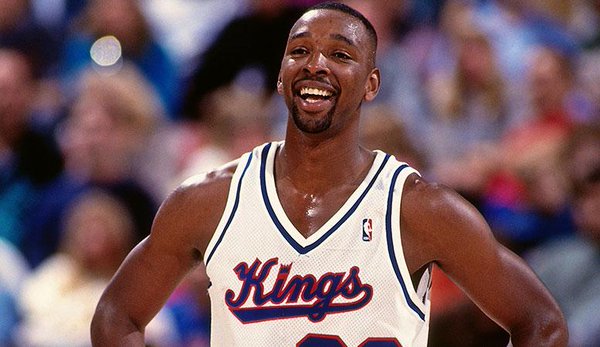 There’s no clever way of typing this so here goes: Lionel Simmons got tendonitis in his right wrist and forearm from playing too much GameBoy. Guess he forgot to stretch. It was 1991, Simmons’ rookie year, and GameBoy was huge, so it sort of makes sense. A few questions though: What game was he playing? Tetris? Donkey Kong? How long did he have to play–battery life permitting–before he felt pain? We’ll never know. Simmons missed only two games, but prematurely retired after six seasons due to chronic injuries, which may or may not have been linked to his GameBoy addiction. 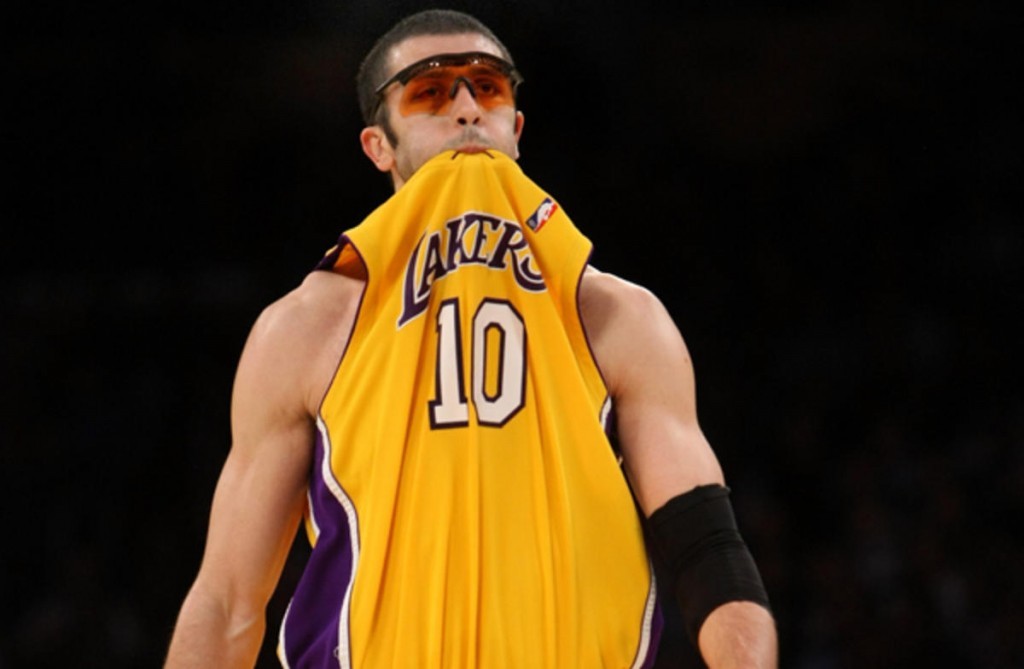 Radmanovic injured his shoulder in 2007 when he fell on a patch of ice while walking. If that doesn’t sound right, that’s because it’s a lie. A lie that Radmanovic told to his bosses. A lie that kept him up at night, probably, because he came clean after a few days. “I am not a dishonest person and could no longer live with this deception,” the Serbian said back then. The deception involved snow, snowboarding, and a wipeout. The injury led him to miss two months and, worse, cost him $500,000. 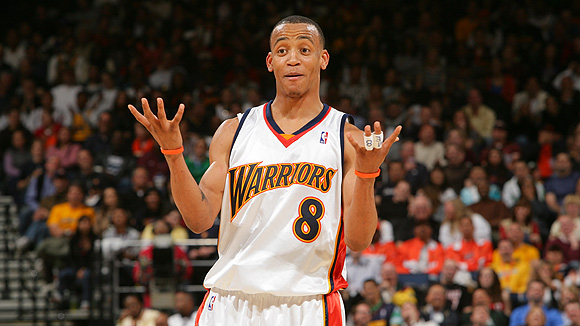 Ellis hurt his ankle in a pick-up game in Mississippi–was another lie told to team management. The truth was Ellis was riding a moped when he suffered a torn ligament in his left ankle. This happened a month after he signed a $67-million contract in 2008, so the Warriors definitely weren’t happy. The team suspended Ellis for 30 games without pay, later traded him for Bogut, became champs, and won 73 games. Ellis now plays for Indiana, successfully dodging the urge to ride tractors. 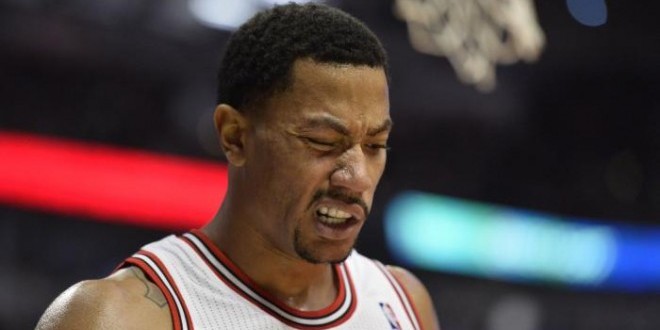 Rose is the type of guy who cuts apples in his bed. He’s also the type of guy who gets hurt a lot. One night in 2008, these two things coalesced into one “silly incident,” as the former MVP described it. The incident involved a knife he forgot was on the bed, which sliced a wound on his arm that required 10 stitches. Here’s a question: what type of knife does Derrick Rose use to cut apples in bed? 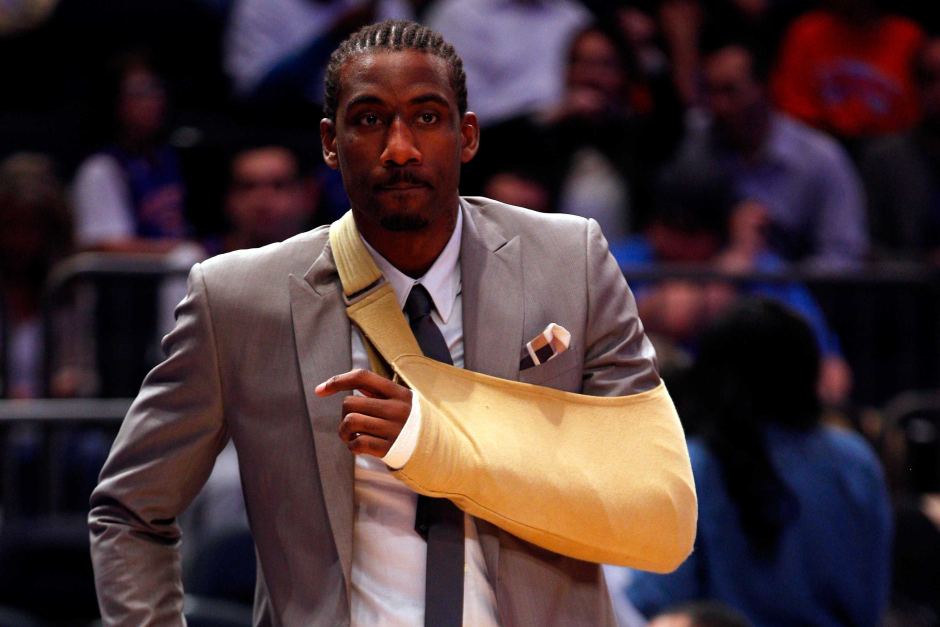 The New York Knicks just lost two straight games to the Miami Heat in the first round of the 2012 NBA Playoffs. Walking to the locker room, Stoudemire saw a fire extinguisher inside a glass case. Two things must have happened: a) he saw his reflection on the glass–a 31-year-old Amare, his window of opportunity closing, playing on a confused Knicks team, or b) he wanted to free the fire extinguisher, which, like him, was in a glass case of emotion. Whatever it was, it led to him punching the glass casing with his left hand, resulting to a deep cut that needed stitches. After the incident, Stoudemire said: “I was feeling bad for my teammates. And out of all the times after games when you kick over ice, a chair, a cooler, you kick over a chair…everybody gets upset, you’re so passionate for the game, everyone gets upset at times.”