NBA champion Matt Barnes has announced his retirement from the NBA after 15 playing years. To pay tribute, let’s take a look at one of his biggest contributions to the league: his awesome Instagram account.

Let’s set one thing straight: Matt Barnes is not a good photographer, but he is an elite Instagrammer.

From his 762 posts, most are of his twin boys, a couple of throwbacks of his past teams, quotes such as “You can be dope and humble at the same time” and “Karma isn’t a bitch, it’s a mirror,” and a good number of selfies.

Barnes has used @matt_barnes9 to shout out to the greats like Magic, Kobe, LeBron, and Duncan. He’s also used it to clap back at his haters.

There was a weird one where Rihanna (@badgirlriri) denied that they’re dating and he replied to her post with a “Hahaaa wow”.

There was this one time he used it to say what he really feels about the Derek Fisher situation and an awful 2015, which he described as “the worst year” of his life. 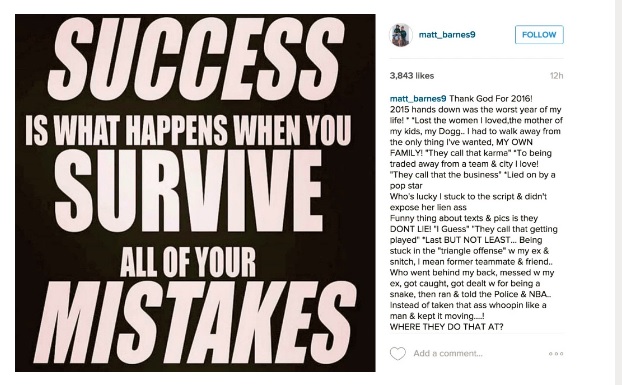 Then there was this inspiring screengrab of his exchange with former Warriors teammate Stephen Jackson, sharing to him the news of his return to Golden State. 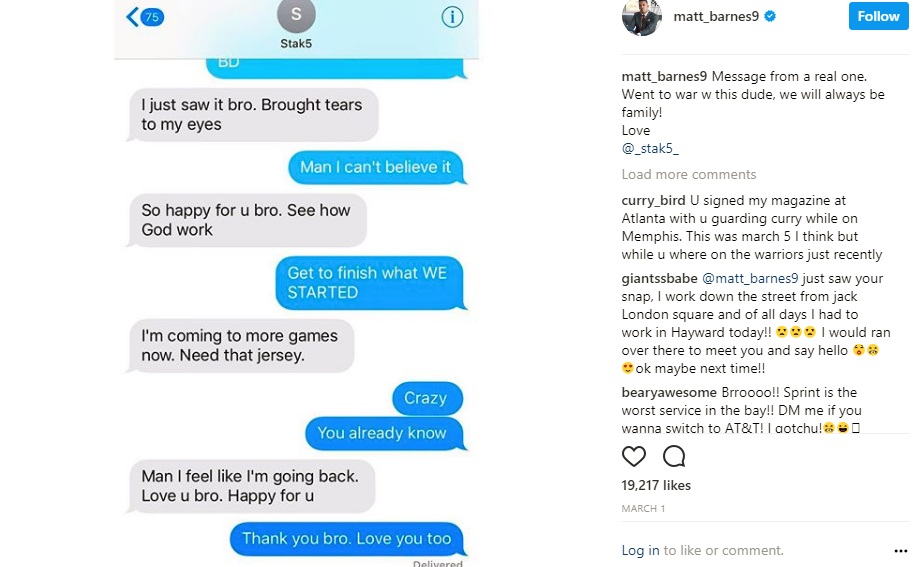 And, of course, there’s the one of NBA champion Matt Barnes carrying his two sons after the Warriors won the championship in June.