Skip to content
Home
Features
Inches From Greatness: Aljon Mariano and The (Missed) Shot That Changed His Life

Inches From Greatness: Aljon Mariano and The (Missed) Shot That Changed His Life

December 8, 2017
Sometimes, no matter how calculated a risk is, it just doesn’t pay off. BuhayBasket contributor Ron Evangelista narrates how one shot changed the entire complexion of a championship series and ultimately, a college career.

In the 2015 PBA draft, Barangay Ginebra San Miguel chose a rather controversial player to bolster their floundering small forward position. With the 4th pick in the second round, they selected a jack of all trades wingman from the UST Growling Tigers, Aljon Mariano.

Oh and did I mention that he was controversial? There was a lot of buzz surrounding him and his playing days in the UAAP. To see what made this innocent looking kid the talk of the town, albeit in a bad way, we have to go back a few years to 2013.

This was a thrilling series that pitted two stacked teams against each other. DLSU had it’s King Archer Jeron Teng, a shifty guard in Almond Vosotros, with the towering Arnold Van Opstal and the burly Norbert Torres bolstering their frontline. UST meanwhile had Jeric Teng, Jeron’s older brother who was on fire that season, Kevin Ferrer who was on track to be the King Tiger, and the ever reliable Karim Abdul being a dominant force in the paint.

It was a slugfest, and it came down to the wire.

With the game tied at 65 with 6.1 seconds left in the fourth, UST had the chance to win the UAAP title as the fourth seeded team in the tournament.  Aljon Mariano, then a steady and methodical forward of the Espana-based squad, mustered up the courage to take the Tigers to the promised land and attempted a step-back jumper for the win.

It was a brick. Overtime.

Late in the extension period, UST held a slim 1 point advantage. Jeron teng missed the game-tying free throw and Mariano got the offensive rebound with 30 seconds on the clock. He attempted to pass it to Kevin Ferrer to set up a play and seal the game.

It was way off and they turned the ball over.

In the ensuing La Salle play, Jeron Teng attacked Mariano’s defense, and kicked it out to Almond Vosotros. He faked a three, stepped inside and sank a clutch mid-range jumper that gave DLSU the lead for good. The Green Archers eventually bagged the crown, breaking the hearts of every UST fan in the country.

None of those heartbreaks were bigger than Mariano’s though. After that game, Mariano was never the same in the eyes of the UST faithful. It was an extremely excruciating stretch for him and his college playing career. He was labeled as a sell-out, and a selfish player that took the shot that was never meant for him.

“The shot” was the worst thing that happened to his career. He took the risk of either making it and achieve immortality, or missing it and be a scapegoat. Unfortunately, he missed and he was the biggest, and I mean biggest, scapegoat in Philippine basketball during that period.

Since then, supporters feel a painful twitch every time his name is mentioned. It was perhaps too much to take for a blossoming young player who made crucial mistakes in the endgame. To be fair, the play wasn’t designed for him and Jeric Teng was open for a shot but he opted to shoot it himself.  However, it should be understood that there are two sides to the coin.

Let’s take a look at the situation from a different view. A “what if” perspective. Players take the inevitable risk sometimes, and it pays off.

Remember Sundiata Gaines, a D-League call up who was basically living off 10 day contracts taking and making the game winning shot against Cleveland?

In the case of Aljon Mariano, what if he made the shot? What if he sank that ill-fated step-back and won the title for the Growling Tigers? What if it happened to be the defining moment in his basketball career? Things would have been very different for him and he would be hailed as a hero. We can’t deny one thing though, Mariano had balls of steel for taking that shot regardless of the result.

UST fans still feel the sting of that defeat and Mariano to some, is still treated as an outcast. The feeling just never fades away. The pain is still there for the Growling Tigers, but for Mariano?

Well he’s now a two-time PBA champion, being a reliable bench option for the league’s most popular ball-club, under the tutelage of the greatest coach in PBA history.

For all the backlash, harsh words and troublesome times in UST, I guess he’s doing just fine. 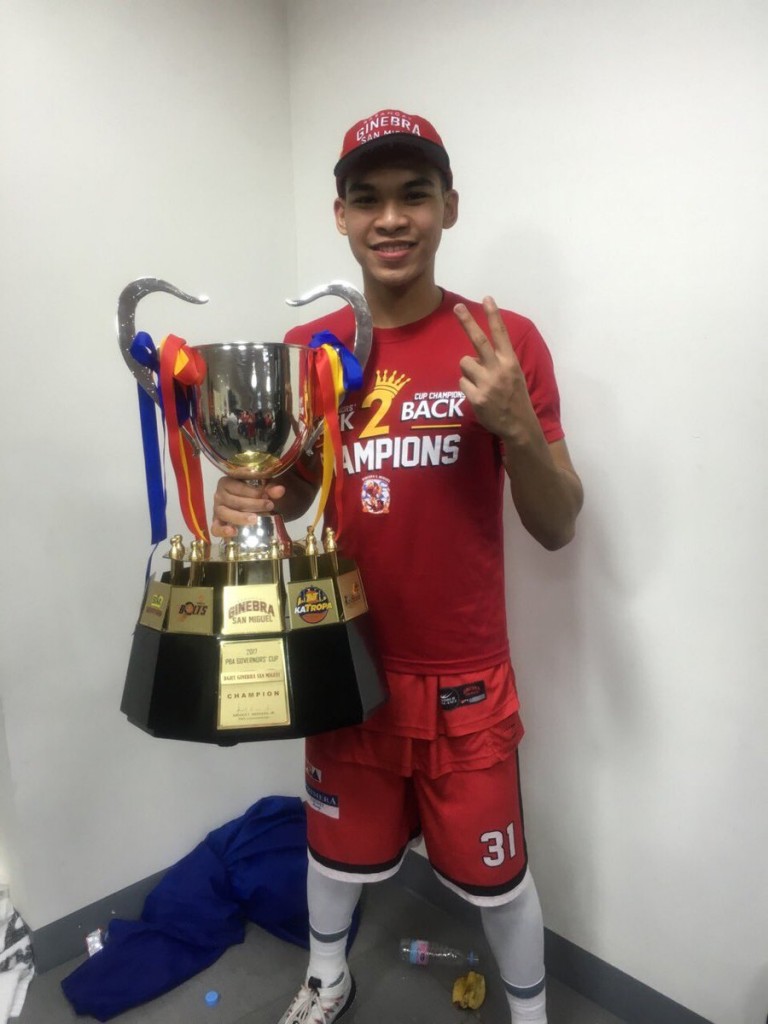