Kobe is the very definition of a dude who is unfuckwithable. He’s on another level as a human being, beyond us mere mortals who flinch at every fake pass or laugh at Chris Rock jokes.

Kobe’s dedication to the game he loves has been well-documented, and Monday’s retirement ceremony added another anecdote to the Mamba Legend.

A different Kobe Bryant arrived in Staples for the historic event of retiring two jersey numbers worn by one individual. He entered the building pushing a stroller, with a pushing form so perfect that I wouldn’t be surprised if he worked on it every 4 a.m., for weeks. 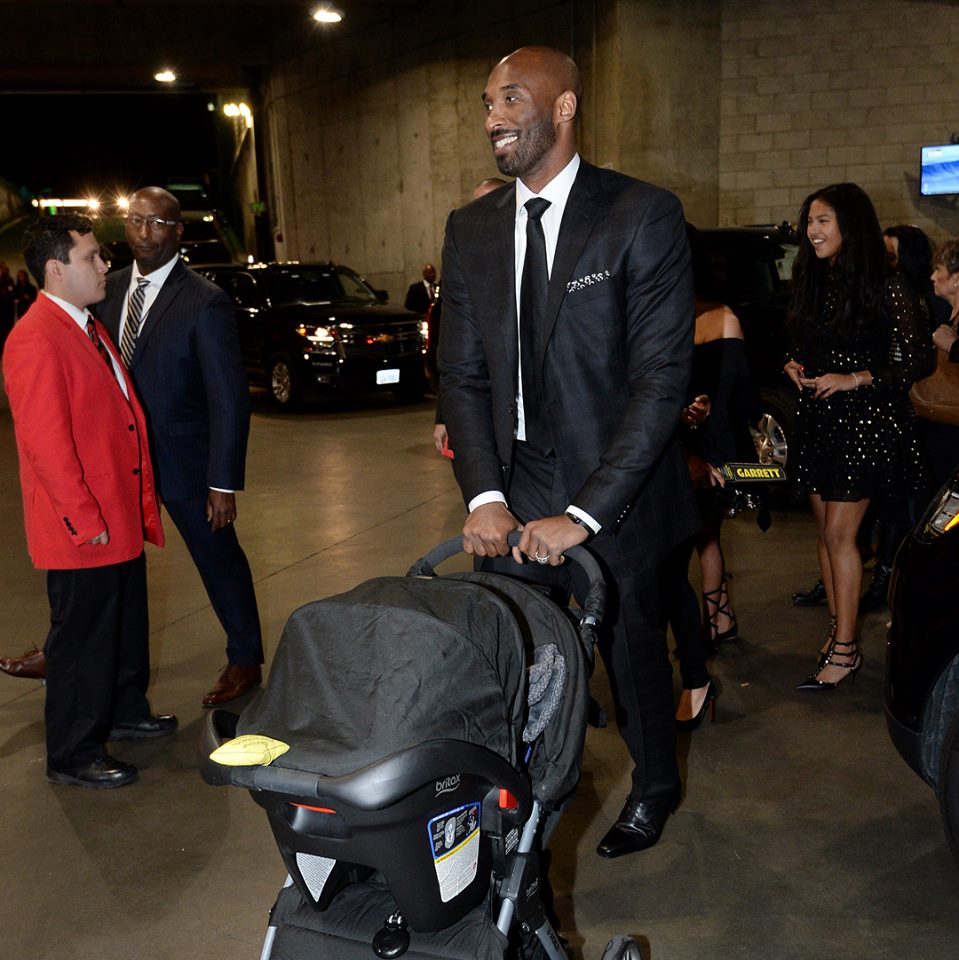 He smiled a lot during Magic’s intro and appeared humbled during Jeanie Buss’ speech. Like any Kobe-related event after his retirement, it was all inspiring and heartfelt. Allen Iverson showing up rocking a Kobe shirt was everything. 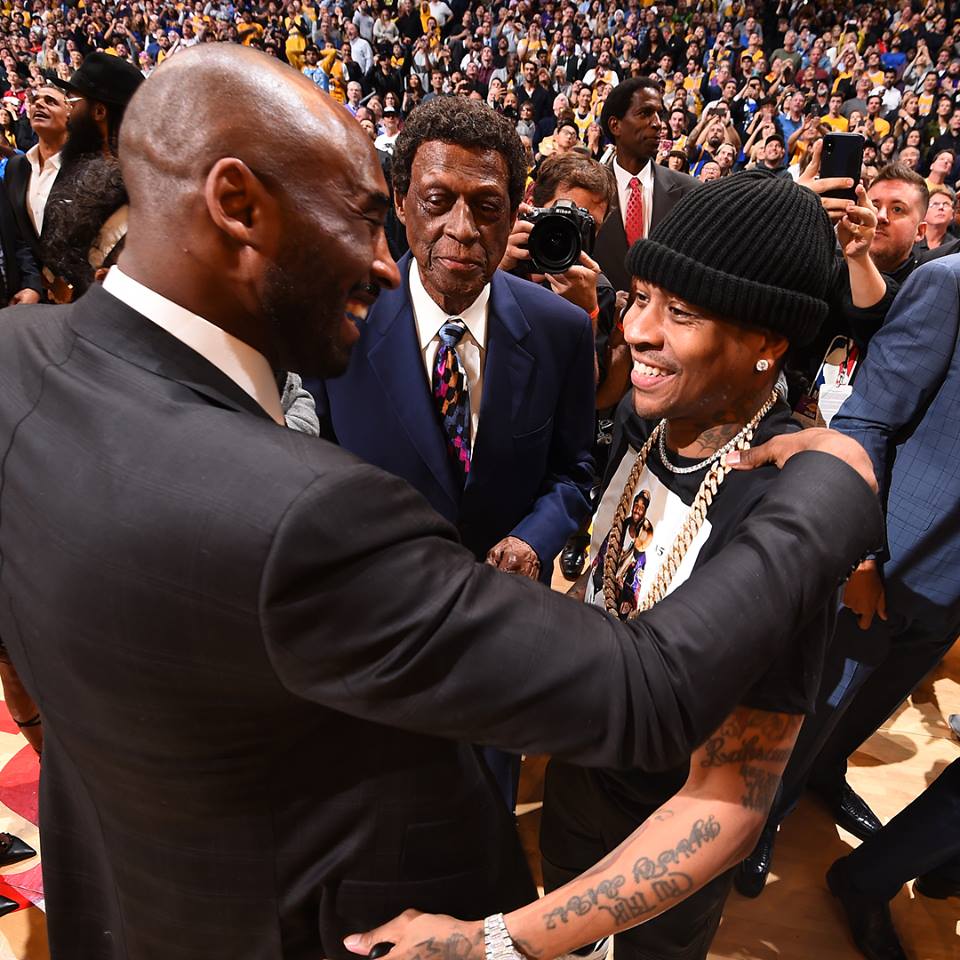 Also, there was a game that was played between the Lakers and the Warriors. The young Lakers squad pushed the defending champions to the limit, and unexpectedly forced overtime. Kobe left the arena at the end of regulation—almost symbolically—as if to say it’s not his job anymore to save the Lakers. Years ago, you would need to have an entire army to drag Kobe Bryant away from an overtime game at Staples. But Monday night was different.

It was a different Kobe, no longer the one who his haters refer to as a ball hog, a Jordan wannabe, an asshole, and who his fans refer to as a go-getter, a fearless hero, a cutthroat competitor. 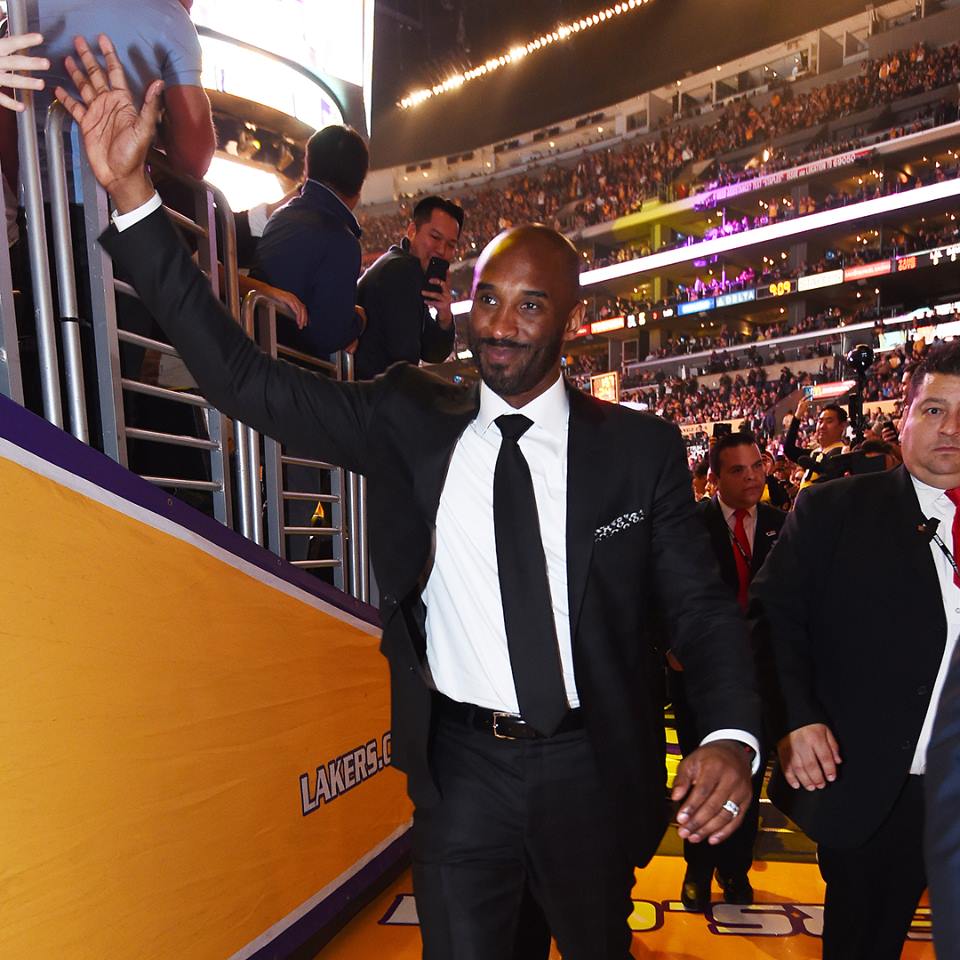 My best memory of this Kobe is the Kobe who ignored Chris Rock during a timeout in Game 1 of the 2010 NBA Finals. The camera work of that moment was magnificent, it almost appeared staged.

Rock yapped away about something like he does in his standups, while David Spade, his accomplice, grinned beside him. As the camera zoomed out, we saw the subject of Rock’s tirade: a tired, sweaty, and focused Kobe, unmoved like the stone-faced assassin that he is. The moment captured what Kobe is all about, in case you haven’t figured him out yet.

At his retirement ceremony, Kobe shared this advice to his kids:

At my retirement ceremony, when they retire my two mobile numbers, I will share the same advice to my future kids and add, “Remember that it’s all about doing that thing that matters to you the most. Everything else is just noise.”

Then I’ll put them in a room and let them watch this clip. On loop.