January 19, 2018
BuhayBasket contributor Ron Evangelista believes that there are three certainties in life: death, taxes, and NBA players going ballistic on the refs.

The 2017-2018 NBA season has been an interesting one to say the least. Giannis Antetokounmpo is finally having an MVP season for Milwaukee. Donovan Mitchell is slowly emerging as a surprising contender for rookie of the year and Cleveland is looking more and more like a team on the decline with each passing loss. However, the never-ending feud between the refs and the players seems to take most of the spotlight this year and early into the season, we have had quite a few of those encounters.

The “headbutting” incident between Shaun Livingston and official Courtney Kirkland grabbed everyone’s attention. Then, LeBron James was ejected for the first time in his career, Kevin Durant joined in on the fray with a few ejections himself, and the calm and collected Anthony Davis wound up with an unexpected early exit as well.

Crucial missed calls that cost teams games have unfortunately, been a common sight these days and players couldn’t help but get frustrated. The OKC vs. Milwaukee game where the refs surprisingly missed a late game blunder by Antetokounmpo where he stepped out of bounds right in front of the official. A few games later against the Kings, Russell Westbrook was ejected and Carmelo Anthony had a few choice words for them, stating “I’m done with the refs.” 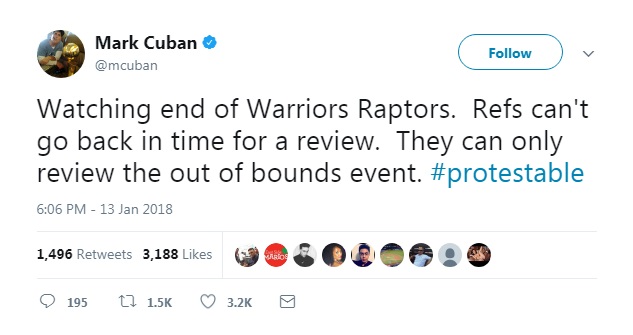 Of course, battles between the refs and players have been documented ever since the inception of basketball leagues. These disputes are commonplace for a contact sport that thrives on physicality and grit. This environment is quite conducive for tempers to flare and ignite and oftentimes, harsh words are exchanged between the two volatile parties who won’t budge with their judgments and things begin to escalate. This usually results in a very sticky situation. Sometimes though, without even muttering a single word, the situation can quickly get out of hand.

It is worth mentioning that since this has been the case for so long, the officiating should be aiming to move forward and projected to be more precise. That is not the case today, unfortunately.

Instead, it has been noted by players and fans alike that it has gone worse and the league is suffering because of it. For older players and basketball enthusiasts, there is an argument to be made that the league has gone “softer,” and the referees are no different and have gone with the trend as well. Refs are now quicker to pull the trigger on techs, resulting in unwanted ejections.

Take for example, D’Angelo Russell’s case. The injured star picked up a T on the bench when he was apparently clapping at a referee call mid-game. This is obviously a ridiculous case that rivals Tim Duncan’s infamous incident with Joey Crawford.

There is also the sentiment that referees are giving some players of bigger stature “superstar treatment,” granting them more calls on lighter contact (names like LeBron James, Dwyane Wade, and Paul Pierce come to mind) to the chagrin of those who don’t receive it. Of course, this will never be acknowledged by the league, even though they recently imposed the “Harden Rule” specifically aimed at avoiding these type of calls.

Are the referees taking over games with these type of calls?

Mark Denesuk, the spokesman for the National Basketball Referees Association said in an interview with USA Today Sports, said that “players are intense and frustrated, and that’s to be expected. I think the referees expect a certain amount of it, but I think there’s just been a decline in civility, a decline in respect, an increase in aggression.”

Players, on the other hand, are growing increasingly impatient with the referees. Russell Westbrook recently called the officiating “a bunch of bullsh*t” after Carmelo Anthony in turn was ejected.

Whatever their case may be, this is certainly affecting the league in a multitude of ways. Viewers are disappointed with the way the product is officiated and NBA commissioner Adam Silver is taking notice. Silver said in a recent interview, “We’ve looked back at the data we have from over the years, (and) there haven’t been a greater number of ejections, a greater number of technicals; there’s nothing aberrational happening in terms of the calls being made on the floor, but it’s something that people are talking about. I recognize that, and so we have a small enough league where I think it’s about building relationships.”

The referee-player relationship of the NBA is a tumultuous one at best, and this is one thing that may never be fixed. Disagreements on the court, especially during crunch-time can never be avoided.

What can be done is to let the players play the game, and iron out all the necessary buffs in the officiating. That way we lessen the confrontations, and still keep the integrity of the sport. One thing is for sure though, even the casual fans are taking notice of the refs’ erratic calls, thus further damaging the already shaky dynamic between the two groups. Whatever happens, the NBA must correct or at the very least, minimize this one way or another.

Or maybe just let Demarcus Cousins and the referees race it out at the All-Star Game. I’m sure that will get things done.