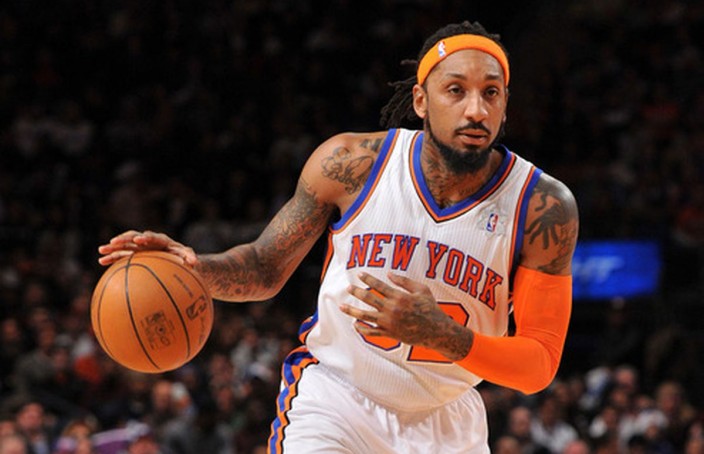 Renaldo Balkman, who has the word “hustle” tattooed on one of his eyelids and the word “harder” on the other, has escaped the pit.

Renaldo Balkman is a changed man, we are told.

So there’s no need to dredge up his controversial past in the PBA. There’s no need to talk about that incident in 2013, when, after a no-call towards the end of a Petron-Alaska game, Balkman gave in to frustration and declared war against the referees and one of his teammates’ neck.

Let’s not bring up that dreaded one and a half minutes of Petronovela chaos where Balkman berated the officials; shoved one of his teammates, Ronald Tubid, who was trying to pacify him; pushed then later grabbed another teammate, Arwind Santos, by the neck.

Balkman is past all that.

As one of the newest members of Tanduay Alab Pilipinas, Balkman is set to rid his name from the stains of the past.

“Thankful for another opportunity to do what I love to do…bringing back that college number #34 to get back to my roots, 5 years to the day I did something I regret and I learned a valuable lesson from it. Always remember to keep your composure and to be the best role model you can be, now I finally have a chance for redemption,” he said in an Instagram post.

His chance couldn’t come any sooner. After the Petron debacle, Balkman hasn’t been seen much by the public, save for a few playing gigs in Latin America and the NBA D-League as well as running a basketball camp for kids called Balkman Elite.

He’s been grinding, based on workout videos he has been posting on his Instagram account, and seems really hungry for an opportunity to dunk on someone. He is hell-bent on escaping the pit.

Joining Balkman as world imports for Alab is former Ginebra import Justin Brownlee, who delivered two championships to the barangay in 2016 and 2017. Brownlee is sure to provide the much-needed offensive power. But a fiery, passionate, and inspired Balkman—minus the chokeholds—may just be the hero that Alab deserves AND needs right now to improve their 1-3 record.

This Alab stint may be a gateway for Balkman’s return to the PBA, let’s hope he keeps his emotions in check. Let’s hope he and Rayray Parks get along. Let’s hope for less Two-Face and more Batman. When you Google “Renaldo Balkman,” let’s hope that we see less and less of angry Balkman and more of this: