Skip to content
Home
Features
The Perfect Sh*tstorm in Brooklyn

The Perfect Sh*tstorm in Brooklyn

The streets leading to the Barclays Center in the heart of Brooklyn were blanketed in wet, cold, and mushy chaos. Inside the arena, it was warm and toasty, the glossy home floor providing a brief escape from the terrible snow storm outside. But the arena was no safe haven—a different kind of storm was brewing. 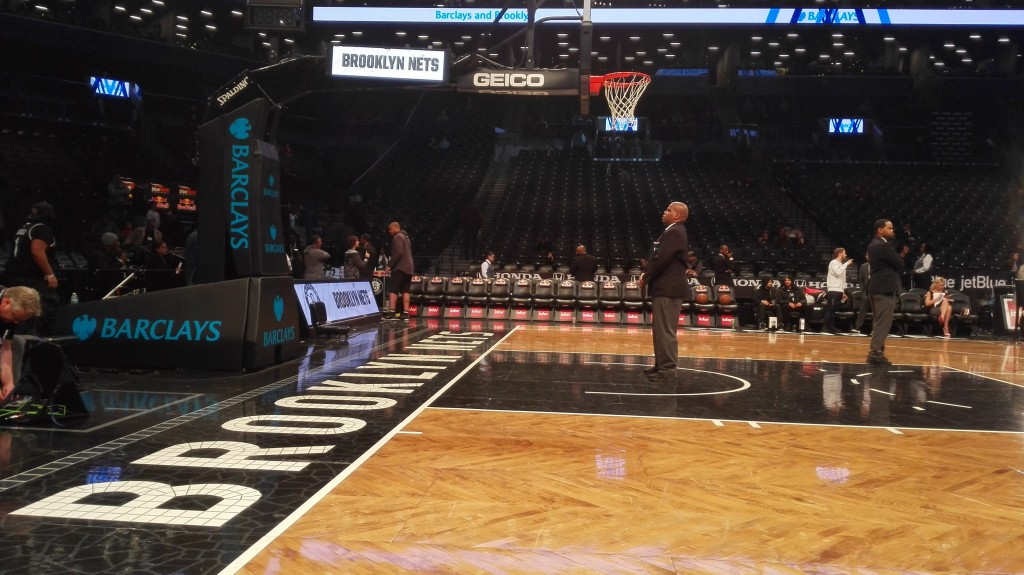 The Nets had just called a timeout with 18 seconds left in the game. After leading by as much as 23 points, they found themselves down by two after Kemba Walker of the Charlotte Hornets converted a crushing three-point play.

The Barclays Center went silent in disbelief after Walker’s heroics—even a contingent of Charlotte fans sitting at the upper rows toned down their celebration to pay respects to the Brooklyn tragedy that had just taken place. The entire arena, myself included, was stunned silent. Well, almost the entire arena.

“They just threw the game away,” a man, probably in his 50s, screamed to a young man a few seats away to his right, who I assumed was his son. They were a couple of rows in front of me, but I could feel the frustration from where I was sitting.  The man threw his arms up, like one would when you’re cut off in traffic by an asshole. In this case, fate was the asshole, and just like the weather outside, it had been unforgiving for his Brooklyn Nets. 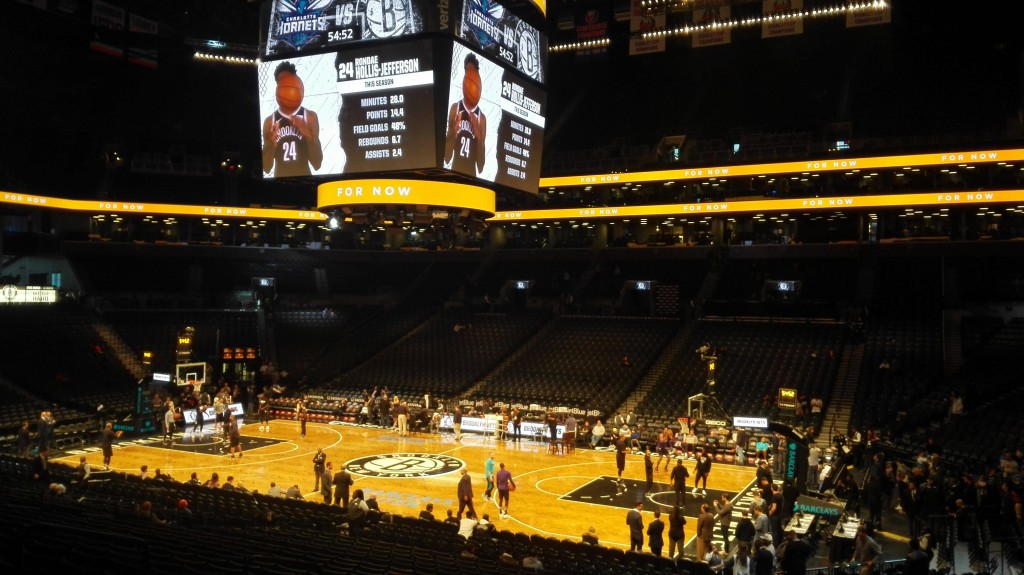 Misfortune struck the Nets early in the season, before the team even set foot in Barclays Center for their first home game. In Game No. 1 in Indiana, they lost one of their starters, Jeremy Lin, to a season-ending injury. Then a month later, prized offseason acquisition D’Angelo Russell went down with a knee injury. By the time Russell returned in February, the losses had already piled up.

And here they were, out of playoff contention, future uncertain, working on a freezing Wednesday night in March for a chance to get their first three-game winning streak of the season. For a brief moment, the win seemed to have been lock for the Nets, when a listless Hornets team was down 20-plus points with 6 minutes left in the third quarter. But then the Hornets woke up, Kemba got his groove back, and suddenly Brooklyn’s fate looked grim. The shitstorm was officially in motion.

Then with 18 seconds left, Walker executed his finishing move: a spin and floater inside the paint, plus a foul. The Nets, which minutes ago were protecting a big lead, were now down 105-107, and were facing yet another heartbreaking loss.

The Nets had been in this situation before, desperate for a superhero to save them from a clusterfuck of bad decisions and complacency. In a couple of similar instances, that hero had been Spencer Dinwiddie, a former G League star starving for an opportunity.

The opportunity came when both Lin and Russell became unavailable, and Dinwiddie was thrown into the starting lineup to take on a leadership role. On some nights, the Nets would put the ball on Dinwiddie’s hands and hope for a miracle. On some nights, like that one night against his former team Detroit Pistons, Dinwiddie would deliver.

This particular snowy night was different. During the Nets timeout with 18 seconds remaining, Dinwiddie was subbed out. There would be no saving from an unlikely hero like Dinwiddie. As play resumed, the Nets turned to another unlikely hero in Caris LeVert for the game-tying basket. But LeVert missed, Howard grabbed the rebound (his 29th of the game), went on to uncharacteristically make two clutch free throws, and that was that. The final score showed 111-105 in favor of Charlotte, but it didn’t show the many chances that Brooklyn threw away to secure the much-needed W.

As we made our way to the exits, the Brooklyn fan in front of me blurted out to no one in particular, or perhaps more accurately, to absolutely everyone in earshot: “How did they lose that one?!” The usher standing by the door could only muster an obligatory, “Have a good night, sir.”

It was, indeed, a good night, despite the loss, the Dinwiddie benching, the 32-30 from Dwight Howard, the snow storm. It wasn’t the perfect ending, but in basketball terms, it was a good one. For the Hornets, it was a classic example of never giving up until the final buzzer. For the Nets, it was a cautionary tale.

In an alternate Brooklyn universe, the perfect ending would’ve been a game-winning buzzer beater from Dinwiddie. In another, Dwight Howard never existed. In another, Jeremy Lin played a full season. In yet another, the Brooklyn Nets kept their three first-round picks, and never missed the playoffs. But in this universe, the one where I traveled a thousand miles to catch my first live NBA game, I was blessed enough to witness the Brooklyn Nets blow a 23-point lead and vanish into irrelevancy as the season waned. The game was pretty much a blur for all 48 minutes, as if it was all a dream that I won’t be able to remember. Sometimes, all it takes is a painful loss to make things real.

Outside Barclays Center, free from the shitstorm that had just occurred, huge snowflakes continued to blanket the unfamiliar streets, a thousand miles away from the place I call home. It was perfect.