It’s the last weekend before the NBA season, folks. We made it!

The Cavs lost a King (again) and the Thunder kept PG from joining The LABron Lakers.

The Thunder had a lot of expectations coming in to the 2017-2018 season as they were able to form a big three of their own to try and dethrone the Warriors. Westbrook was still at the helm and was coming off a phenomenal trip-dub season, and they were able to trade for two All-Stars during the off-season. First was Paul George (and his expiring contract) and Carmelo Anthony (and his reputation).

It was a good experiment. A good experiment in a way that it didn’t kill anyone. It’s safe to say that the chemistry was off between the three and everyone assumed that by the end of the season, Westbrook would be left all alone in OKC again – just like how it ended with Harden, KD, and Ibaka.

Melo did leave eventually and joined the Rockets, but to everyone’s surprise, PG13 stayed and announced it in style when everybody thought he will be leaving to form a superteam in Los Angeles with LeBron. Suddenly, “addition by subtraction” makes sense (not mathematically) as OKC stayed relevant and somehow still considered as a contender in the Western Conference. They were able to turn Melo to a Dennis Schroder, and signed an affordable contract for high upside Nerlens Noel.

If you check OKC’s lineup, you have Brodie paired with three-and-D prototype Andre Roberson for your backcourt; Paul George has the license to take a buffet of outside shots while Steven Adams takes care of the paint.  What they’ve always lacked is a versatile forward that unfortunately, Jerami Grant hasn’t developed into yet.

The NBA still hasn’t given back a Seattle franchise since they moved it to OKC; and since it’s a versatile forward the Thunder needs, why don’t we pick up Shawn Kemp from the 90s waiver wire and pair him up with Westbrook and Young Trece?

Can you already imagine how many explosive dunks a single OKC game would have with Westbrook and Kemp? If Paul George is having trouble getting outside looks, they now have the option to throw it down the post and watch The Reign Man operate with a quick spin and a reverse slam.

The Cavs have been designing its team around LeBron ever since they got him back in 2014, a lot of talented role players, but not enough star power to stand on its own without The King.  Kevin Love might just re-emerge as the main man and claim the team for himself as its lone all-star, but apart from that, the Cavs’ depth chart doesn’t look competitive enough to crack the playoffs even if they’re in the weaker Eastern Conference.

This might be the start of a Cavs rebuild, as they didn’t tinker much with line-up they had from last season. Sure, they drafted a promising point guard in Collin Sexton for their 8th pick, but it seems like this year is going to be a long one for the Ohio-based squad. 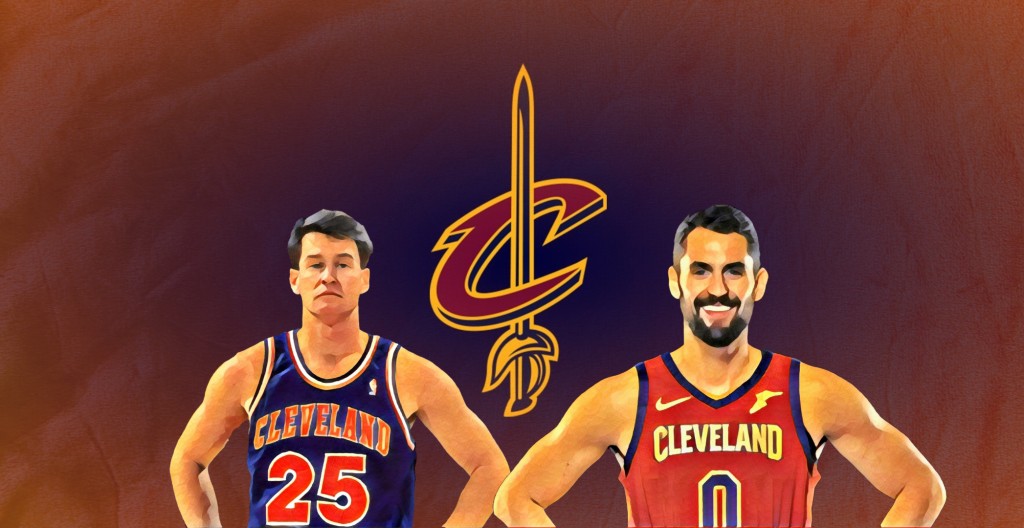 It’s tough to choose an NBA Fantaserye pick for a team that had it’s most promising years only when they had LeBron (and we’re deciding not to pick him as he’s still active – and well, it’s corny) so instead, we’re choosing 90s Cleveland all-star, Mark Price.

The addition of Price may not necessarily make this team a contender, but he might make it fun to watch. His style in the 90s perfectly fits this generation’s fast-paced, three pointer-heavy game, as Mark Price was considered to be ahead of his time back then, splitting double-teams for runners and hitting outside bombs with a high FG%. He might not be as exciting as Steph Curry, but he did once average a 50-40-90 season – that’s 50% in FGs, 40% in 3s and at least 90% in FTs.  Only 6 other players were able to achieve this: Steve Nash, Steph Curry, Kevin Durant, Reggie Miller, Dirk Nowitzki and Larry Bird. That’s some good company to be in.

Mark Price’s role even in this alternate reality is probably just to help the young Cavs guards to develop and not help the team make an impact – Sexton, Clarkson, Cedi Osman, and Hood would all benefit with the former Dream Team II gold medalist, but there’s no way this Cavs team beats a Westbrook-George-Kemp trio.