The Jazz is hungry for experience; the Pacers need to rough it up. We might have answers.

The Utah Jazz surprisingly exceeded expectations last season that when management watched the tapes and looked at their roster sheet, they were like, “We’re good.”

The Jazz will enter the new season fielding the same exact roster that were eliminated, convincingly, by the Houston Rockets in the 2018 Playoffs. Guess they’re banking on a healthier Rudy Gobert, a wetter jumper from Ricky Rubio, and an older Donovan Mitchell to get the job done this time around.

The thing that probably stung them in the Playoffs (aside from a 101% CP3) was their lack of experience, which is why, in this Fantaserye, this version of the Jazz needs Karl Malone to deliver the goods.

When the team’s opposing stars are going nova, Malone is the mean, alpha dude who can steady the ship. Picture this: a sweaty, peak Malone runs a pick and roll with Rubio, a crossbreed of John Stockton and Antonio Banderas. Malone barges his way into the basket, 90s-style, catches a no-look pass from Rubio, and as the defense collapses, he feeds the ball to the lefty Jeff Hornacek, Joe Ingles, for the open 3.

The Indiana Pacers is another team that went over and beyond expectations last season, finishing fifth despite losing Paul George. The Pacers should’ve been in rebuild mode but Victor Oladipo was like, “Hell nah.”

This year, they added Tyreke Evans and Doug McDermott for basketball reasons, to give Oladipo extra scoring hands in his quest for attention in an Eastern Conference that’s all about the Celtics and Sixers (and Raptors, if you’re high on Kawhi).

But what the Pacers really need is not Evans’ buckets nor McDermott’s whatever-it-is-he-brings-to-the-table, it’s muscle. Someone to clear the path inside for Myles Turner. Someone to protect Oladipo when he’s fouled hard. Someone to make Brad Stevens sweat. Someone to trigger Joel Embiid. 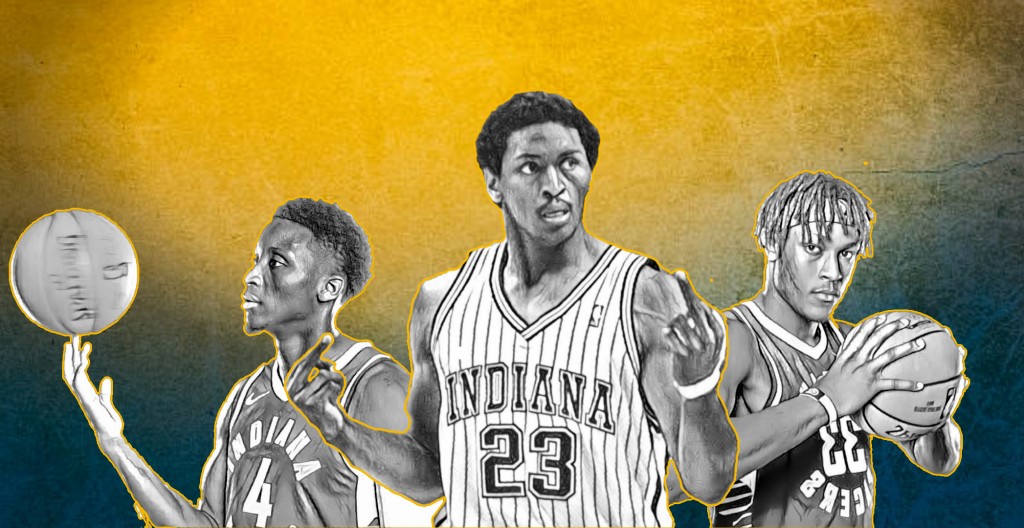 Okay, Reggie Miller is the greatest Pacer of all-time, but Oladipo can pretty much cover his scoring. It’s Artest (the pre-Malice, pre-World Peace version) who would throw the Pacers over the hump.

And if it’s not as if Artest’s main role in Indiana is a hardheaded, emotional bouncer. In his peak, Artest chipped in 18 points, 5 rebounds, 4 assists, and 2 steals per game for the Pacers. They need him right now.

But who are we kidding? Utah, as it is, is already an impressive team ripe for a second round upset. Throw in a former MVP into the mix and you’ve got title contenders. Say with me, Thunder fans: Utah in 4.