May 16, 2019
“N o matter what the odds are, Just keep playing.” That’s a message that Cleveland Cavaliers rising star Collin Sexton has for the participants of Jr. NBA Philippines, which will be held on May 18 at Don Bosco Technical Institute in Makati and May 19 at SM Mall of Asia Music Hall. 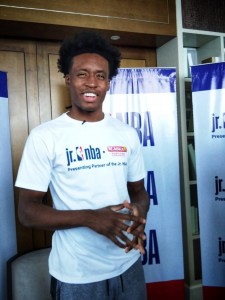 Sexton learned from experience. Playing for the Alabama Crimson Tide in College, he almost led his team to a comeback victory playing 3 against 5. Due to ejections, an injury and a teammate fouling out, his team was against all odds. But that didn’t stop him from playing as he scored 40 points while putting a scare to their opponent.

“Working when everybody isn’t” is a mindset shared by the former 8th pick of the 2018 draft that helped achieve his dream. Before he was recruited by Alabama, he was an unranked prospect during his sophomore year of high school. After committing in spending more time in the gym and continuously practicing, he became one of the top prospects the following year.

Even after an inspiring NBA rookie season, the 20-year old doesn’t plan to stop working on his game. “Keep improving on my shooting” is what he wants to do next season, while watching more film and having a better all-around game.

Ticha Penicheiro, a WNBA champion with the Sacramento Monarchs, has the same advise for the kids aged 13-14 years old that she will be coaching. 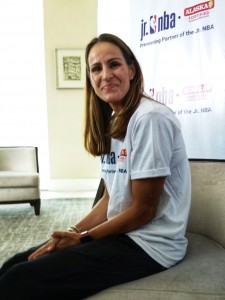 “If you really want to be good at something, you have to have the passion for it and desire to be better”, she says.

Penicheiro retired at the end of the 2012 season as one of the finest and most exciting WNBA players. Having a father who was also a basketball coach, she understood the value of fundamentals early on and this is what she will give importance to when she coaches some of the best young talents in the country this weekend.

Both Sexton and Penichiero have reached the apex of the sport, and even though they are at different stages of their careers, they are both still very excited to share their knowledge to youngsters to which when the time comes, will encounter their own challenges on and off the court.

“I can’t wait… Just because I went to different camps before and they had this one player to answer questions… that stuck with me forever.” remembers an excited Sexton.

Aside from coaching, the two basketball stars will also help in selecting the 5 best boys and girls that will be included to the Jr. NBA Philippines All-Stars.

The Jr. NBA program is the league’s global youth basketball platform that has been successful worldwide, producing some of current our local amateur and professional basketball players. Some of the Jr. NBA Alumni who have made their mark in the local basketball scene are Kai Sotto, Kobe Paras, Ricci Rivero, Kiefer and Thirdy Ravena.