Before it was called the FIBA World Cup, the prestigious global hoops competition was known as the FIBA World Championship. Since its inception in 1950, nations from the Americas and Europe dominated the event. But in 1954, one Asian squad was able to crack the top three.

That team is—wait for it—the Philippines.

Held in Rio de Janeiro, Brazil, a group of feisty Filipinos led by Carlos Loyzaga nabbed the bronze medal after piling up a 6-3 record. Up to today, no other team from Asia has had a better finish. 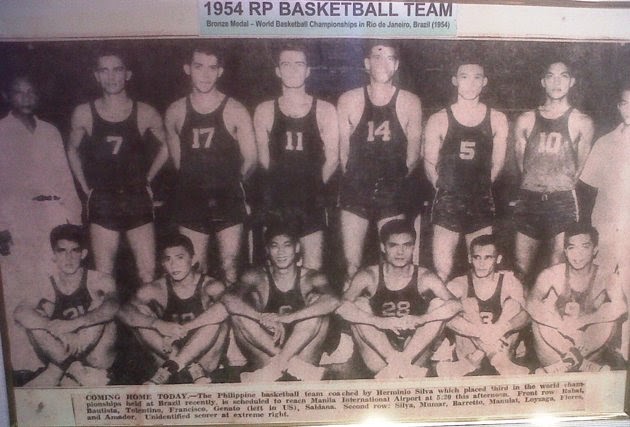 It’s deeply unfortunate that there are no videos of those games. It would’ve been nice to see how we were able to beat much larger opposition from countries like the US, France, Canada, and Uruguay. It would’ve also been nice to see the man labeled as “The Big Difference” in action. Arguably the best Pinoy basketball player ever, Loyzaga was undeniably the force behind RP’s successful stint in the 1954 World Championship. He was the third best scorer of the tournament with 16.4 PPG and was selected to the All-Tournament Team.

It may come as a surprise to some that the Philippines did so well in basketball back in the day. But they shouldn’t be. In the 50s up to the early 60s, the Filipinos were a legit powerhouse in the international scene. During that period, our men’s national basketball team won four Asian Games gold medals and two FIBA-Asia Championship crowns.

Today, obviously, things are different. Team Philippines has become an underdog. But so what? It doesn’t mean we can’t bite. In a few days, Gilas Pilipinas will take part in the FIBA World Cup in Spain. It will be the country’s first appearance in the quadrennial hoops affair since 1978 (Jimmy Alapag, Gilas’ oldest player, was only a year old during that time).

Most experts aren’t giving our boys much of a chance. After all, the rest of the world has improved leaps in bounds in basketball, powered by several legit NBA and Euroleague players. We like it that way though. It lessens the pressure on Gilas and at the same time, it gives the team more leeway to pull off pleasant surprises.