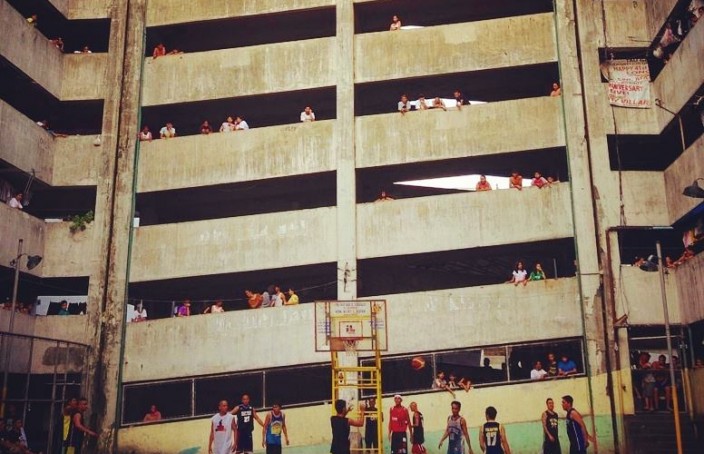 Tagged with Dayories, Mike Swift, Picnic Games
Spread the love
No fanfare, no sponsors, and no hype. The Picnic Games was a basketball tournament held at the Fort Bonifacio Tenement Building in Taguig. But looking past the no-look passes and sick crossovers, the games were really about keeping the bayanihan spirit alive on and off the court.

Hosted by rapper Mike Swift, the Brgy. Tibay vs. Tenement Homes Picnic Games gathered athletes and artists from cities and provinces nationwide to bridge the gap between the haves and the have nots.

The one-day event pitted 12 teams against each other to share the gift of basketball, both through the game itself and through old sneakers that participants donated to the community.

“The energy of basketball coming from the Philippines is infectious. Basketball is a universal language, this is a place where everyone can connect without having to speak one word, just a bounce of a basketball, a pass from a teammate, just speaking about NBA, PBA can link you to a forever friend,” Swift a.k.a. Mr. Pinoy Hoops told BuhayBasket. 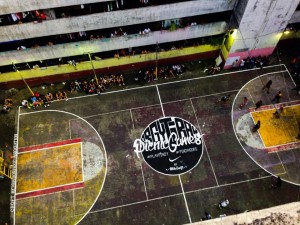 In lieu of corporate sponsors, the Picnic Games took flight thanks to the ballers who took time out from their Sunday to give back.

“It’s so cool that a lot of people donated. It has a lot of what we call the bayanihan spirit,” Swift said. “Hopefully, in the future somebody will help. But even if they don’t, if everybody just comes around together like this, it’s all love. We’re going to have a good time.”

There are about a thousand families living in the seven-storey, 51-year-old tenement building, which has been “condemned” by local authorities because of safety concerns.

“They have something that they are fighting for because this is government-owned and they’re trying to push them out of the place they live in,” said Swift.

Some of the tenants are open to being relocated to another housing project in Cavite, while some refuse to leave the structure that authorities have referred to as a “virtual death trap.”

In the middle of it all, enduring the test of time, is a basketball court. And for days like the Picnic Games, it served as a refuge for that one thing that unites us all: the game of basketball.

Why is your father a Liga Legend?

Liga Legend: The Jawo of Biñan

Why our PBA legend dads are Liga Legends