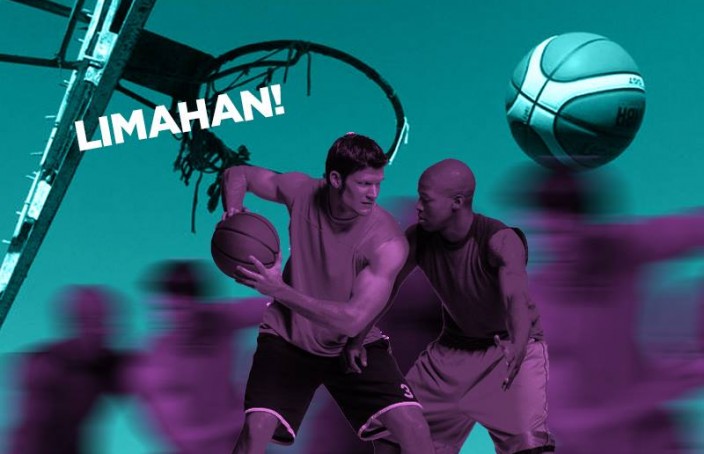 In Part 1, we talked about the fellows who look like they have no business being on the court but are absolute killers in a pick-up game.

This time, we’ll discuss guys who are not only gifted with distinct talents but are also armed with playing styles that would make Dr. James Naismith roll in his grave.

Each of them can be a game-changer—positively or negatively—so you better check out this scouting report to know what to do if you encounter them. 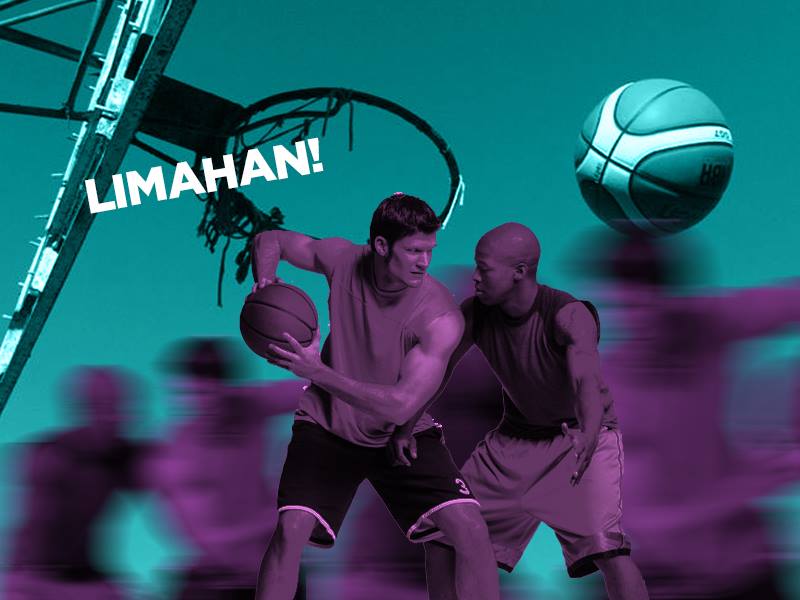 Five-foot-six or six-foot-five, chicken legs or Jolas legs, semipro baller or kapustahan ng Pop Cola, it doesn’t matter. If someone’s blessed with mad hops, then he’s a force to be reckoned with. Being in the way of his aerial assaults almost always ends with you getting humiliated. Not to mention being on the receiving end of lovely phrases like “Bastos!” and “Sumabay ka pa!” To convince everyone that you’re OK though, you’ve got to put your best patay-malisya face on aka The Kawhi Face aka MuKhawhi.

A high leaper is usually only good at one thing: leaping high. But when he does, you’re almost helpless. Just when you thought you’ve got him perfectly boxed out for a rebound, he’ll grab the ball right off your frail fingertips. When he’s on the break and you’re the only defender, just grab the popcorn and watch him fly over you. High leapers do things that will make you an existentialist: Why is life unfair?

So how do you handle such a tough cover? Just force them to take outside shots. High leapers rely solely on their athleticism to penetrate and score. Hence, their J isn’t that great.

THE DUDE WHO WON’T SHOOT

There’s no need to rush towards this guy even if he’s as open as the Grand Canyon. His shooting percentage is between 25% and Bakit mo tinira? The good thing about him is that he’s self-aware. There’s no way he’ll take a chance hoisting up what he feels would be a surefire brick. If the ball ever gets into this guy’s hands, he’ll try to pass the ball quicker than Kim Kardashian’s marriage with Kris Humphries.

Despite having zero confidence in his shot, this dude is still serviceable. He’s a willing passer, which is good for ball movement (especially if you’re a ball-hog), and he usually does the dirty work to compensate for his brickmanship. Just like what Kris Aquino is to national TV, The Dude Who Won’t Shoot can be a real nuisance if you’re up against him as he’ll be all up in yo face on defense and hustle plays.

Named after a trumpo that won’t spin right, you’ll see this player all over the court moving like he had too much caffeine intake. Just imagine Taz from Looney Tunes.

Playing with this fellow has its pros and cons. The pro? He’s resilient. When you’re handling the ball or clutching a rebound, better be extra careful with a kangkarot lurking around. If you get too lax, he’s going to snatch the ball from you as quick as the pickpockets in Divisoria. He’ll be there to get a hand on the ball every chance he gets and more often than not, he’ll succeed. He’ll do a one-man full-court press. He’ll hustle the hell out every game. Parang pinusta niya ‘yung nanay niya.

The con? He has a tendency to freak out when he has the ball, especially when he hasn’t touched it for a while. He just loses his shit. As his ability to use standard logic shuts down, he’ll dribble in circles, moving as fast as he can, without apparent purpose other than to throw an awful looking shot. Having a kangkarot on your side gives you great energy, but your scalp will also suffer from lots of head-scratching.

Beware: Don’t go near this guy. If you do, he’ll call a foul on you. He’s too sensitive to allow even the slightest skin contact. He acts as if he’s got pus-secreting wounds all over him (pus = nana in Tagalog). That’s why in some courts, he’s also called Terramycin. When he was a baby, his first word was, yep, you guessed it, “FOUL!”

To avoid getting blamed for an impending blunder—a turnover or a missed shot—he calls for a foul. Worse than that, sometimes, he’ll blow his imaginary whistle even if no one touched him. Phantom fouls drive all of us crazy! The worst Boy Nana though is the silent type. He just stops play without even saying anything. He’ll just pick up the ball, stare at you for a few seconds, and inbound it again. It’s as if he was clearly fouled and it’s not up for debate! Arrrrggggh!

Unfortunately, most of the time, all we can do is laugh it off. Boy Nana’s infuriating tactic is a habit that he just can’t kick. An addiction. A disease. No one really looks forward to sharing the court with this dude. Generally, pick-up games are enjoyable when it’s fast-paced, free-flowing, and uninterrupted. Or the exact opposite of what Boy Nana is all about. Just to be clear: WE HATE YOU BOY NANA!

Unlike Boy Nana who only makes ridiculous foul calls, a Playing Ref makes every single call. Nothing from the basketball rule book is spared when channeling his inner Tim Donaghy.

He transforms to an even worse monster during the waning moments of a close game. To gain the upper hand in crunch time, he’ll call whatever infraction he can on every move an opposing player makes: from travelling, foul, three-second violation, and even the repugnant “Teka lang, ‘di pa kami game” technique. Or with the game tied and you’re about to make a move to the basket, he’ll surely yell, “O foul na!” to stop play. But then when you do the same thing to him, he’ll snarkly reply: “Good ‘yon, ‘di naman ako tumawag ng foul.”

Dealing with a Playing Ref can be as frustrating as Derrick Rose’s knee issues. So when you’re up against him, make sure you annihilate his team from the onset. Or give him an elbow to the groin to show him who’s the boss. Well, if not, you’ve got to muster the same amount of patience when you’re with your girlfriend at H&M or Forever 21.

He’s not fast. He’s not tall. He leaps as high as a dead fish. Yet, for reasons still unknown to mankind, the ball always lands on this guy’s lap. It’s a real mystery how the ball gravitates towards his direction. It’s as if he put a spell on it. Parang siya ang bumili ng bola. During a mad loose ball scramble or an intense rebound battle, Mr. Ball Magnet will get the ball 10 out of nine times. Don’t be surprised anymore. Just accept the unfairness of it all and move on.

The countless extra possessions he gives his team makes Mr. Ball Magnet incredibly valuable, even if he doesn’t have a polished offensive game. He, however, can also make the occasional crucial basket from his own rebound, making him an extra pain-in-the-ass to play against.

Mr. Ball Magnet > Chick Magnet. Or so we like to think.

Love ‘em or hate ‘em, at the end of the day, you just have to compete. Besides, you’ll always have a good story to tell after playing with these pick-up game characters. So, ano? Game na! Miss mo na!