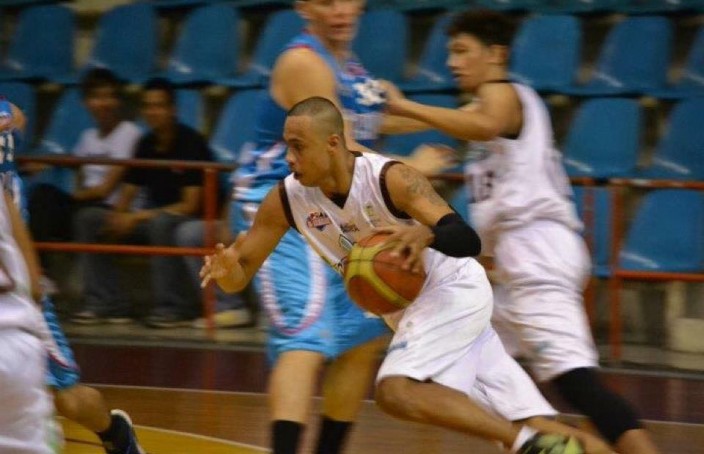 Tagged with PBA, starting 5ive
Spread the love
Nervous energy filled the Robinson’s Midtown Mall in Ermita, Manila on a regular Sunday afternoon in August 2012. It’s the annual PBA Draft. Each time PBA Commissioner Chito Salud walked up to the podium to call a name, the anxiousness of some of was replaced with elation. For the others, despair subbed in.

June Mar Fajardo and Calvin Abueva were the first names called after being selected by San Miguel and Alaska, respectively. Their fellow amateur stars didn’t wait too long as well. Other players picked in the first round included Alex Mallari, Cliff Hodge, Aldrech Ramos, Chris Ellis, Chris Tiu, and Vic Manuel. Highly touted college players like Dave Marcelo, Yousef Taha, and Emman Monfort slipped in the second round. It was a stacked draft class.

Among the 58 hopefuls was 26-year-old long-shot Stephen Siruma. One by one, he watched his contemporaries get onstage to receive a team cap and a team jacket. He waited and waited for his name to be called. He never heard it.

The year before, the PBA renewed the old unlimited round format in the draft, replacing the two-round limit that was instituted in 2005. But even with the favorable concession and the 2012 draft stretching up to five rounds, Siruma still found no takers. In all, 19 aspirants weren’t chosen.

PICKING UP THE GAME

Stephen or “Tep” as he’s called in his hometown of Meycauayan, Bulacan, began weaving his hoops story as if he was the lead character in an all-too familiar basketball flick. 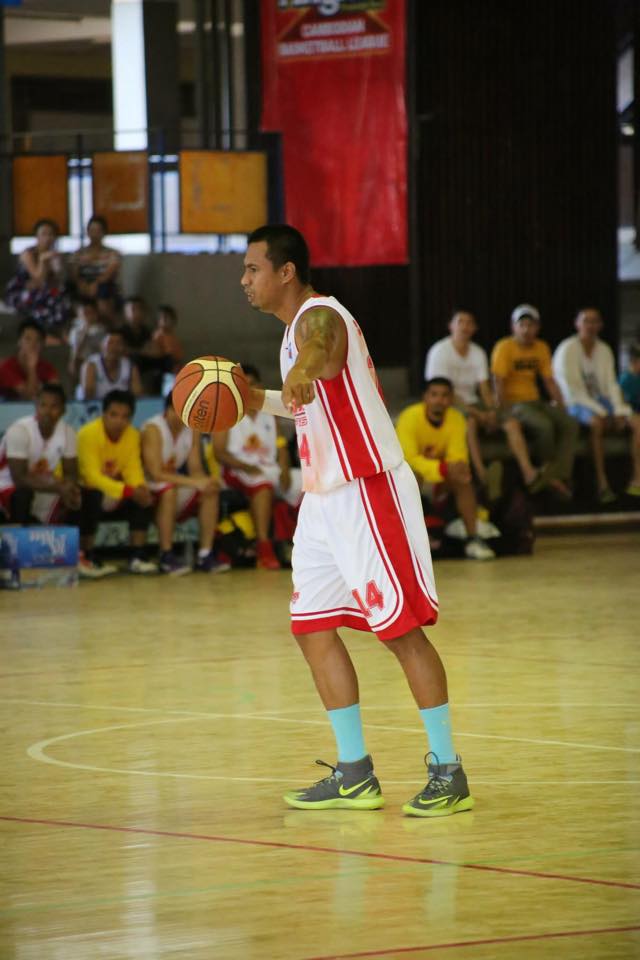 He immediately felt a connection to the game akin to someone meeting his soulmate. He had a natural feel for it. He was lanky but he had terrific balance. He had good ball-handling skills. He was a good athlete too—fast and agile—unexpected from a kid with above average height. But at first, he had to display his athletic gifts elsewhere.

When his focus exclusively shifted to basketball, Siruma became the big man on campus. He led the small school of Nazarenus College to titles in interscholastic provincial tournaments and won individual accolades along the way. With a strong open court game, a decent jump shot, and laudable defense, he looked skilled enough to go to the next level.

But despite a stellar stint in high school, things turned upside down when it was time to go to college. Coming from an unknown school, not a single major university recruited Siruma, forcing him to study in a local school without a full athletic scholarship program. He didn’t last long.

His quick stop at Meycauayan College would’ve been a total waste had he not met Aura Estrella. Aside from becoming his girlfriend and eventual wife, she also played a role in Siruma’s basketball career, albeit inadvertently.

Siruma followed the suggestion and got what he wanted. St. Clare gave him a full athletic scholarship. In return, he was ready to do anything for his new school on the court. Unfortunately, it included participating in a sham.

At the beginning, it looked like his ill-advised move would pay off as then-De La Salle head coach Franz Pumaren took a genuine interest in him and even met with his family. Of course, Pumaren didn’t know Siruma was hiding something.

Allegedly, his coach at St. Clare tried to keep the charade going as long as he could solely because he wanted to cash in on dealing with the Green Archers. But as always, the truth came out. De La Salle grew suspicious and Siruma could no longer burden his conscience.

But repentance came too late.

The setbacks were debilitating. But they also pushed Siruma to do what he should’ve done in the first place: let his talents do the lobbying for him. He returned to St. Clare to make things right. His conniving coach was already gone and was replaced by former PBA player Joel Dualan.

With his newfound fire and considerable size advantage at the guard spot, Siruma thrilled the new Saints tactician.

Even though Siruma was a major plus for the team, Dualan felt his new playmaker could shine brighter on a bigger stage. He saw his potential and immense desire. Dualan offered Siruma to join him at Philippine Christian University (PCU), where he was an assistant coach. 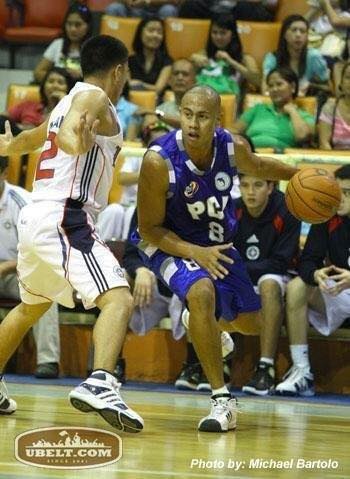 Siruma once again switched schools and followed his coach to the San Marcelino-based club. The timing was perfect too as Dualan was soon promoted to head coach, replacing Junel Baculi who resigned due to health reasons.

After going through a couple of stumbling blocks, Siruma’s decision paid dividends.

But as he quickly learned, fate seldom eases up on people. Just when his rejuvenated career was gaining steam, another huge obstacle arose. In Siruma’s fourth year, PCU decided to take an indefinite leave of absence from the NCAA to “police its own ranks.”

Without a scholarship, Siruma was forced to give up his education (he was studying Business Management) as monetary needs became his main priority. He tried his luck in what was then the PBA prep platform, the Philippine Basketball League (PBL). He, however, didn’t make the cut, serving him another heavy blow. Not opting to give up, he turned to commercial leagues for income.

Although he was getting paid, he wasn’t where he wanted to be. He waited patiently for the right time to try again. In 2011, it looked like Siruma would be able to break his “losing streak.”He landed a gig in the newly formed PBA Developmental League, the successor of the PBL. But just when he thought it was a sweet success, a bitter aftertaste followed.

But with his PBA ambitions closer to him than it’s ever been, the resilient Siruma wasn’t about to let a broken arm stop him. A year later, spent mostly to recuperate, he managed to crack the D-League anew as Boracay Rum hired his services. Suiting up for the Waves in full capacity, he used his length and an all-out hustle to leave his mark as one of the better defenders in the league.

With a fairly successful stint in the D-League, he decided to join the 2012 PBA Draft. Although it was once again an empty trip, his outlook on the whole process remained positive.

Normally, an aspiring pro player who’s been rejected numerous times would’ve just quit and looked for a regular day job. For some, if not delusion, depression may even set in. But Siruma’s determination trumps the disappointments he has experienced. He continued to hustle and played for Boracay Rum until May of 2014.

His resolve and love for basketball has enabled him to lead a life without much regret. Today, 29 years old and a father to a six-year-old daughter, Siruma is providing for his family by playing in the Cambodian Basketball League as a member of the Extra Joss Fighters. At peace with what he’s achieved, he isn’t bothered one bit by the notion that his PBA dream is now a far-fetched reality. 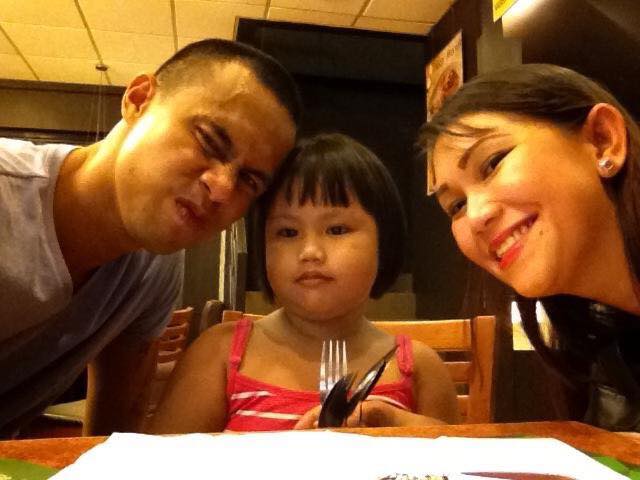 On the court and beyond it, Siruma’s resilience stands out. But for him, his remarkable ability to get up after every hard fall is simply about his passion, motivation, and faith. His name may not have been called in the PBA Draft three years ago, but he sure knows his true calling.

Starting 5ive: Who to watch out for in SLAM Rising Stars

Starting 5ive: Things to learn from the Gilas heartbreak