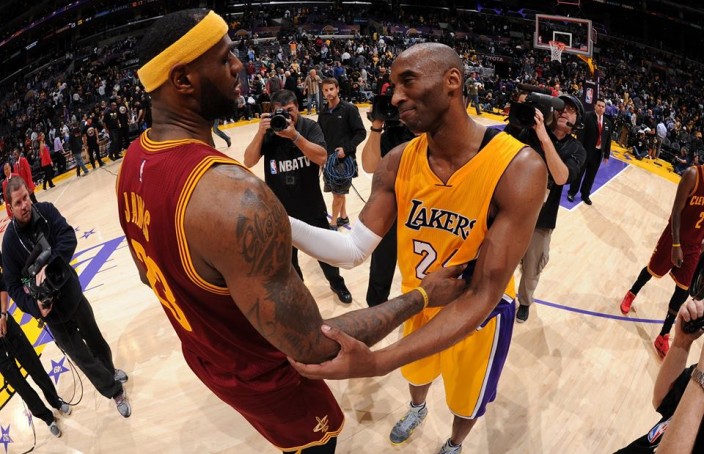  The 2016 NBA All-Star Weekend is upon us.  Here are five things we’d love to see over the next few days.

ZACH LAVINE ALL OUT

Minnesota’s Zach LaVine took the world by storm last year by unleashing a number of dunks that left spectators and fellow players in disbelief. The crazy thing here is that he has gone on record to say that those weren’t even his best dunks. Now we can easily brush this off as bravado, but something tells us he has a few more tricks up his sleeve.

The crop of dunkers in this year’s competition is impressive though.

Detroit’s Andre Drummond has to do something absolutely unexpected to take dethrone Mr. LaVine. There’s always a stigma against bigger players that join this competition because dunking is (supposed to be) easy for them. Denver’s Will Barton has mad hops and has shown flashes of creativity. He could be a serious contender this year. But if anyone is gonna beat LaVine, it most probably will be Orlando’s Aaron Gordon. He has boundless athleticism and flair.

Will LaVine somehow convince Kuya KG to be a human hurdle? Will LaVine rock a Vince Carter Raptors jersey? You know that will get the Toronto crowd going–we can already see Drake busting out the Hotline Bling shimmy. Will he break out a dunk that no one has ever seen before? Let’s hope he does all of that.

We were tempted to say that we’d like to see a big man win this thing, but we’d really rather see our kababayan JC take this. Clarkson has the requisite skill and speed to win this thing. He also has a decent shot from outside. If you look back at last year’s competition, the 3-point shot proved to be the downfall of Brandon Knight.

Skills aside, a big part of this challenge is just taking this seriously. We’ve seen it year after year. Guys are selected to join, but are too cool to exert any effort. Houston’s Pat Beverley won it last year by actually sprinting and competing while everyone else seemed to jog through the course. Let’s hope Jordan goes in there with his mind set on winning this thing. You know that Draymond Green is gonna bring it.

We see it being a toss up between Green (out of sheer will to win), Boston’s Isiah Thomas (based on speed) and Clarkson.

Aside from the All-Star Game itself, the 3-Point Contest has always been our favorite event. We love the display of marksmanship, the time element, the drama. Stephen Curry won it last year by beating out his teammate Klay Thompson and Cleveland’s Kyrie Irving in the championship round. What sort of drama could unfold this year?

Is there a 3-point rivalry brewing between the Splash Siblings? Maybe Klay triumphs over Steph this time. Can Devin, uhm, book his way to stardom by winning? Will animosity between the Dubs and Clippers manifest between JJ Redick and either of the Warriors? Can sleepers Khris Middleton and Kyle Lowry come up with an upset?

You know what else would be cool? If one of the competitors comes out wearing a jersey in tribute of a great shooter. We see it in the dunk contest. Why not the 3-Point Contest? Imagine Steph/Klay putting on a Mullin jersey. Or Middleton rocking a Michael Redd jersey. Maybe, just to mess with Steph, Lowry can bust out a Dell Curry jersey.

This match up was built up over the years. They made the puppet ads. There has been constant debate about who is better. There are errant rankings. Sadly, we’ve never really seen them face off against each other.

Sure, we’ve seen them play a few regular season games, some Christmas games, but nothing really intriguing. They never faced each other in the Playoffs because they play in different conferences. This All-Star Game could be the time for that duel to take place.

Obviously, Kobe is at a disadvantage here because of his age and his many injuries. But you know he won’t back down and will relish the challenge. This, of course, would be highly reminiscent of the showdown between a young Kobe and an on-his-way-out MJ in 2003. All-Star Games are made for these moments.

We’d like to think that the other All-Stars would allow this showdown to happen. Hopefully, the game is close to allow for some drama and tension. Dig, if you will a picture: a tied ball game going into the last two minutes of the fourth quarter. Kobe and LeBron going back and forth. Scoring on each other, defending each other. Setting up teammates to score. Ack. The glory. The drama. This would be a perfect send off for the Black Mamba.

Let’s all pray that it happens.

Yet another snub for one of the best guards in the league. Is Damian Lillard becoming the NBA’s version of Leonardo Dicaprio? What does he have to do to get an All-Star spot? He’s been fighting bears since he got into the league (he had 17 points, 4 rebounds, 6 assists and 1 block in his first game against the Grizzlies).

They should dim the lights, stop the music and game play in the second quarter, and let Dame bust a quick 16 bars ripping other coaches and players. Let him go Fliptop on these coaches and voters that disrespected him.

The good thing for Blazers fans and Fantasy owners that have him is that he uses these snubs as coal to the already piping hot fire that burns within him. Expect him to go off on everybody in his way in the second half of the season.

Those are just five things that we’re hoping to see. We’re sure there will be a myriad of highlights and great moments this weekend. What are you hoping to see? Let us know!