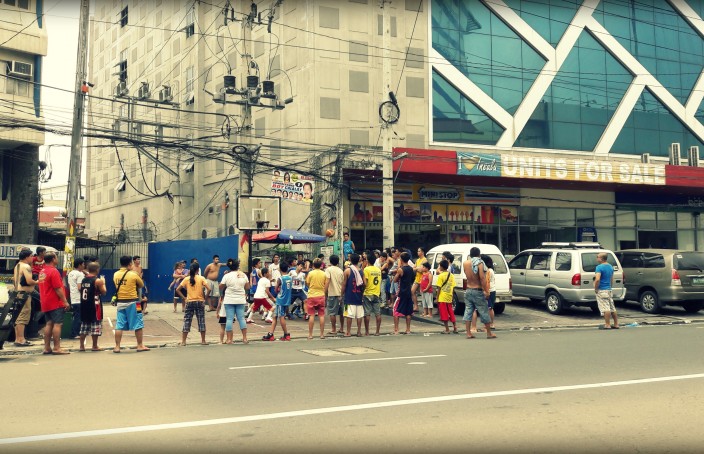 Tagged with Dayories
Spread the love
For the past four weeks, residents of a small barangay in Quezon City have gathered here for their Sunday habit. This is the mall. This is church. This is their PBA. 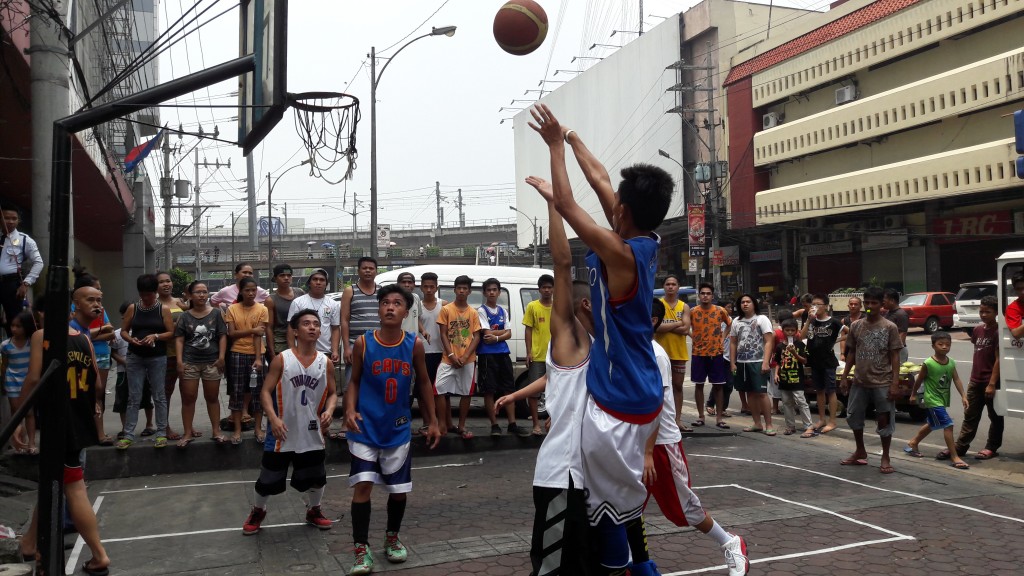 It was 12 noon on a Sunday and the game was as intense as the heat. Team White vs Team Blue. A chance to meet Team Black in the finals was on the line. 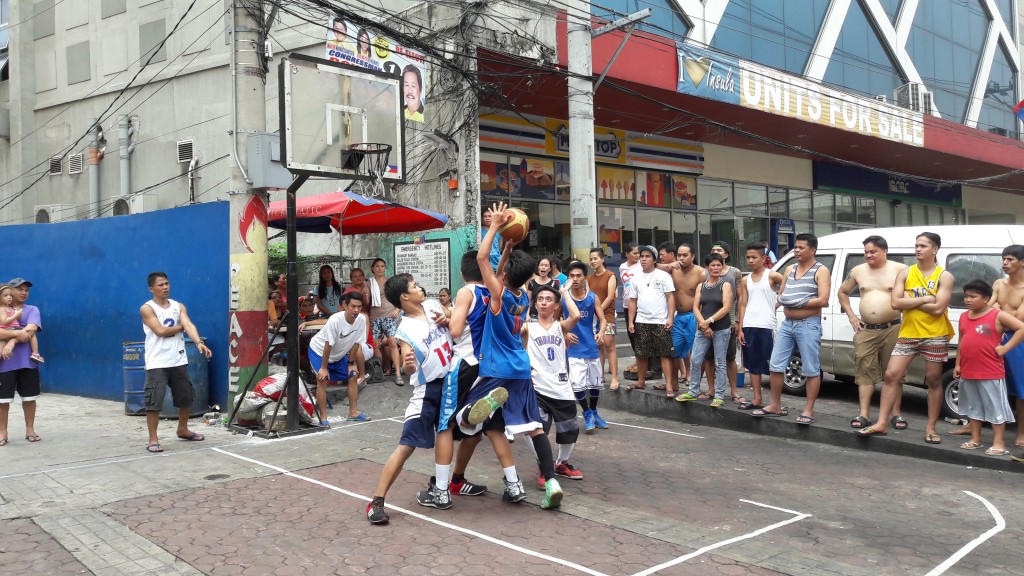 The jersey of the smallest guy on the court had”Westbrook” emblazoned at the back, but his moves screamed “LA Tenorio.” He rolled out a highlight reel of step-backs, crossovers and high loopers like it was the 2012 Jones Cup. 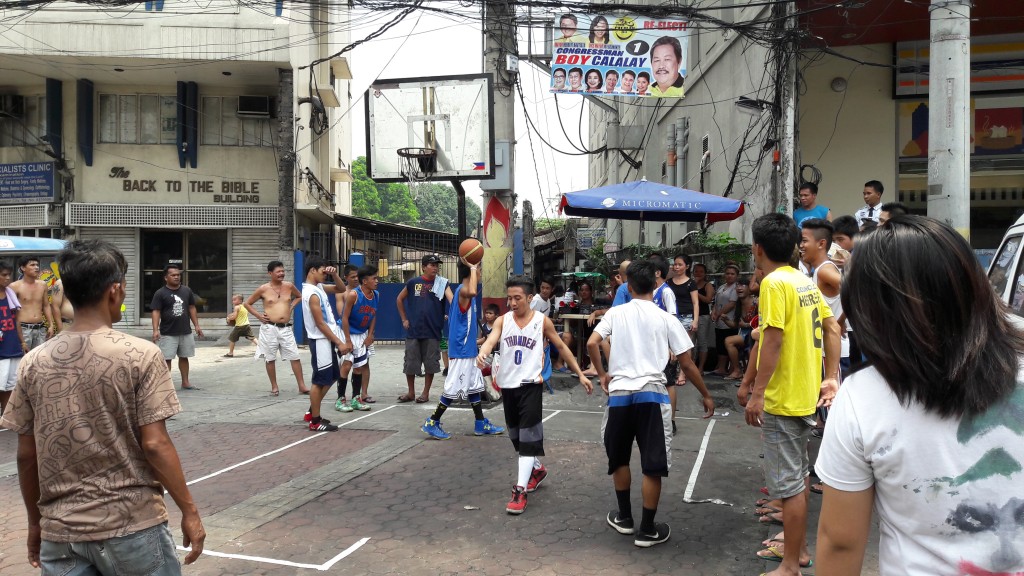 On one play, he asked for a clear out from the left side of the court and surveyed the floor, which in this 3-on-3 league is a cement driveway with a free-throw line and three-point arc marked by heavy duty masking tape.

“Saksakan mo!” someone from the crowd urged him. Channeling his inner Westbrook, he obliged. The defense had no chance.

On another possession, he played court general and connected with a cutting teammate.

“Utol ko ‘yan,” Gomer, one of the spectators, tells BuhayBasket. Gomer plays for Team Black, and his brother, Mark, plays for Team White. Gomer watched the important semi-final game to scout the competition. He takes the games seriously–a trophy and P1,000 cash are at stake for the champions. 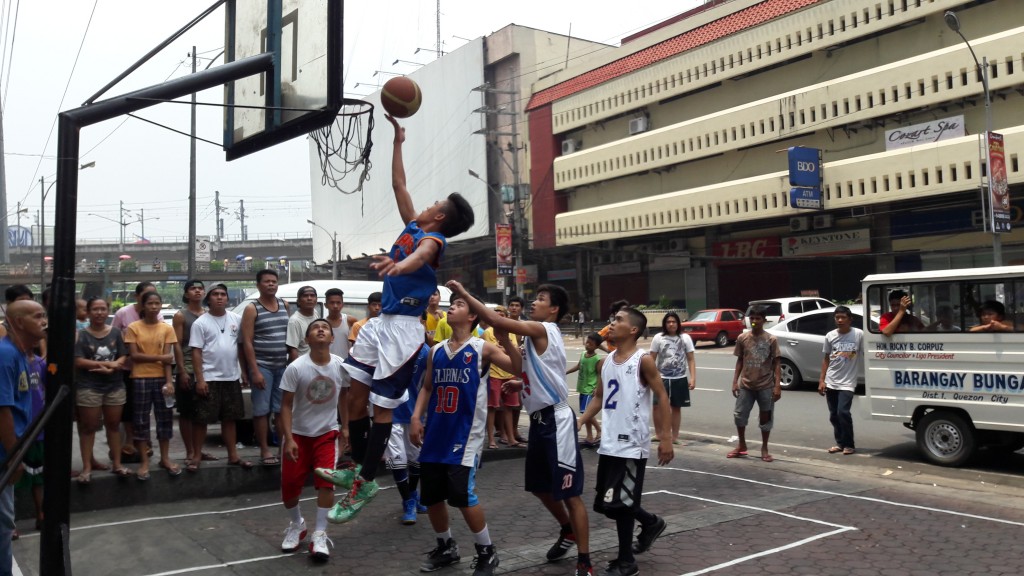 Players had to cough up P25 each to join the league, a small amount to cover expenses for the trophy itself, game officials, and masking tape, perhaps. 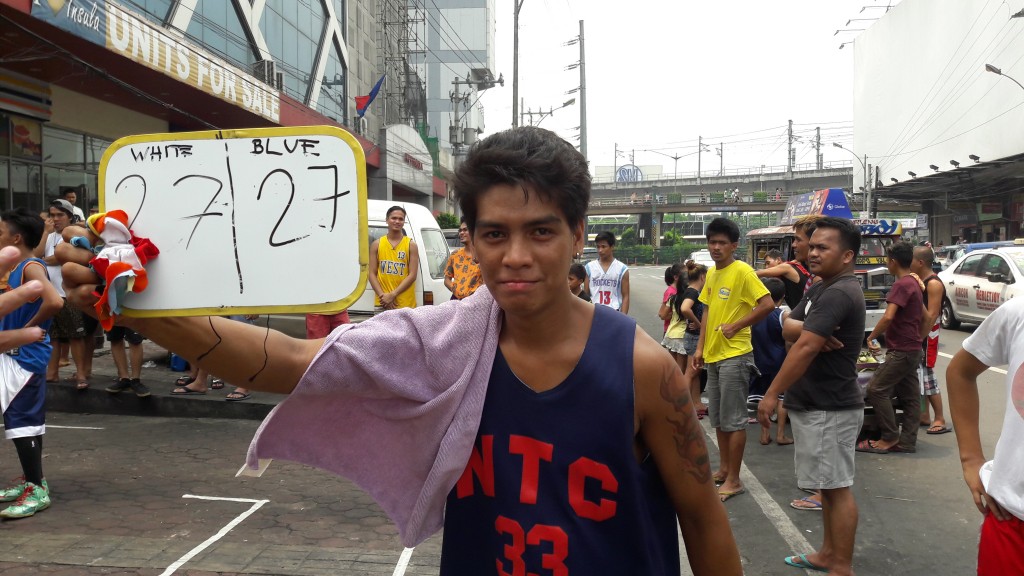 Midway in the third quarter, the referee inexplicably exited the game (running away as if he something was burning in the oven), prompting the crowd to play hot potato with the whistle. The players used the downtime wisely by replenishing lost electrolytes and fluids with buko juice. 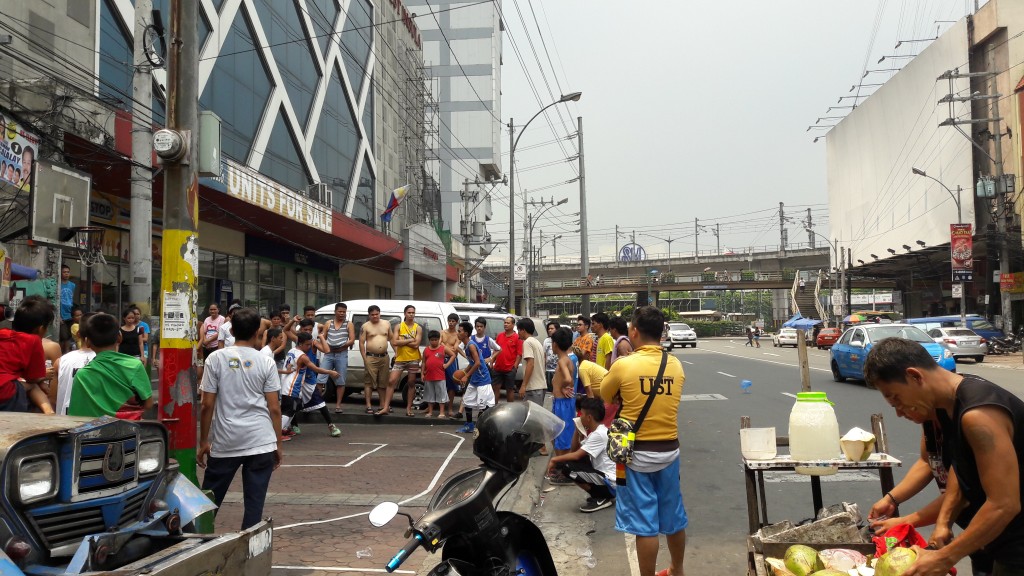 Several people walking along West Ave. paused once in a while to watch a highlight or two, probably intrigued by the novelty of it all: six guys in Harden, Love, Irving, Westbrook, and Gilas Pilipinas jerseys going all out by the street as if thousands–and not 30 people–were watching. 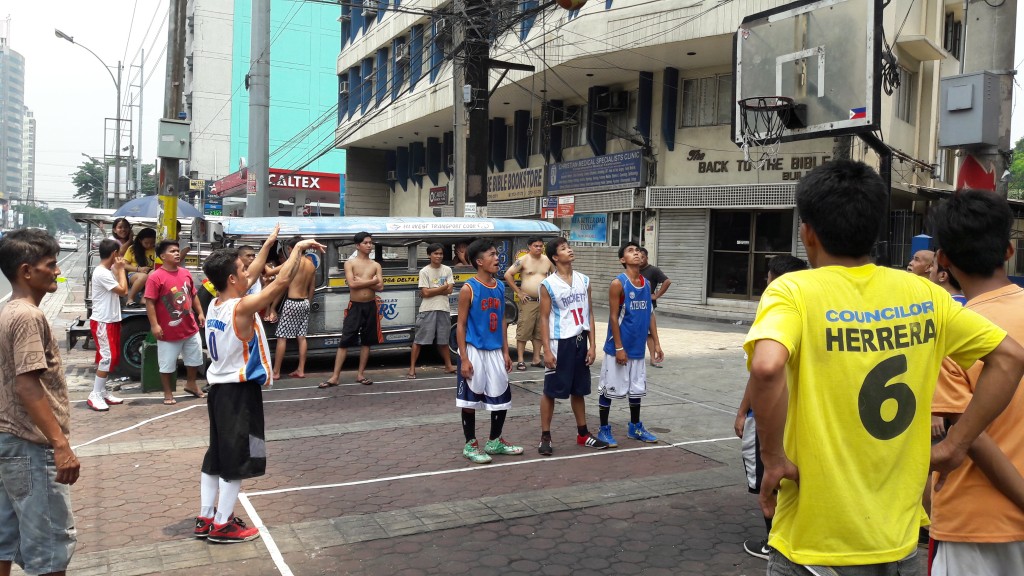 A bigger crowd is expected next Sunday for the finals, when Gomer takes a break from being a cigarette vendor and suits up as a Brgy. Bungad All-Star to face Team White and his brother. 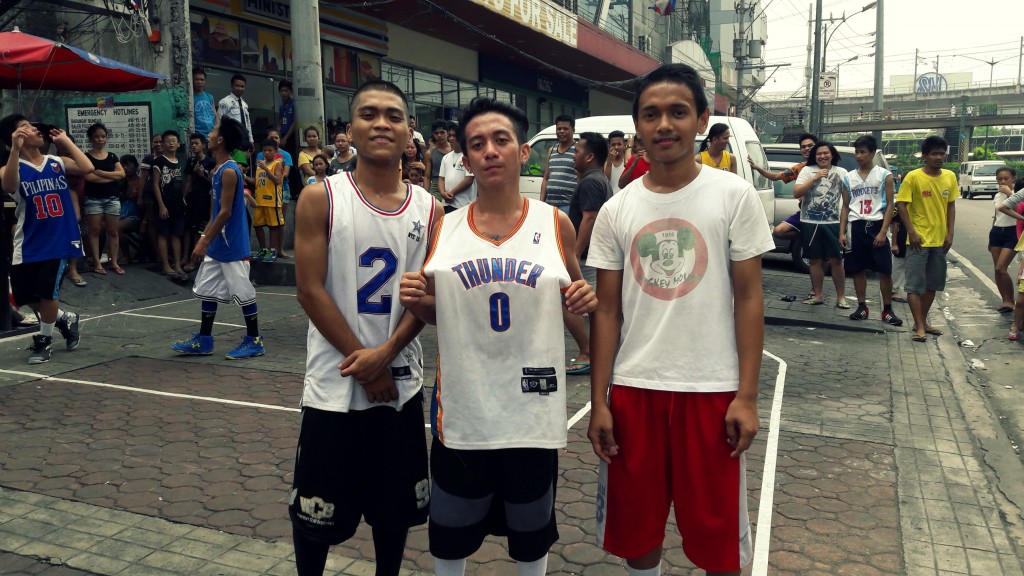 It’s going to be a big game for a small barangay that worships basketball–let’s all hope the referee stays this time.