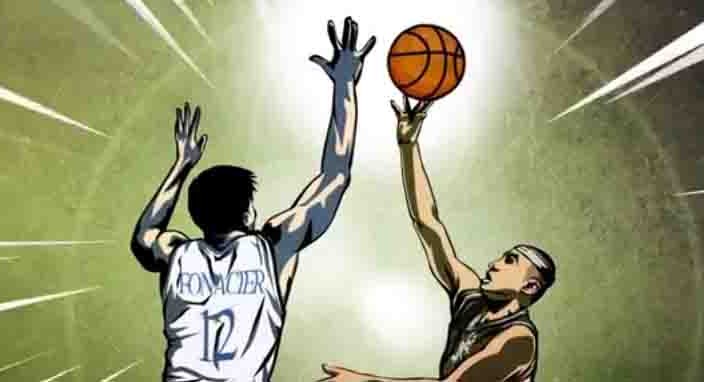 Tagged with Gatorade, Larry Fonacier, Mark Cardona, slam, UAAP, wwyw
Spread the love
In Episode Five of Where Were You When?, we look back at the time Larry Fonacier blocked Mark Cardona twice…and Wesley Gonzales was there to enjoy every second of it.

Fifteen years ago, La Salle was one win away from sweeping the elimination round of Season 65. Standing in their way were their arch rivals. Ateneo denied them of that final win. That was the set-up for the epic Finals rematch that everyone was waiting for. The defending champion Green Archers up against the underdog Blue Eagles.

Game 1 of the 2002 UAAP Finals was a tense, back-and-forth battle between the two bitter rivals. It was an instant classic that ended with one of the most iconic defensive stops in UAAP history.

But the story doesn’t end there. It was a different time back then. The rivalry was a little bit more intense.

“Sa amin, ‘pag bumagsak ka, we make sure that you stay down,” Wesley Gonzales says proudly about his battles against the Green Archers.

Everyone knew where Wesley was at that moment.

Where Were You When? is a video series by BuhayBasket and SLAM Philippines, presented by Gatorade.

Check out these episodes:

Episode 1: Where Were you When: Dino Aldeguer Hit “The Shot”?

Episode 2: Where Were You When UST Pulled Off “The Miracle”?

Episode 4: Where Were You When a Rookie Dropped 30 in the Finals?

Where Were You When UST Pulled Off ‘The Miracle’?

Where Were You When Gilas Took on the World?

Where Were You When Gilas Took Down The Giants?