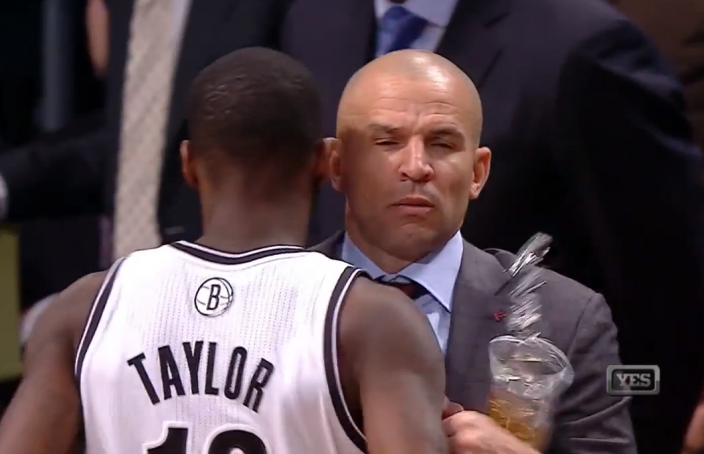 Have you ever seen the greatest trick that Jason Kidd ever pulled as a coach? There’s a video of this on YouTube, and it’s the most entertaining thing you’ll ever watch today. Probably.

It wasn’t a slow Tuesday at all if you’re Jason Kidd (he just lost his coaching job in Milwaukee), so I did my rounds on YouTube for something JKidd to watch. And you know how that usually works: you start with “Jason Kidd Best Passes” and then somehow you find lost yourself in a maze of basketball videos that end with a clip not even related to basketball, like Coach Kidd “accidentally spilling” his drink on the court to delay the game and buy time to draw up a play.

In the video, Kidd, holding a cup of soda, appeared to tell his player Tyshawn Taylor to hit him. The bump resulted to Kidd spilling his drink on the court, giving his team an extra timeout while the mess is mopped up. The stunt cost him $50,000.

Here’s a play-by-play of Kidd’s chicanery, so you won’t need to watch this video: https://www.youtube.com/watch?v=TKcRujU9kEA

00:00: The scenario: The Brooklyn Nets are down two points, 94-96, against the LA Lakers with only 8.3 seconds left in the game. Jodie Meeks is at the line to shoot freethrows. Kidd is out of timeouts.

00:01: This is how Kidd HOLDS A SODA CUP during the most crucial part of a close game. Raised high, close to his chest. Nothing weird about it at all. 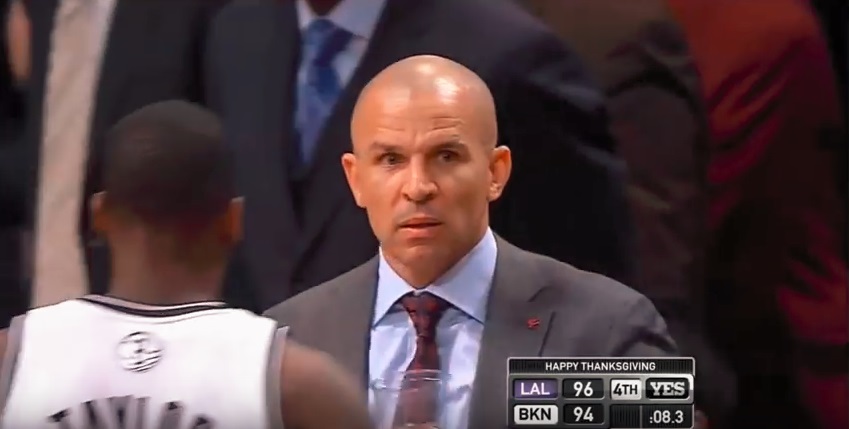 00:02: This is how Taylor walks towards his bench during the most crucial part of a close game. Barreling through his coach, who he clearly sees is holding a soda cup. Perfectly normal. 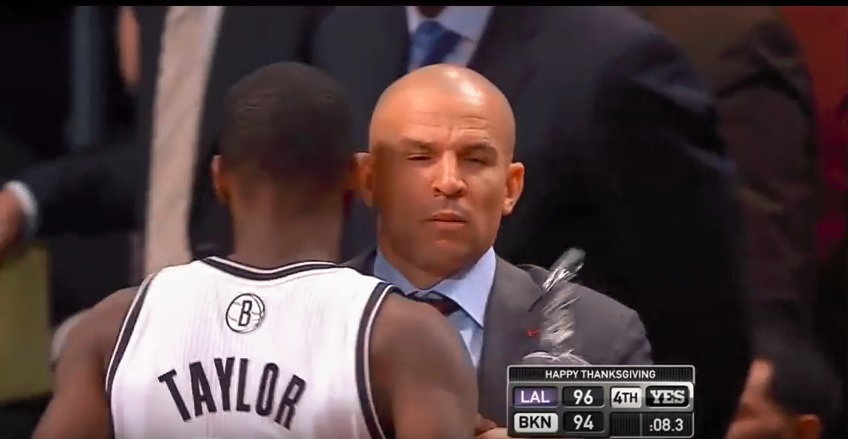 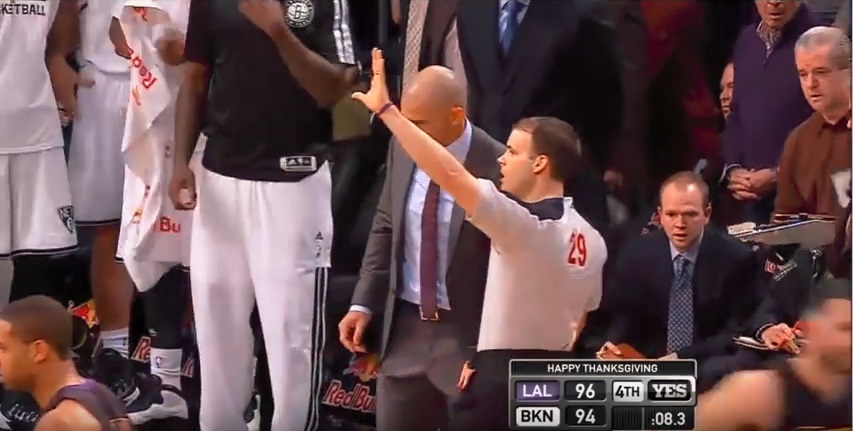 00:14: Jason Terry, good soldier that he is, walks over to check on the scene of the crime. He’s there in case he needs to provide a corroborating statement. 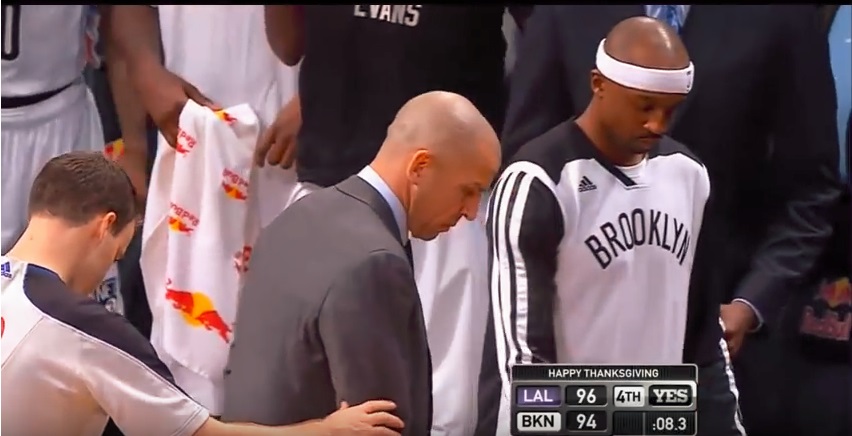 00:23: Wait a minute. The replay shows that Kidd said something to Taylor before the bump: “Hit me.” 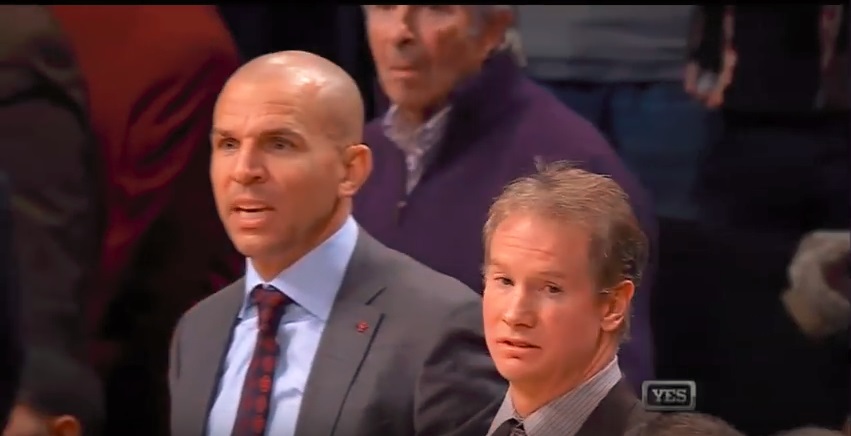 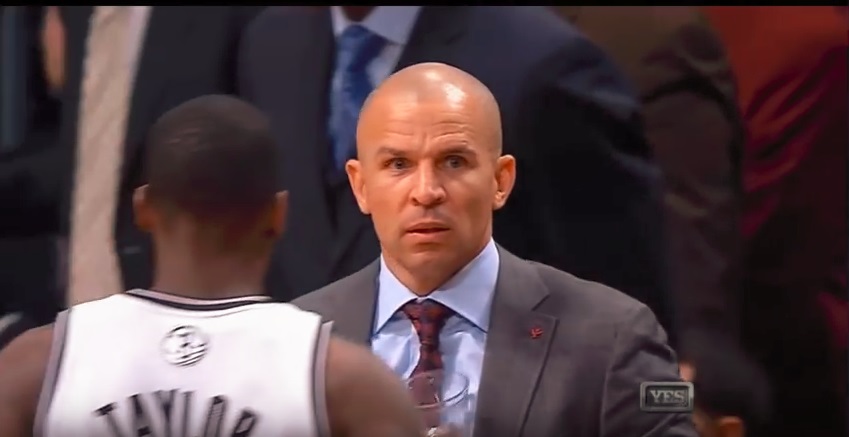 00:37: While the refs are distracted, the Nets do a quick huddle. Steve Blake listens in because what are rules anyway. 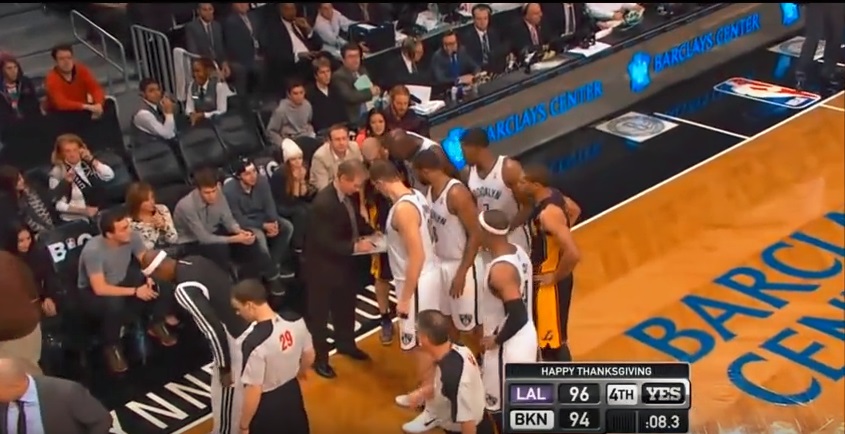 00:50: Jason Kidd was a wizard on the court. Quite possibly demoted to being a B-list actor slash savvy trickster as a coach. Teams not named the Milwaukee Bucks could use more of those. Safe travels, Coach Kidd! 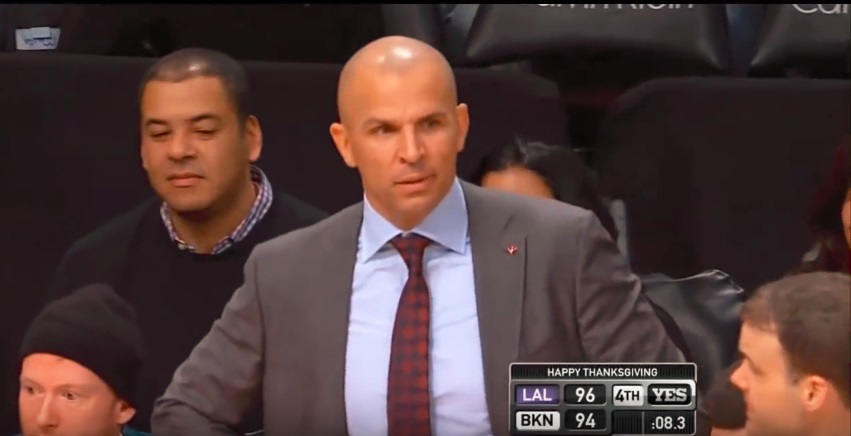