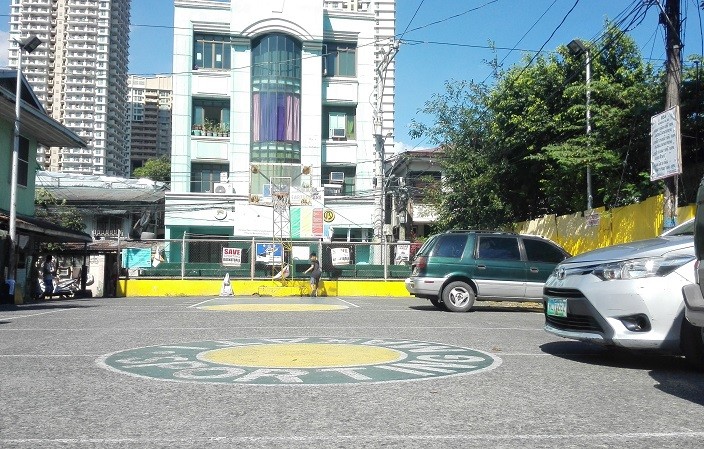 Tagged with Dayories
Spread the love

A trip to do errands ended up finding a basketball court at the brink of extinction.

Brgy. Poblacion, sitting humbly at the fringe of Makati’s business district, is known for its bustling bar and restaurant scene that caters mostly to those who are stirred by obscure night spots. The streets have a unique and lived-in vibe—a hip movement against the tired, paint-by-numbers creativity of upscale Makati.

On the quieter side of the Poblacion neighborhood, far from anything artisanal or handcrafted, is a similarly obscure hangout: the Makati Sporting Basketball Court.

I stumbled upon the open court while driving along S. Osmeña St. in search of a hardware store (which may or may not be a hipster thing to do on a Thursday afternoon). Or rather, I saw several signs that led me to the court. The first sign I saw was draped in one of the houses. It said: “Save Sporting Basketball Court.” A few meters away, hung in a sari-sari store front, was the same sign. Then again on another house, on a wall, on another store. 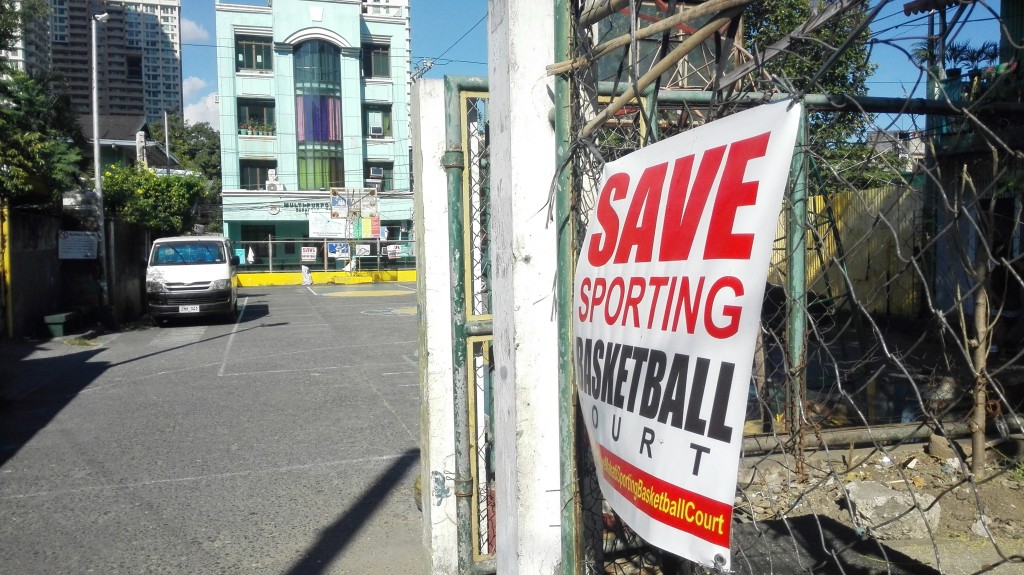 The court wasn’t hidden in any way, I didn’t have to jump on any fence or whatever, but I did feel a bit like Richard discovering The Beach. Sandwiched in between a car shop, a couple of houses, and an empty lot was the Makati Sporting Basketball Court. And as expected, a couple of kids in flip-flops (one of them was wearing Crocs, he must have been the Kobe of the group) were shooting hoops under the scorching sun. 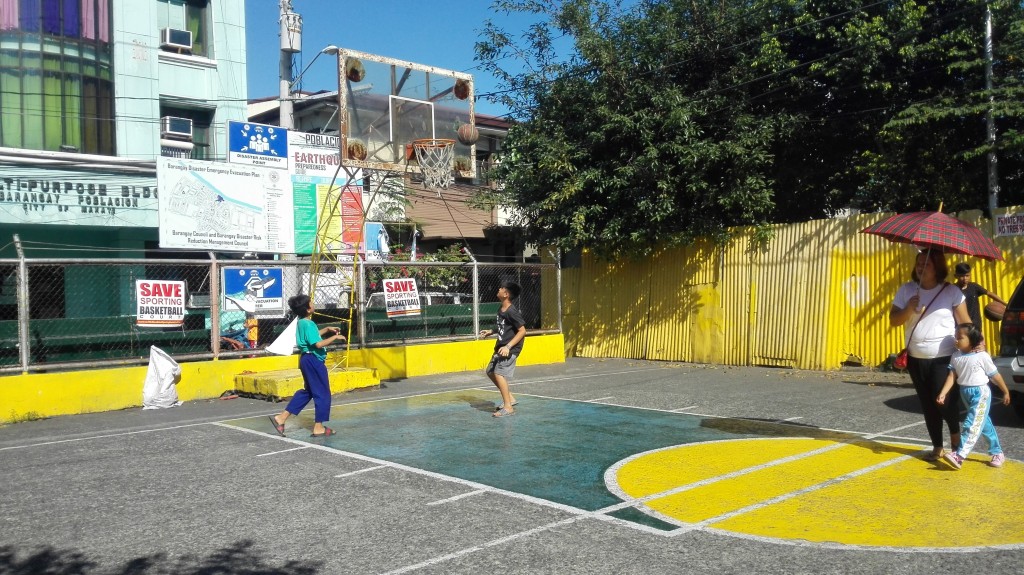 I asked them if they lived in the area, and one of them looked at me like I just asked if the earth was round; another just nodded. So I pestered another guy, who was hanging out at the sari-sari store, to ask him what “Save Sporting Basketball Court” was all about. Was it another hip movement in Poblacion? 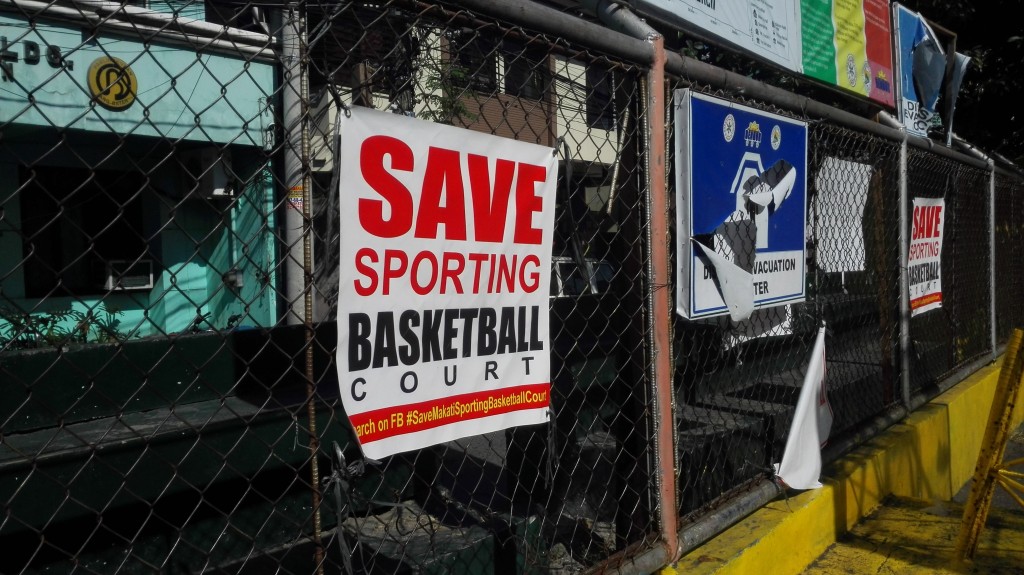 “May itatayo daw diyan, eh syempre gusto may pasukan ng tao,” he said to me, pointing to the empty lot beside the court. The city’s plan is to demolish the court to make way for an access road, but plans have yet to be finalized, he said.

He told me the court has been part of the neighborhood before he was even born. He’s now 46 years old.

He wished that the city government would rethink their plans. A Facebook page and an online petition were created in hopes that the residents would be heard. This is a familiar story told by basketball courts all over the metro in constant tug-of-war for real estate. 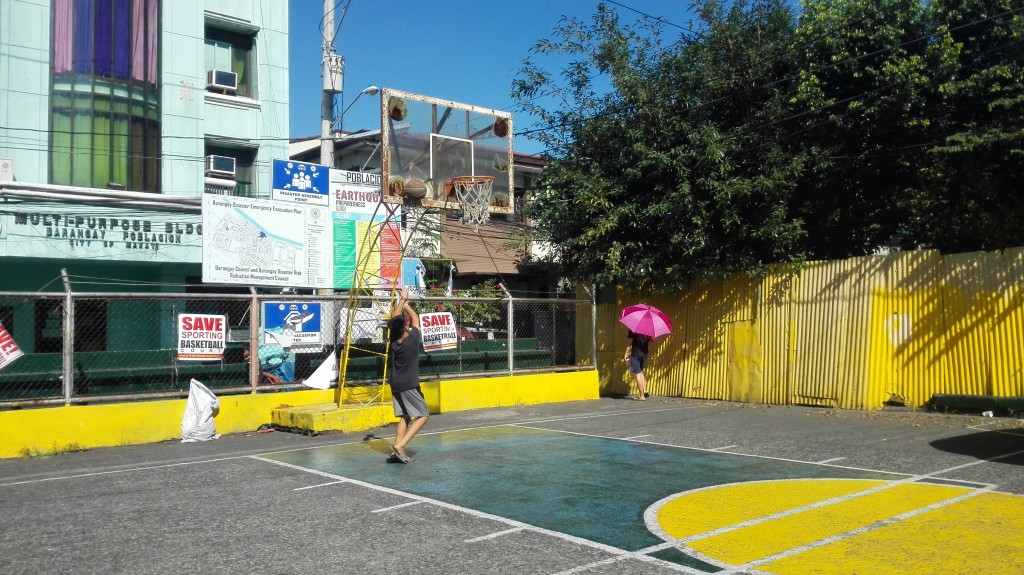 My new friend, who introduced himself as Ambo, lived a few steps away from the court, where he spent most of his days growing up. From being a regular liga player, Ambo said he moved on to organizing the league for the kids.

“Madaming magagaling dito,” he said. For this year’s summer league, Ambo will be one of the referees. 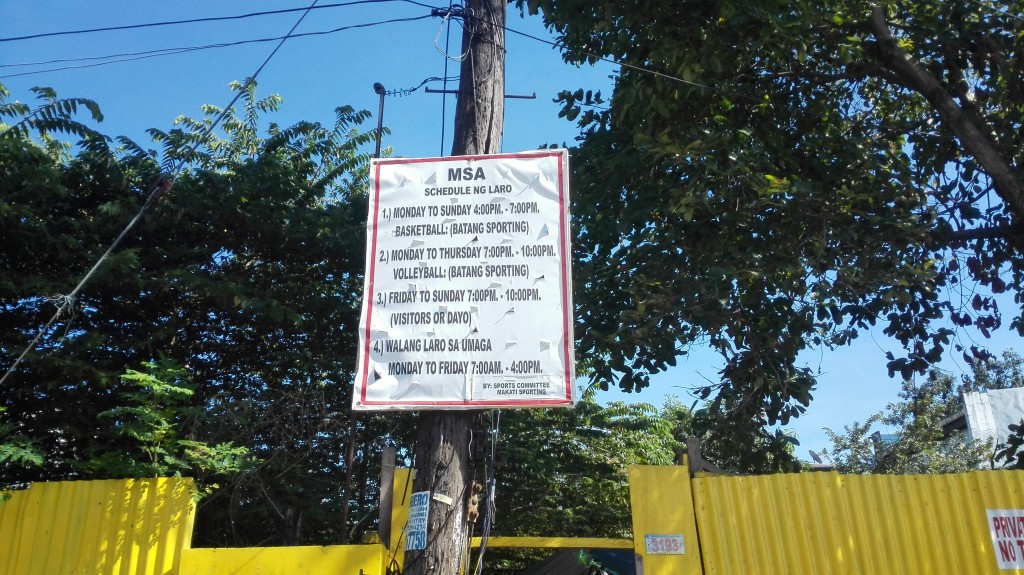 As I was about to leave, I asked the kids if they will be playing. They all said yes.

“Sa March 10, simula na,” one of them said. I might drop by this side of Poblacion again to see them play. I never got to the hardware store. I guess it can wait. 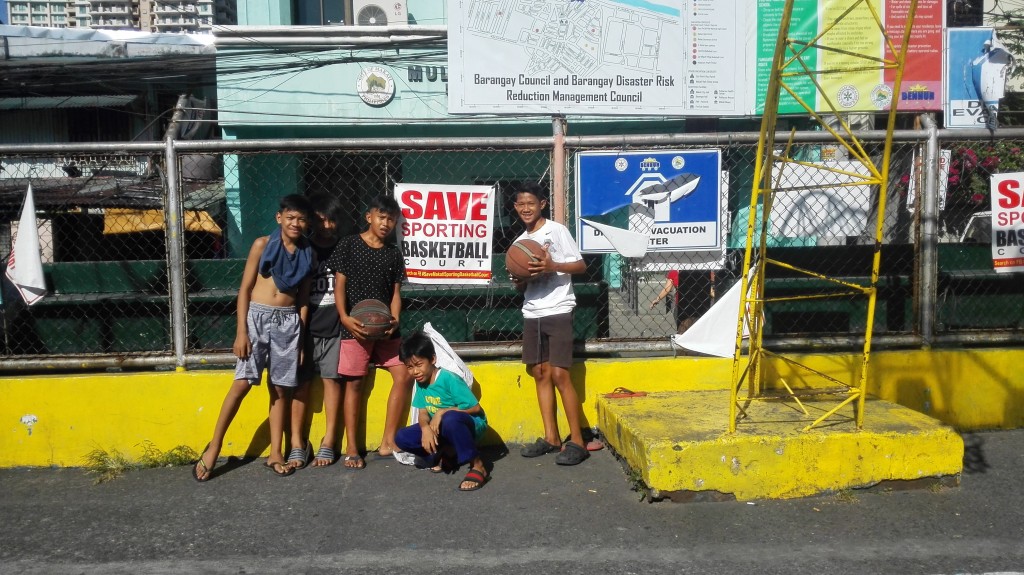